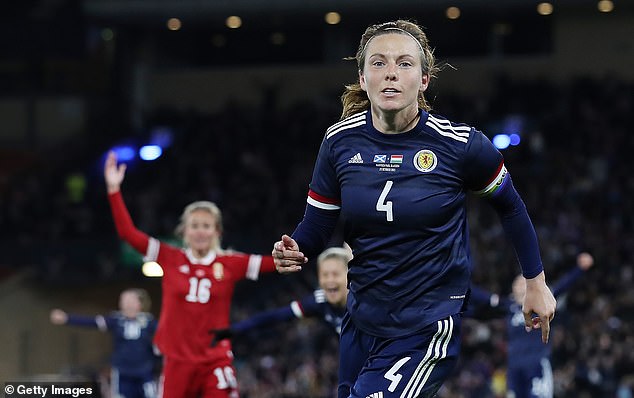 Rachel Corsie has gone from playing on concrete car parks to playing at Hampden.

The Scotland captain has the honour of leading her country out at their national stadium after women’s international matches were moved there last summer.

It is a world away from Corsie’s beginnings in football with hometown club Aberdeen, where the training facilities left a lot to be desired.

‘We trained on the car park behind the stadium, no grass or anything. Literally it was a concrete car park,’ Corsie laughs.

‘Seeing the club now having a much bigger impact in the women’s game is something that I’m always really pleased to see.’

Scotland have played all of their 2023 World Cup qualifiers at Hampden Park and Corsie believes the move has had a major impact.

‘It’s amazing,’ says Corsie, who is one of the new Gym+Coffee ambassadors helping to drive female participation in sport.

‘Every single one of the players will tell you how special it is to play there. It’s huge for the women’s game, it is the national stadium, it’s what people think of when they see the national team playing.

‘For us to be given that opportunity matters and credit should be given for putting us on that stage. I know there are some other countries that have both the men’s and women’s teams playing at their national stadiums but I think probably Hampden has to be one of the most historical stadiums. 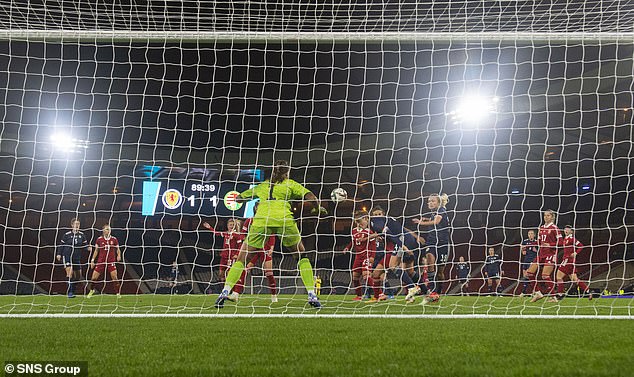 ‘It makes a huge statement and as players, when you’re given that opportunity, there’s always that little bit of extra fire in your stomach.

‘I think it’s an amazing thing that we get to play there, I know the girls absolutely love it. There’s a different feel to playing there.’

Corsie’s football journey is like many current professionals in the women’s game. The defender combined sport with studying, graduating from Robert Gordon University with a degree in Accountancy and Finance.

She approached a crossroads while playing for Glasgow City and working for accountancy firm Ernst & Young. Should she take the leap of trying to make it as a professional or commit to progressing her career off the pitch?

‘One of the partners of the firm was a big football fan and a big Scotland fan. His son had played at a semi-pro level. He said ‘maybe now is a good time to consider if you want to really think about taking up this opportunity [to play professionally].’

‘I think he had the realisation that there was potential for that, probably more so than I even realised. It was at that point I decided to see if I could make it.

Corsie has not looked back since deciding to take the plunge. After signing a professional contract with Notts County in 2014, the defender has enjoyed spells in America with Seattle Reign and Utah Royals and Australia with Canberra United. 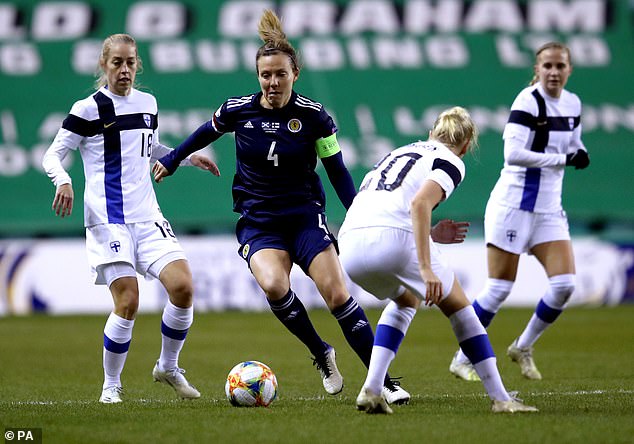 ‘I played with some of the best players in the world, Hope Solo, Megan Rapinoe. You learn a lot about yourself,’ Corsie says of her time abroad.

‘The best thing was the exposure to different people and different cultures. I think it’s something that you learn so much from.’

She is now back in England with Women’s Super League side Aston Villa, who are close to securing another season of top flight football.

But attention will turn back to the national team next week, with Scotland facing Spain in their 2023 World Cup qualifier at Hampden.

The Scots are second in their group, five points behind Spain and four points clear of Hungary. Corsie and her team-mates know they are in a battle for second place, which will put them in the play-offs.

There is even more determination to qualify for the tournament in Australia and New Zealand next year after missing out on a place in the Euros, which will be held in England this summer.

‘Not making it to the Euros hurts a little bit, because we had such a good opportunity to qualify. For those players that experienced that, we feel we need to make an impact to help ultimately get us to Australia.’

Corsie was the unlikely hero when she scored an injury time winner against Hungary back in October, a goal that could prove crucial. 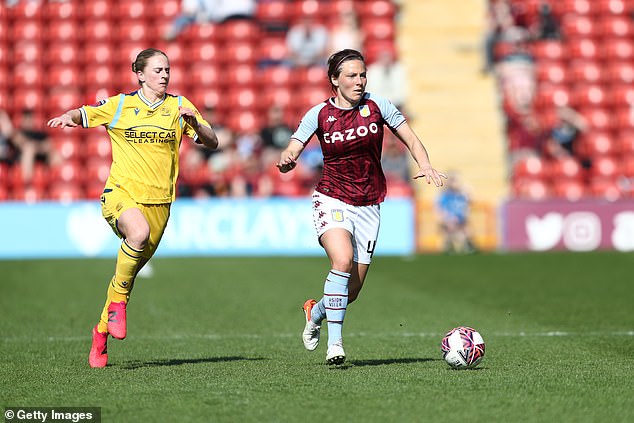 ‘I think that might be the most important goal I’ve ever scored. We’re in a good place. We still have to play Spain and Faroe Islands but we have the opportunity to ensure we finish second.

‘The play-offs will be tough, it’s very, very tough for any European side to qualify. There’s such huge quality.’

Scotland played in their first World Cup in 2019 and came agonisingly close to progressing to the quarter-finals but surrendered a 3-0 lead against Argentina. Their participation in the competition, however, has done much to grow the game north of the border.

‘I think it did a lot initially and I think perhaps we maybe haven’t fully capitalised on the momentum that we had created. The biggest impact it had was on the younger generation and the pathways that created for them. That’s the major change, the number of girls we have playing the sport and the opportunities for the girls even know they can play. That will take a number of years to build momentum. There’s been a huge amount of growth in Scotland.

It feels nice to know that you’ve made a difference.

‘I think the question I was asked most after we qualified was ‘you must have dreamt of this for a long time?’ I always remember answering that question with ‘I never in my life dreamt of being at a World Cup because I didn’t even know that was something I could do’.’

With Steve Clarke’s men still in the running for a place in Qatar next year, there is optimism that Scotland could qualify for back-to-back men and women’s World Cups for the first time.

‘Any time there’s gonna be Scottish in any competition, whatever sport it is, the whole country gets around it. We want the men to qualify and I know the men want us to qualify,’ Corsie says.

‘We have to keep the momentum going and to have back-to-back tournaments would hopefully make people proud.’

Rachel Corsie is an ambassador for Gym+Coffee. Find out more at https://uk.gympluscoffee.com/