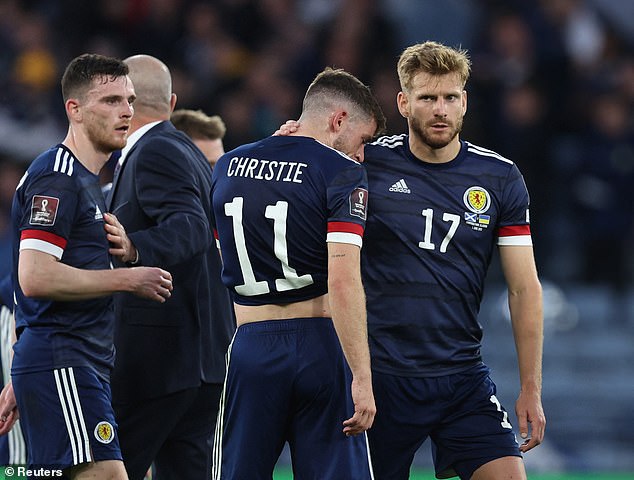 Scotland star Ryan Christie cannot bear watching Ukraine and Wales fight for spot at the World Cup, insisting that the play-off final would be a ‘tough watch’ after seeing his side crash out

By John Mcgarry for MailOnline

Ryan Christie admits he won’t have the stomach to watch Wales and Ukraine battle it out for a place in the World Cup on Sunday following Scotland’s dismal display at Hampden.

Heading into the play-off semi-final on the back of an eight-game unbeaten run, Steve Clarke’s side were second best to Ukraine and had no complaints as their hopes of reaching Qatar were ended with a 3-1 defeat.

Fuelled by the desire to take their place in the finals following the Russian invasion of their country in February, Oleksandr Petrakov’s players now travel to Cardiff with the world watching. 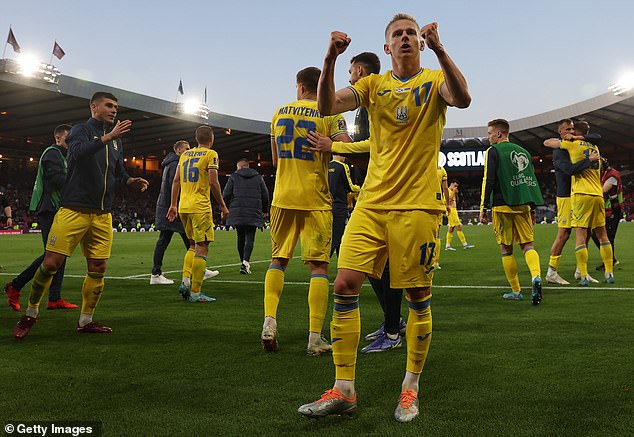 Christie believes Ukraine were fully deserving of the victory over a Scotland side which failed to come anywhere near to replicating the performance against Denmark in November which secured a play-off spot.

But he feels the pain of missing out will still be too great come Sunday as Clarke’s side start to come to terms with what’s slipped through their hands.

‘To be honest, I don’t even know if I’ll be able to watch that one,’ said the Bournemouth forward. ‘It would be a tough one to look at what could have been.

‘We certainly didn’t want to look too far ahead as we knew how big a game Ukraine was. 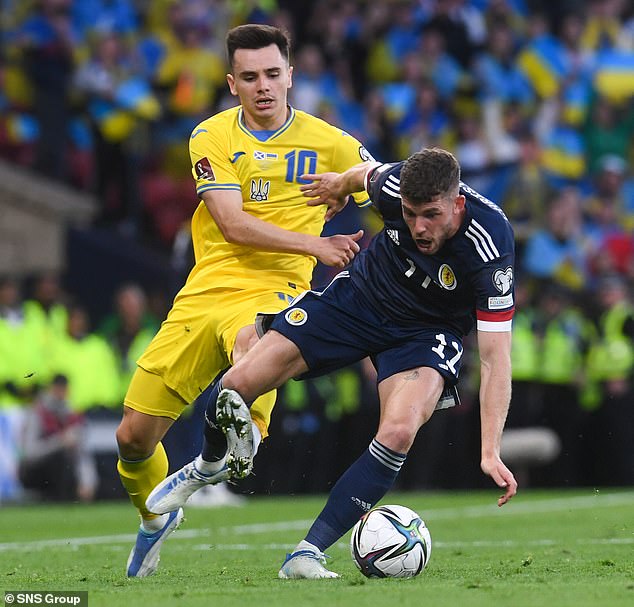 ‘We were hoping that we were the team that was going to Cardiff. It’s not to be, so whoever goes through will deserve it.’

Delayed from March on account of the war causing domestic football in Ukraine to be suspended, Wednesday’s game was every bit as emotional as had been anticipated.

Christie, though, didn’t accept that the reason for the defeat was Scotland failing to handle the occasion as well as their opponents.

‘I don’t think so,’ he added. ‘I spoke about that on the way into the game in terms of all the outside emotion which surrounded it. We were trying to block that out.

‘I think we’ve done exactly that in the camp. 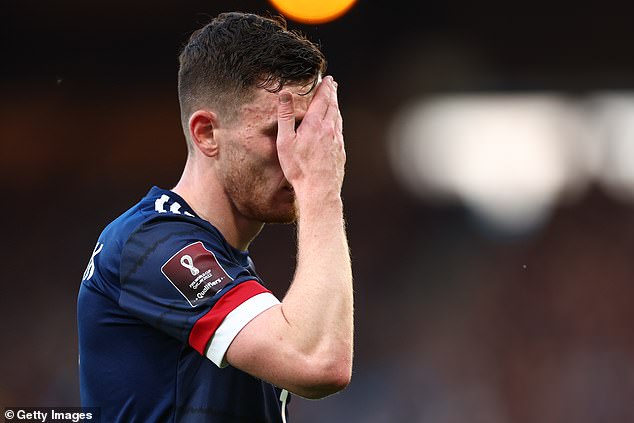 ‘Putting all that aside, I think they were just better than us on the night and that’s the frustrating thing.’

Faced with an unwelcome free weekend, Scotland must wait until Wednesday at Hampden to get back on the horse when Armenia come to Hampden in the opening game of the next Nations League cycle.

As with Euro 2020, the Nations League offers the prospect of qualification to the main event for countries who fail to finish among the top two in their regular qualifying group. 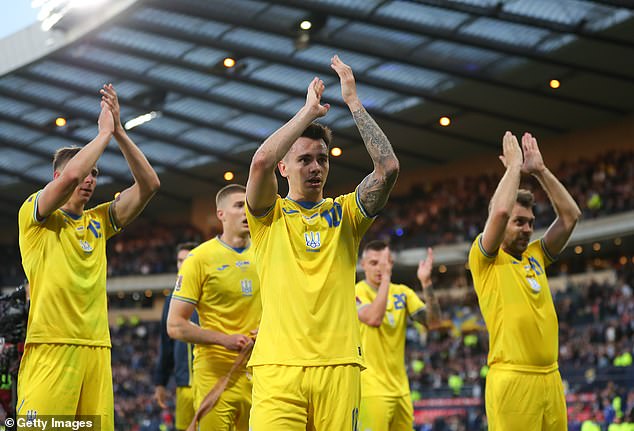 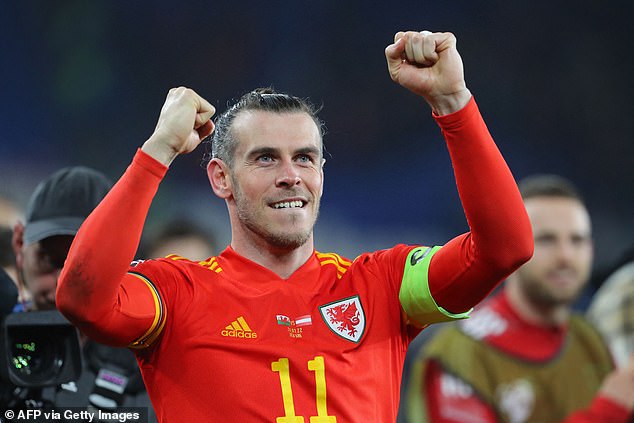 ‘I think if you ask anyone, as soon as you suffer a defeat the one thing you want to do is play football again, put it right and get a good result,’ Christie said.

‘That helps to heal the wounds. This is a ridiculously tough one to take. We could see the fans at the end and how gutted they were for us and how we were for them.

‘The only way you can make it up to them and ourselves is to bounce back with good results and start putting another good run together.’