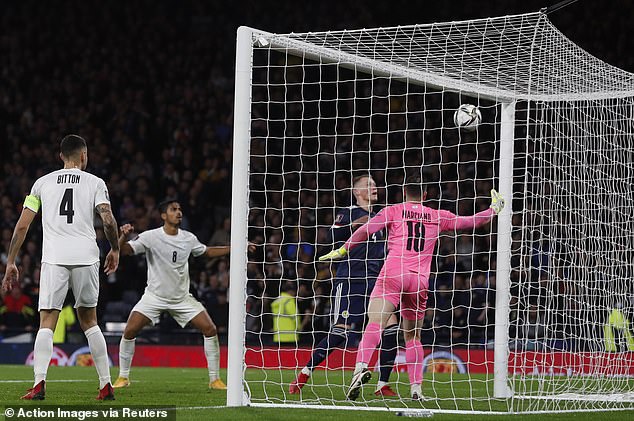 Scott McTominay didn’t mind that his first goal for Scotland wasn’t the prettiest as he popped up with a priceless winner against Israel – and dedicated the strike to his grandparents, with the 24-year-old’s grandad Frank celebrating his birthday on Monday.

Steve Clarke’s men needed to avoid defeat against their opponents to hold on to second spot in their 2022 World Cup qualifying group and got off to the worst possible start when Eran Zahavi whipped a free kick over the wall and past Craig Gordon on five minutes.

The hosts replied through John McGinn’s superb curling effort before Willibald Ruttensteiner’s side got their noses back in front almost immediately thanks to Munas Dabbur. 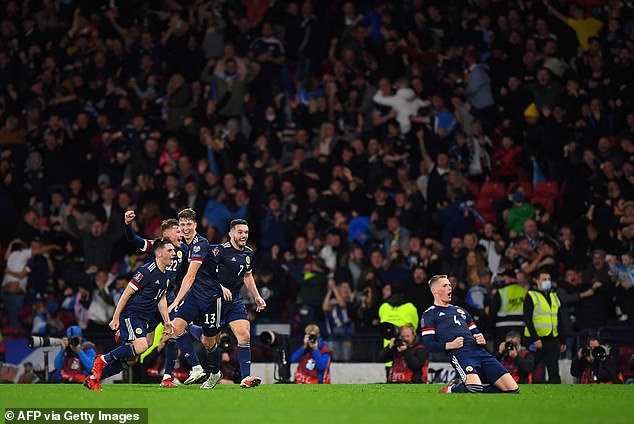 Lyndon Dykes’ improvised volley – only awarded after a VAR review – set up a grandstand finish and roared on by a passionate home faithful, Scotland continued to pour forward, with McTominay coming up for a corner and bundling the ball home with his chest from virtually on the goalline to spark wild scenes at Hampden Park.

Manchester United legend Bryan Robson said on Friday that McTominay could up his scoring rate and be used more as a box-to-box midfielder.

After demonstrating his goal-poaching credentials in a pressure-cooker atmosphere, McTominay said: ‘It’s probably not the best goal I’ll score, but in terms of importance, as you can see from what it means to all the Scotland fans here, it’s amazing.

‘I’m struggling to put it into words. I don’t know what minute it was, but it was one I will never forget. It came at me pretty quickly and it was bouncing. Do you know what? It’s my grandad’s birthday on Monday, so I knew I had to score before it so yeah, that was one for my grandparents in Scotland.’ 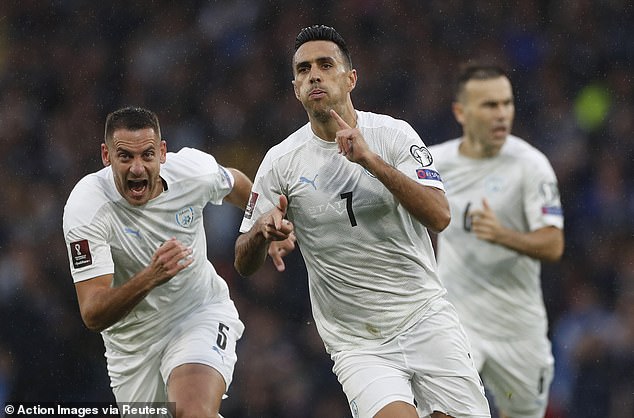 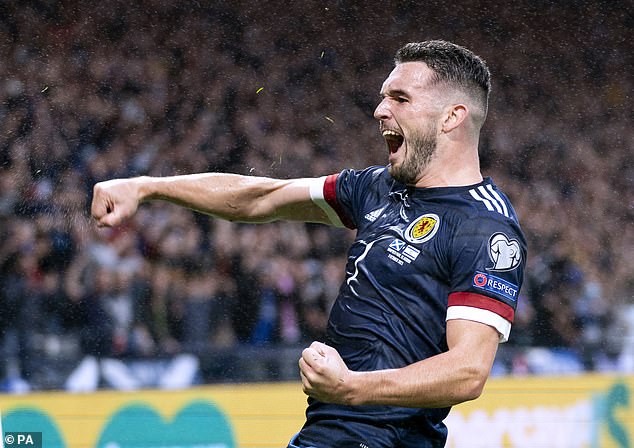 McTominay admitted that the second-half improvement was much-needed after a sluggish start.

‘We knew they are a difficult team, but in the first half we were so poor. We knew that at half-time.

‘But I thought the second half was complete domination. We were extremely good and created numerous chances.

‘We knew as players we needed to wake up and, credit to us, in the second half we did that.’ 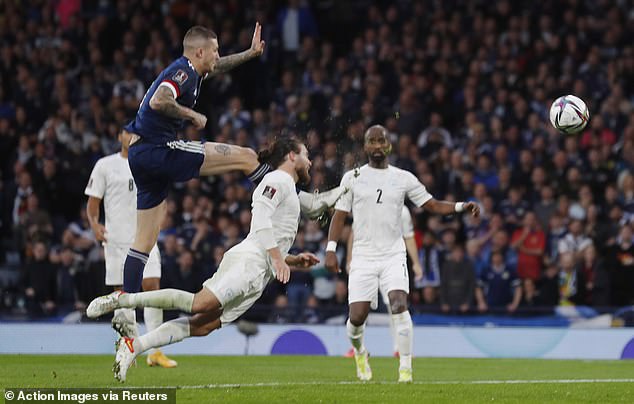 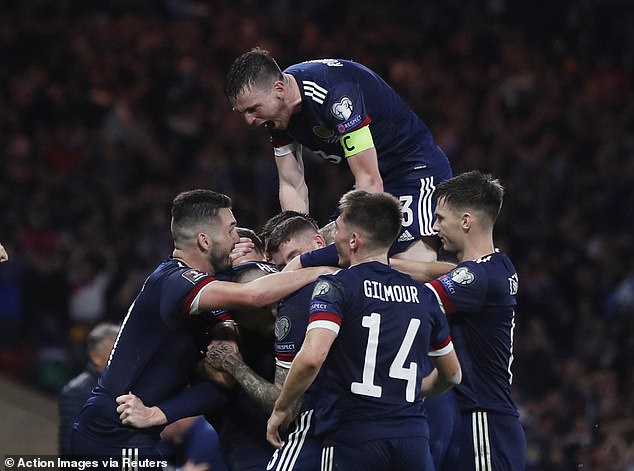 Despite the current optimism surrounding the national team, Clarke and his players will know they have a tiny chance of catching runaway leaders Denmark, who have a 100% record after seven matches and are yet to concede a goal.

However, a runners-up spot and consequent qualification for the play-offs is now a real possibility after what was a rousing comeback in Glasgow.