A clearly incorrect call on the first point of a mixed doubles quarter-final left tennis fans completely baffled at the Australian Open on Tuesday.

Aussie John-Patrick Smith, partnered with Lizette Cabrera, hit a routine serve on Rod Laver Arena, only for a fault to be called in their match against Brazilian duo Rafael Matos and Luisa Stefani.

It wasn’t made by the chair umpire or a linesperson – it was done electronically by Hawk Eye technology.

Tournaments officials introduced Hawk Eye to Melbourne Park in 2021 – and the reaction has been mixed ever since.

The quartet of stars on court were understandably stunned at the initial call as they all stood around bemused before the point was eventually replayed. 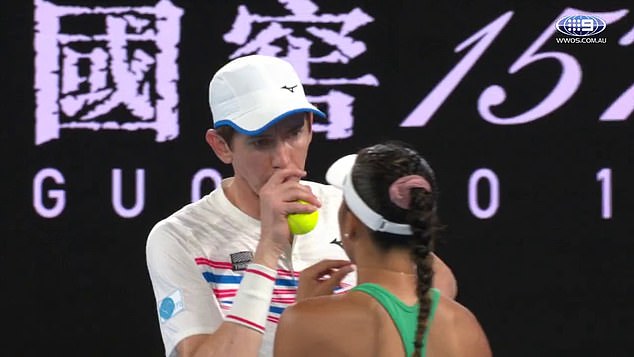 Loathed by many footy fans, game-day video officials can access up to 20 high definition camera angles, including high-speed cameras with zoom functions and split screens.

They also have access to playback control for all decisions that are reviewed.

Some feel the video technology is too slow and ruins the flow of live NRL matches.

Matos and Stefani proved too strong for the local hopes, winning in straight sets 6-3 6-4 to move through to the semi-finals on Australia Day.