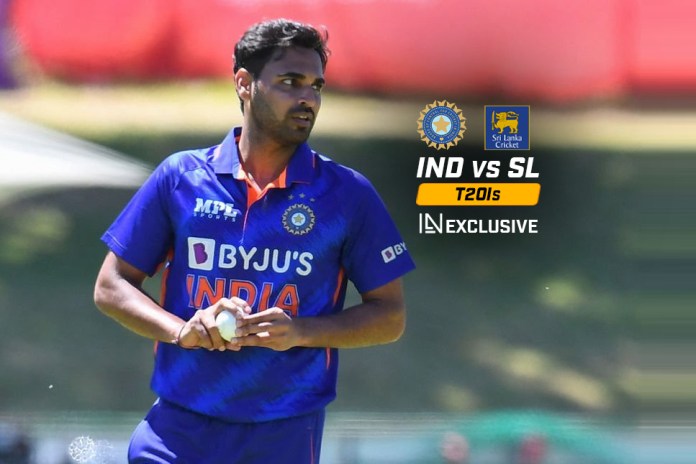 IND vs SL: Bhuvneshwar Kumar on his way out? – The T20 series against West Indies starting today (February 16) in Kolkata will be a make-or-break for veteran pacer Bhuvneshwar Kumar. After a disappointing South Africa tour, the message from selectors is clear, “perform or be dropped”. If he returns sorry figures in the first two T20s against West Indies, he will suffer the same fate as Cheteshwar Pujara and Ajinkya Rahane will have in Test. Follow IND vs WI and IND vs SL Live Updates on InsideSport.IN.

“Definitely, he is on his last leg. He is not the same player since IPL. He has a bad South Africa tour. The team management is ready to give youngsters a chance and so do we. When Shami comes back, it will be even more difficult. The three T20s or let’s say the first two matches will be make-or-break for him. Otherwise, he may have to sit out like Ajinkya and Cheteshwar,” one of the selectors told InsideSport.

The squad for the three-match T20 series against Sri Lanka will be announced by the weekend and the selectors are keen to see how Bhuvneshwar Kumar performs in the first two matches against West Indies. The veteran bowler had a sudden dip in form after the England series at home.

A snippet of how the #TeamIndia speedsters sweated it out in the practice session under the watchful eyes of the Bowling Coach Paras Mhambrey at the Eden Gardens. 👌 👌#INDvWI | @Paytm | @BhuviOfficial | @mdsirajofficial pic.twitter.com/hMhCdAY9VJ

“Look, to be honest, we have too many quality fast bowlers in the mix now and Bhuvneshwar will have to pull his socks. If he doesn’t, then I am afraid, the door could be closed on him for Sri Lanka series. If he really does well in IPL, we will look at him again. But it will be tough as there are so many fast bowlers competing for the spot,” the member of the selection committee told InsideSport.

IND vs SL: Bhuvneshwar Kumar to be dropped? – His presence in the team has been further questioned with Deepak Chahar, Shardul Thakur, Mohammed Siraj, Prasidh Krishna and Harshal Patel performing besides Avesh Khan warming the bench. When Jasprit Bumrah and Mohammed Shami return to T20 squad, Rohit Sharma will have to take a tough call on the pace combination and Bhuvneshwar Kumar is unlikely to feature in the plans.

As per information available with InsideSport, the team management is already planning to phase out Bhuvneshwar Kumar from T20s unless things change drastically for him in the West Indies series or in the IPL 2022.