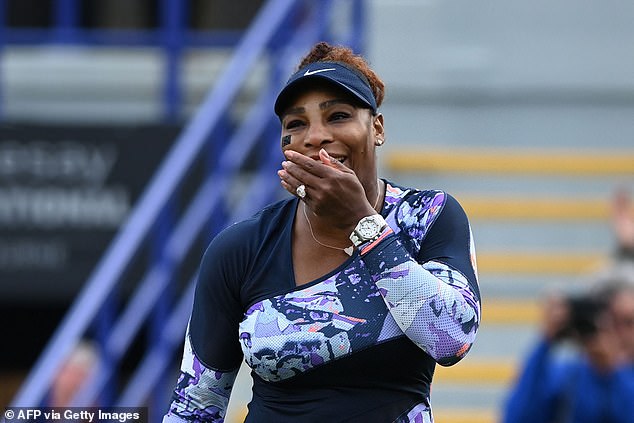 Serena Williams made it a winning return at Eastbourne on Tuesday night, but would not commit to a long term future in tennis.

The 40 year-old American delighted the evening crowd by teaming up with Ons Jabeur to emerge victorious from her first match since limping out of Wimbledon last year.

Williams was clearly delighted after the scratch duo overcame Sara Sorribes Tormo and Marie Bouzkova 3-6 6-3 13-11 in a deciding champions tiebreak.

However she does not wish to look beyond her appointment at the All England Club next week, which will surely feel more comfortable having come through an excellent workout.

‘Oh my god it was so fun to play with Ons. It was great. We had a lot of fun,’ said Williams. ‘I’m literally taking it one day at a time. I’m not making any decisions after this.

‘I love tennis and love playing but I also love what I do off the court.’

She was coy about much preparation she has done for this trip. ‘I have been doing a lot of training, my body feels great,’ she added, having admitted that she went ‘cold turkey’ after getting injured at SW19 a year ago. 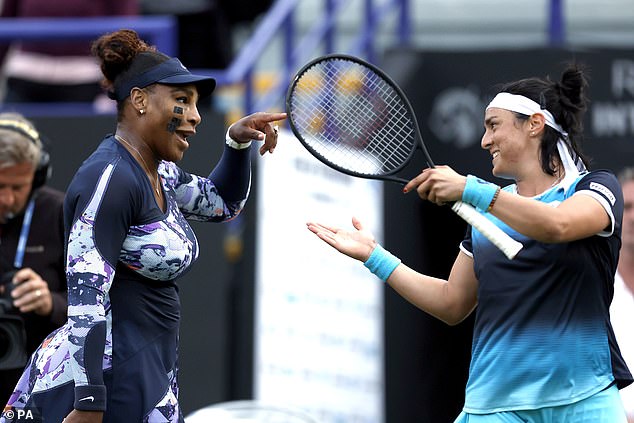 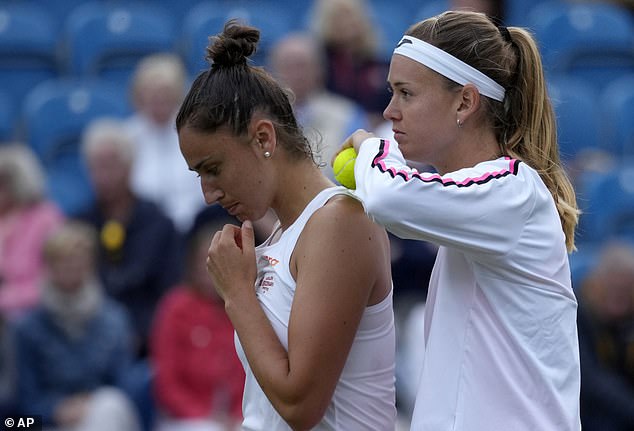 ‘I definitely felt good out there, I’m only covering half the court in doubles but it felt like it was clicking.’

Williams had her serve broken twice, but clearly improved as the match went on. In the first set she looked somewhat heavy legged at times, but more than held her own as she and Jabeur became more used to each other.

It remains, however, early days to say whether this means she can make an impact in singles at Wimbledon, which will be something different altogether from the blast she enjoyed on the south coast.