Mbappe scored the all-important goal after Theo Hernandez played the ball into him behind the Spanish defence. However, the 22-year-old was clearly offside before he slotted it under goalkeeper Unai Simon.

As a result, Busquets –  who won the Man of the Match award for his performance on Sunday evening – said VAR’s decision to let the goal stand ‘didn’t make sense’.

Footage of the incident has shown that the Paris Saint-Germain forward was occupying an offside position – standing notably behind the last man.

However, the match officials – which included Premier League referee Anthony Taylor – felt that Eric Garcia had deliberately touched the ball. Therefore, they treated everything after that moment as a new phase of play.

As it stands, the rules currently state that ‘a player in an offside position receiving the ball from an opponent who deliberately plays the ball, including deliberate handball, is not considered to have gained an advantage.’ 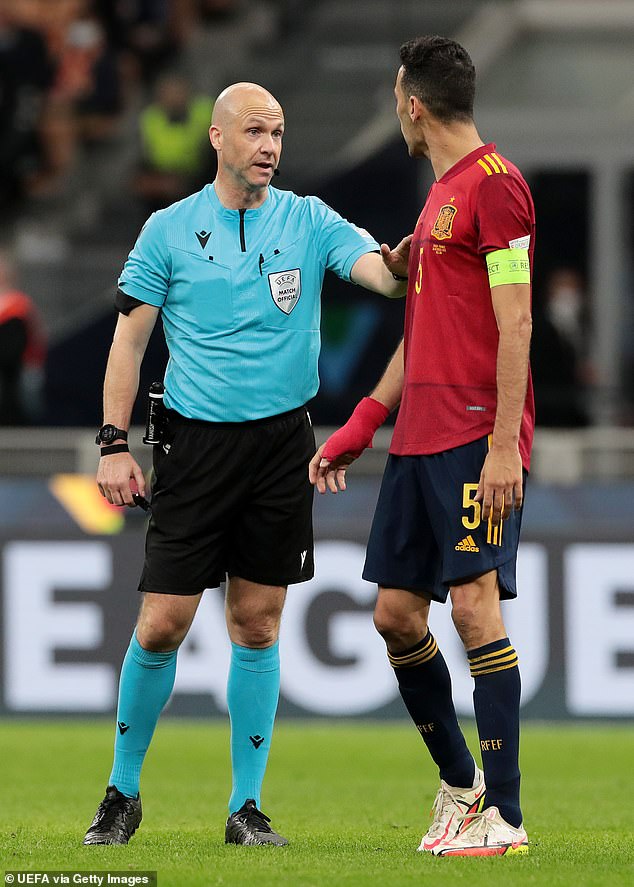 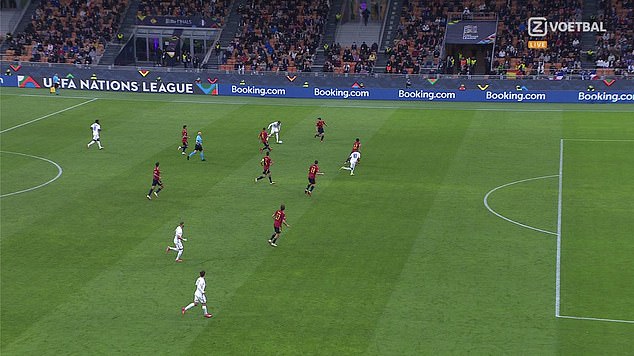 Mbappe scored the goal after Theo Hernandez played the ball in behind the Spanish defence. However, he was clearly offside before slotting it under goalkeeper Unai Simon

Garcia added: ‘Mbappe is offside. The referee tells me that I tried to play the ball. What should I do? Step aside and let him run? Apparently that’s the rule.’

While Cesar Azpilicueta told Sky Sports: ‘The referee is there to make decisions. What I’m more disappointed is that the referee who makes the decision is not Mr Anthony Taylor who was here, it’s the one who is in the VAR. I think the monitor is there to use it. 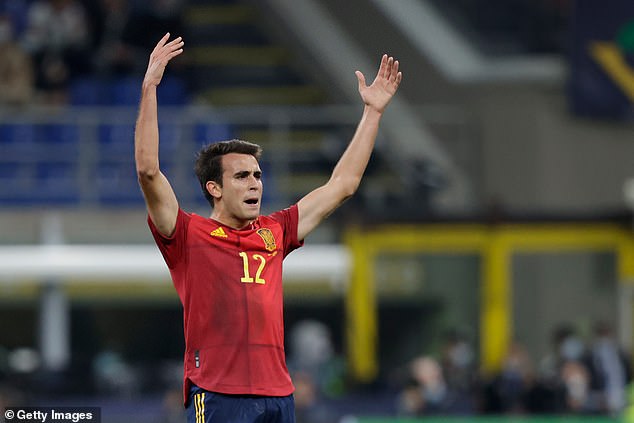 However, the officials felt that Eric Garcia (above) had deliberately touched the ball. Therefore, they treated everything after that moment as a new phase of play 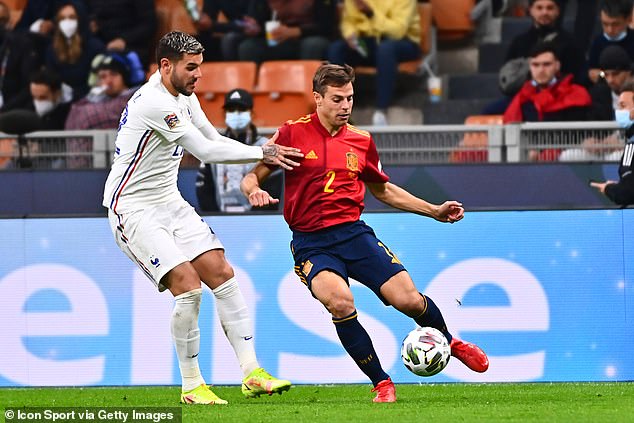 ‘Every time we have meetings with the referees we say the same and I don’t know why he didn’t go to the monitor and see for himself if it’s deliberate play or not.

‘The offside is very clear and the referee watching the reviews in the office says that he can play the ball, which I don’t think so.’

Luis Enrique was equally as annoyed but kept his cards close to his chest, saying: ‘Difficult. I would like to talk but I’m not going into that. I’ve nothing to say.’