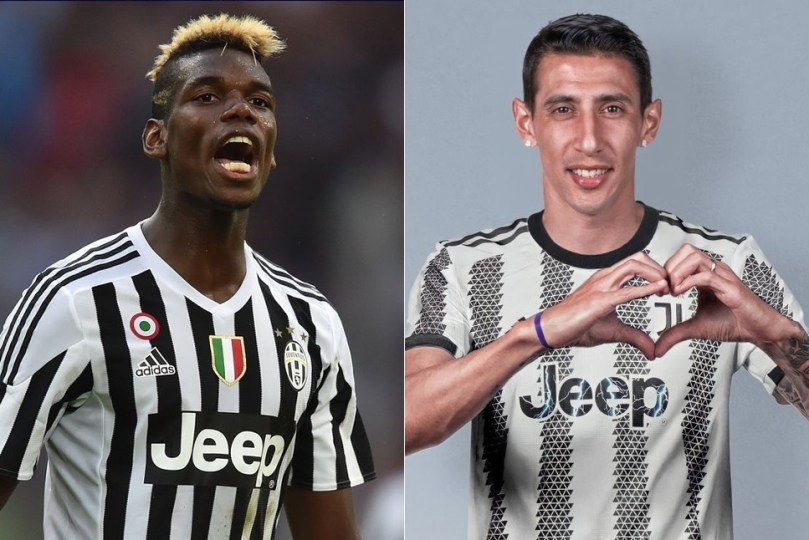 Serie A: Angel Di Maria and Paul Pogba to Juventus – Juventus are set to complete a double swoop for Angel Di Maria and Paul Pogba this week, with the star pair poised to head to Turin in the coming days to close their transfers to Allianz Stadium. The Bianconeri will eagerly welcome the Argentina forward and France midfielder in a pair of free-agent moves, with the former having exited Paris Saint-Germain and the latter having departed Manchester United. Follow Latest Football News LIVE with InsideSport.IN

Serie A: Angel Di Maria set to join Juventus on a free transfer, Paul Pogba next in line to sign for the Bianconeri from Manchester United – Check LATEST UPDATES

Paul Pogba will also be in Turin on Saturday, deal done weeks ago.

One-year deal for Di María – docs being prepared to be signed soon. pic.twitter.com/7aAKfcrSEj

Serie A: Angel Di Maria set to join Juventus on a free transfer

Juventus have reportedly reached an agreement to sign French midfielder Paul Pogba on a free transfer. The former Manchester United star is expected in Turin on Saturday for a medical and to formally sign the contract.

The 2018 World Cup winner is said to have agreed a four-year contract with the Serie A giants ahead of much-anticipated return to Italy.

The move to Juventus would mark a return to a club where Pogba spent four years with before rejoining United for £89million in 2016, with Sky Sports reporting a deal has been agreed between both parties.

Pogba, who left United to join Juventus – also for free – in 2012, was meant to be the homecoming saviour when the Premier League side paid a then-world record fee for his services.

But his six seasons in the north-west have been marred by injuries and inconsistency, leading fans and pundits to question his effort and determination.

When will Juventus announce Di Maria and Pogba?

The Bianconeri are set to bring Di Maria and Pogba to the table to finalise their deals this weekend, having been in discussion with their respective camps since they entered the market as free agents.

The move to close both of their deals will be a boost to Massimiliano Allegri, who is looking to reshuffle his squad in an attempt to guide Juve back towards being Scudetto contenders after two tough seasons in Serie A. It will be a one-year deal for Di Maria, while Pogba is likely to pen a lengthier term.

Serie A: Angel Di Maria set to join Juventus on a free transfer, Paul Pogba next in line to sign for the Bianconeri from Manchester United – Check LATEST UPDATES