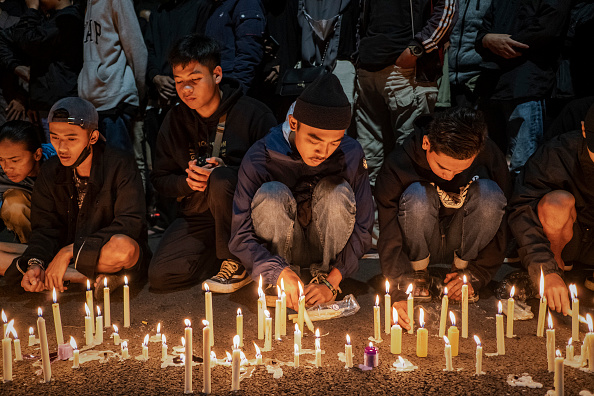 Indonesia Football Stampede: Seventeen children were among at least 125 people killed in a soccer stampede in Indonesia at the weekend, officials said,…

Indonesia Football Stampede: Seventeen children were among at least 125 people killed in a soccer stampede in Indonesia at the weekend, officials said, as pressure builds on the Southeast Asian nation to explain how one of the world’s worst stadium disasters unfolded. Follow football NEWS & LIVE updates with InsideSport.IN

Violence and hooliganism have long been features of Indonesian football, especially in places such as Jakarta, the capital, but Saturday’s disaster in a small town in Java has thrown a spotlight on the problem.

“My family and I didn’t think it would turn out like this,” said Endah Wahyuni, the elder sister of two boys, Ahmad Cahyo, 15, and Muhammad Farel, 14, who died after being caught in the melee.

“They loved soccer, but never watched Arema live at Kanjuruhan stadium, this was their first time,” she added at her brothers’ funeral on Sunday, referring to the home side they backed.

“Seventeen children died and seven were treated, but there is a possibility that could increase,” said Nahar, a ministry official.

Indonesian daily Koran Tempo ran a black front page on Monday, centred on the words “Our Football Tragedy”, printed in red along with a list of the dead.

Saturday’s deadly crush came as panicking spectators tried to escape the overpacked stadium after police fired tear gas to disperse fans from the losing home side who ran onto the pitch at the end of the match.

Home side Arema FC had lost the match 3-2 to Persebaya Surabaya, though authorities had said tickets were not issued to Persebaya fans over security concerns.

The incident was a “dark day for all involved”, said FIFA, the governing body for world soccer, which has asked Indonesian football authorities for a report on the incident.

Its safety regulations say firearms or “crowd control gas” should not be used at matches. Police and sport officials have being sent to Malang to investigate an incident that ranks among the world’s deadliest stadium disasters.

“All those responsible should be held accountable for this disaster, regardless of their status or position,” Phil Robertson, deputy Asia director of New York-based Human Rights Watch said on Monday.

“It’s not enough for the national police and the Football Association of Indonesia to conduct their own investigation because they may be tempted to downplay or undermine full accountability for officials involved,” he added in a statement.