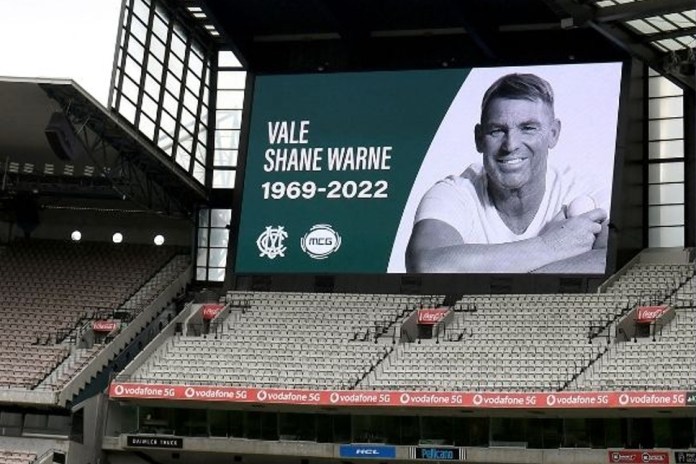 Shane Warne’s LAST JOURNEY: Warne, 52, shockingly passed away last week in Thailand. He suffered a cardiac arrest while on a holiday.

Tributes have flown in ever since. The Victorian Government announced a state funeral for the legendary leggie at his home ground.

As per Fox Sports, the state funeral at MCG will take place after a private family service.

Once Warne’s body arrives in Australia, the PRIVATE SERVICE will be conducted by the family towards the end of next week.

It is understood the body of the late cricket legend is being prepared for a repatriation flight from Thailand to Australia on Wednesday.

The remains are being held at Bangkok Police Station’s mortuary.

Warne hails from Victoria and has had some of his most iconic career moments at the MCG.

His 700th Test wicket was at the same ground.

The Victorian Premier Daniel Andrews has previously mentioned that a public service would give the state and the citizens an opportunity to pay tribute to the spin wizard.

“It will be an opportunity for Victorians to pay tribute to his contribution to his sport, to our state and the country,” he said.

Andrews was also quick to announce that the Great Southern Stand at the MCG will be renamed in Warne’s honour.

“I’ve just informed the Warne family that the government will rename the Great Southern Stand at the MCG.”

Meanwhile, the Thai Police had completed an autopsy report.

According to the local police Warne passed away due to natural causes ruling out any foul play in the incident.

Warne was found unresponsive in his room at the Samajuna Villas Resort on Friday. The legendary cricketer was announced dead after showing no response to CPR.