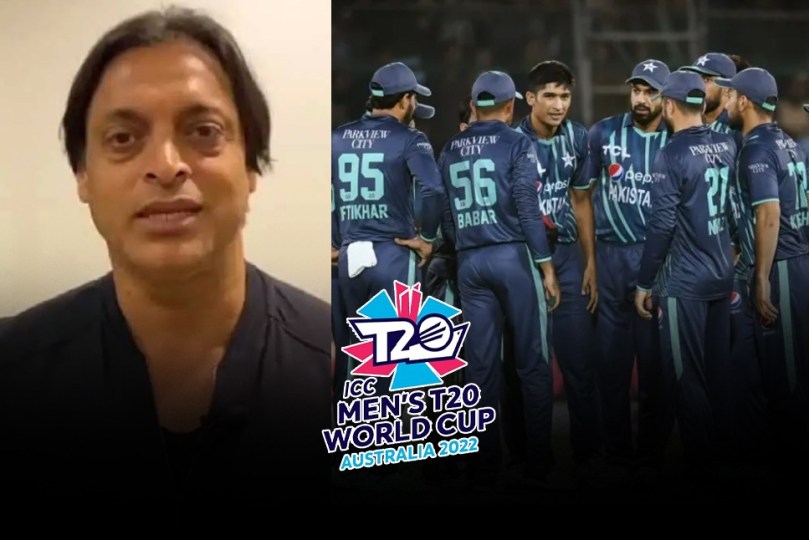 Pakistan’s performance of late has not been great. They lacked consistency in the Asia Cup, and also lost to England in the T20 series against England. They have the players in the team to shine, but Akhtar does not remain too convinced about the Men in Green’s show at the ICC event.

ICC T20 World Cup: Shoaib Akhtar’s BIG PREDICTION ahead of mega India vs Pakistan clash, ‘I fear Pakistan will lose in 1st ROUND of this World CUP’: Check OUT

“Pakistan middle order is not good. Plus Pakistan’s openers if they don’t perform, middle order also cannot deliver.  This is not the way to go into a World Cup if you want to win the world cup,” Akthar said in the video. “As I have said in earlier instances also, I fear that this Pakistan team can go out of the world cup in the first round itself.”

“That’s why I had criticised head coach Saqlain Mushtaq and others to get your middle order and batting order in order. Somehow, they are not listening. Hopefully, Pakistan makes a good comeback in the World Cup…..It’s very sad to see Pakistan is not doing well. It’s disheartening. It do not like it when Pakistan loses. Pakistan is in a dire situation now. From here, things are not easy for Pakistan and team management.

Pakistan are included in Group B, which includes Bangladesh, South Africa, India and two other qualifiers. Pakistan will play their first match against India at the MCG on October 23. It is the biggest match of the competition. Tickets have already been sold out as well.

The format of the World Cup is such that only two teams can make it to the next stage of the competition. It means teams do not have much room for errors.

Pakistan need to play consistent cricket, and Pakistan in the history have shown that they lack consistency. But the Men in Green have some big names, including captain Babar Azam. If Pakistan are to do well, they need contribution from all and sundry in Australia.

ICC T20 World Cup: Shoaib Akhtar’s BIG PREDICTION ahead of mega India vs Pakistan clash, ‘I fear Pakistan will lose in 1st ROUND of this World CUP’: Check OUT