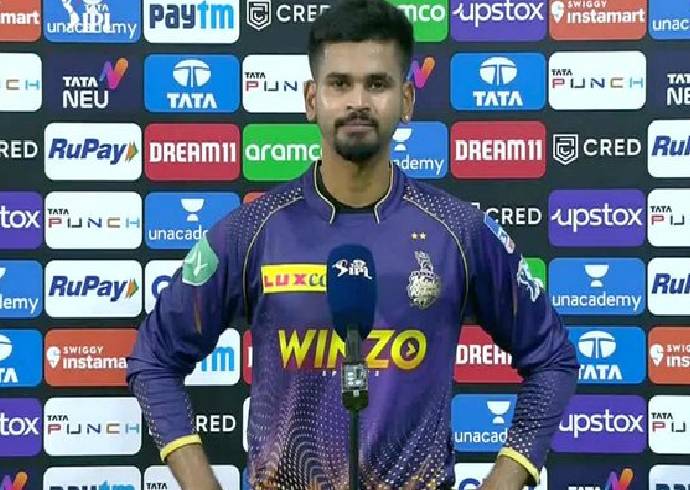 A stellar bowling performance by RCB, spearheaded by Wanindu Hasaranga’s four-wicket haul restricted KKR to 128 before useful lower-order contributions from RCB batters took them over the line in a final-over thriller. Shreyas Iyer in the post-match presentation said: “I really found this game exciting. Before getting in, I spoke with my boys and told them that this game is going to define our character and attitude on the field no matter we defend or not. The way we fight it on the ground, that is really going to reflect our mentality in the next few games. I am really proud the way we played this game and took it till the last over.”

IPL 2022 – RCB beat KKR Highlights: With 24 required off the final three overs, there was another twist in the tale after Tim Southee struck twice in the over to dismiss Rutherford and Wanindu Hasaranga. Harshal Patel then hit two decisive fours in the penultimate over off Venkatesh Iyer before Dinesh Karthik wrapped the chase in style with a six and a four.

Talking about the bowlers’ choice in those final three overs, Iyer said: “It was really tough at that moment because I wanted to get my best bowlers up there and get a few wickets early on but it didn’t work out really well. Kudos to their batsmen, they played really well out in the middle. They took out the toughest phase as soon as possible. In the end, I decided to go with Venky because he’s also got really good experience bowling at the international level and you need to back them, especially at the start of the tournament. It’s really important they gain confidence as early as possible and this was one of the best games to get that.”

KKR skipper later also opined on the pitch conditions and the mentality of the team going forward in the season. He said: “The wicket was looking a bit dicey at the start, it was two-paced, variable and the bounce was odd. We wanted to get off to a really good start and that’s what we planned. The execution part was tough. We are going to come back with the same mindset, we are not going to chicken out. That’s what we want to focus on and that’s what we spoke about coming into the tournament that we’ll be someone who’d be taking risks. Next time when we come, we need to rectify the errors and see to it that we get the momentum as early as possible.”