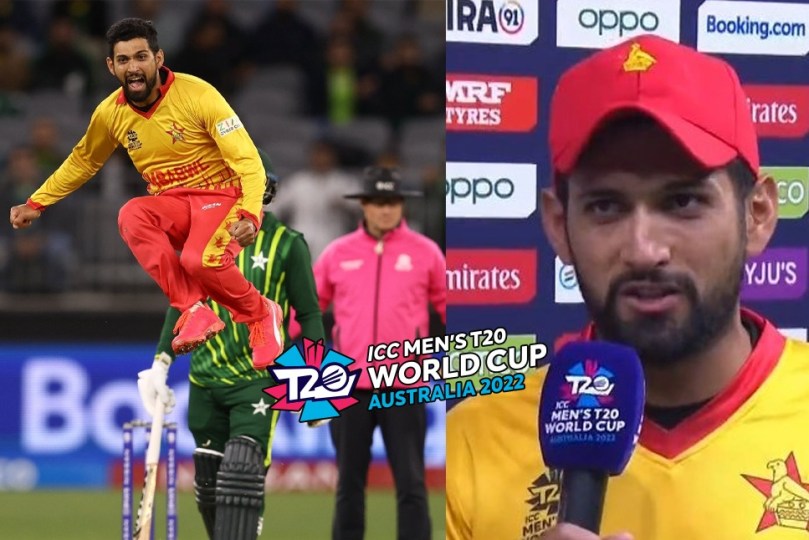 PAK vs ZIM Highlights: Zimbabwe produced one of the all-time T20 World Cup upsets on Thursday. Zimbabwe produced a brilliant performance in Perth to beat Pakistan by one run in an ICC T20 World Cup 2022 match that went down to the very last delivery. The architect of this famous win was Sialkot-born Sikandar Raza. The Pakistani-origin cricketer bagged three wickets for the African nation and derailed the chase of the Pakistan team. In the post-match presentation, Raza had tears in his eyes as he collected his player of the match trophy. Follow ICC T20 World Cup 2022 LIVE updates with InsideSport.IN 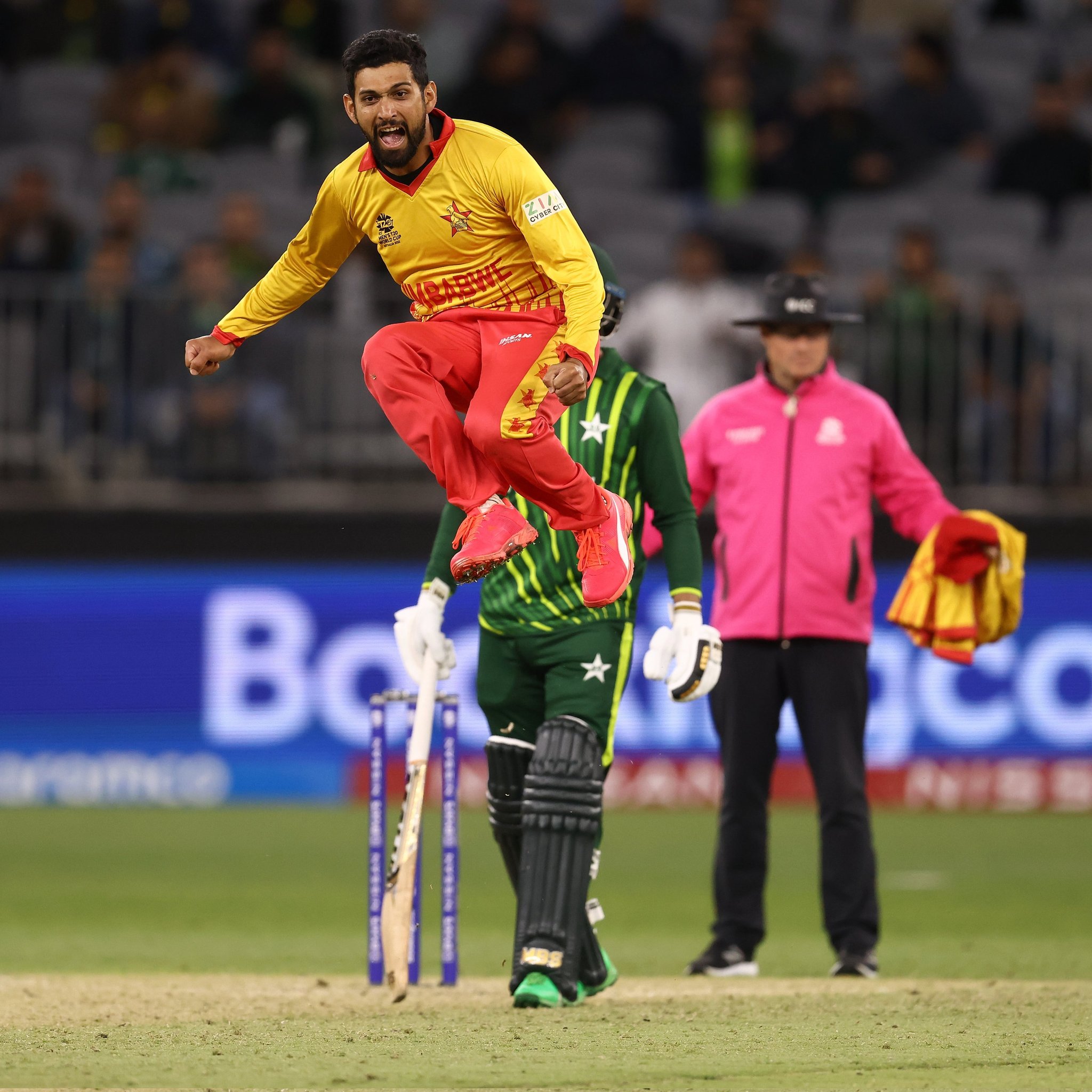 The inspired Zimbabwe all-rounder Sikandar Raza took two wickets in two balls to remove Shadab Khan and Haider Ali, before having Masood stumped in his very next over to give Zimbabwe hope and set up a big finish.

Pakistan needed 11 to win off the final over of a pulsating evening, and that equation came down to three from three with the well-set Mohammad Nawaz at the crease.

After the match, Sikandar Raza broke down in tears in a post-match presentation while collecting the POTM award.

Sikandar Raza in post-match said: “I am lost for words, my mouth’s dry probably because of the emotions I am going through at the moment. I can’t tell you how proud I’m of this bunch of boys. The way our seamers started at the top, was just unbelievable and the way we backed it up in the field and the way we kept believing, really lost for words.”

Raza also revealed what he was talking about with his captain after the match. He added: “When we were coming to Australia, I said to my captain (Ervine), If you become Man of the Match, pick any watch from the catalogue and I’ll buy you that. But if I win Man of the Match (award), you’re going to buy me one. I was reminding him that he owes me three watches now.”

“I was excited today, and I watched this clip by Ricky Ponting earlier in the morning, and that motivated me to come up with this performance. I would like to thank Ricky Ponting for that,” Raza concluded.

“He just seems to know exactly what to do, when to do it.” 🙌

Ricky Ponting talks about the brilliance of Sikandar Raza and his recent success.

Zimbabwe fans were on cloud nine as their team defeated Pakistan in the Super 12 match of the ICC T20 World Cup 2022. The Craig Ervine-led side beat the Men in Green by one run. In what has gone on to be a viral video, fans of the African nation can be seen watching their side win the game. The fans were passionately celebrating their side’s historic win back home.

Zimbabwe Cricket took to Twitter to post a video of the same as well. In what was seemingly a stadium, the fans left no stone unturned in celebrating. Not only did the supporters pick up their chairs and started dancing, but they also started singing out of joy.

At the stadium in Perth, Team Zimbabwe celebrated with their supporters. Check Video: