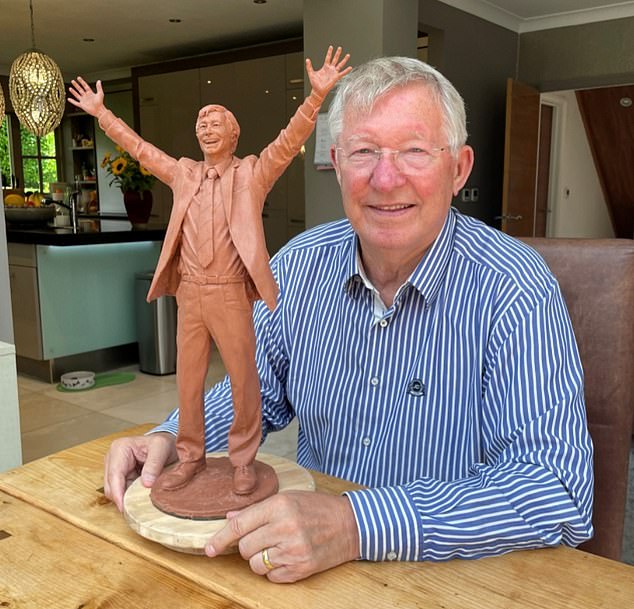 Your legacy has been cemented (again), Sir Alex! Ferguson poses with maquette statue of himself, as Aberdeen unveil plans to celebrate their legendary ex-boss next year

Sir Alex Ferguson’s legacy at former club Aberdeen will be cemented after the Scottish club announced plans to unveil a statue of the legendary manager.

It will capture Ferguson’s celebrations after Aberdeen sealed the Scottish title at Easter Road in 1980 — the first time a team other than Celtic and Rangers had won the league in 15 years.

Sir Alex, 79, plans to be present for the unveiling and has been pictured with the maquette for the statue, which is due to be unveiled in early 2022. 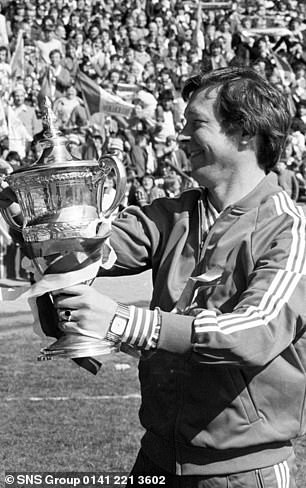 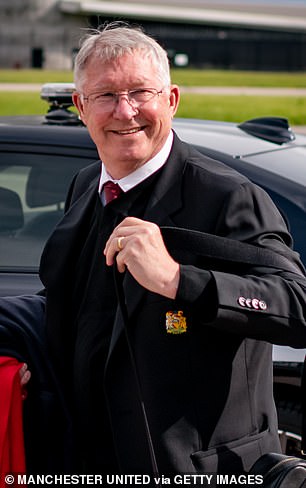 Earlier this year, the Scottish club announced they would honour their former manager

Aberdeen chairman Dave Cormack said: ‘Both the club and Sir Alex are absolutely thrilled with the maquette and cannot wait to see the next steps in the creative process.’

Ferguson managed Aberdeen for eight years, between 1978 and 1986, winning three league titles and the European Cup Winners’ Cup in 1983.

Sir Alex, who won 10 major trophies in eight years at Pittodrie before going on to further success with Manchester United, said in July: ‘I am thrilled and honoured by this recognition from Aberdeen Football Club, where I spent a fantastic and memorable part of my managerial career. 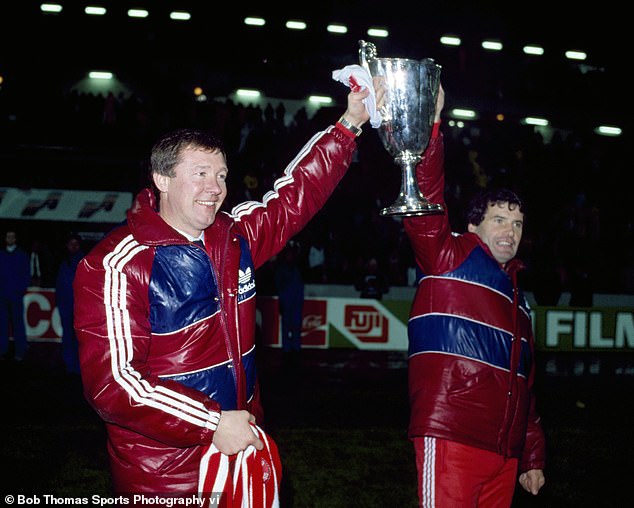 ‘I am particularly pleased with the image the club has chosen to base the statue on and with the choice of sculptor whose recent work is incredibly lifelike. I can’t wait to see it!’

Cormack added: ‘We began exploring the idea of a series of statues, to recognise those legends who have made a lasting impact on the club, over 18 months ago but the process stalled due to the pandemic.

‘It’s now very much back on our agenda and when it came to deciding the subject of the first one there was of course only one option, Sir Alex Ferguson.’