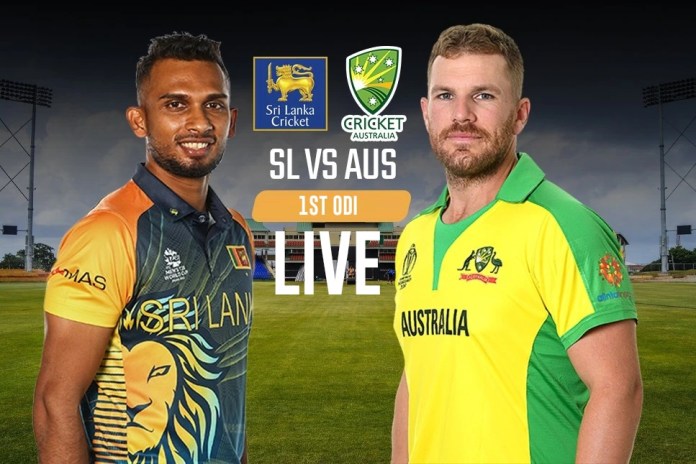 SL vs AUS 1st ODI LIVE: After losing the three-match T20I series against Australia 1-2, hosts Sri Lanka eye redemption as they square off in the first of the five-match One Day International (ODI) series on Tuesday, June 14 at the Pallakelle Stadium, Pallakelle. Follow SL vs AUS 1st ODI LIVE updates on InsideSport.IN

Sri Lanka gear up for the 1st ODI in Kandy! #SLvAUS pic.twitter.com/GcpSTYOCr0

After losing the first two T20 internationals by a big margin, a record-chasing victory in the third T20I might give Sri Lanka the much required confidence ahead of the ODI series. The hosts must look to put on a good show in the 50-over leg of the series.

This will be the second ODI series for Sri Lanka this year and the first one against a major opponent. They last played Zimbabwe in January and won the series 2-1. Sri Lanka haven’t had a great time in the ODIs as in the ODI super League standings, they are placed on the 9th spot with just six wins from 18 matches.

This series gives them a perfect opportunity to begin afresh under new coach Chris Silverwood and start their preparations for the upcoming ODI World Cup, which is set to take place in familiar conditions in India. They have named a 21-member squad for the ODIs and will look to get their team combination right.

Sound on for this one! It was Cummins v Labuschagne in the Pallekele nets ahead of the first #SLvAUS ODI pic.twitter.com/9vZKwQfX9z

Meanwhile, Australia would be hoping to get back to winning ways in the 50-over format as they suffered a 1-2 defeat at the hands of Pakistan in their last ODI series during March this year. However Australia played that series with a second-string squad as some big names were rested. This will be the first series in more than 18 months, where they will be playing with a full strength squad.

Australia have already named their playing XI on the eve of the match. Aaron Finch will partner David Warner at the top of the order. Steve Smith, Marnus Labuschagne, Glenn Maxwell, Alex Carey and Marcus Stoinis form the rest of the batting line-up.

They will be going in with three pacers in Pat Cummins, Jhye Richardson and Josh Hazlewood. While Ashton Agar will be the specialist spinner.

This will be the first five-match ODI series since the 2019 World Cup and it is not part of the ODI Super League and hence, this serves as a perfect platform for both the teams to test their players and find a right balance in their teams ahead of the ODI World Cup.

The matches will be televised live on Sony Six, Sony Ten 1, and Sony Ten 3 in India.

The matches will be live-streamed on the SONYLIV app and website.

You can also follow InsideSport.IN for LIVE updates of the SL vs AUS ODI series.