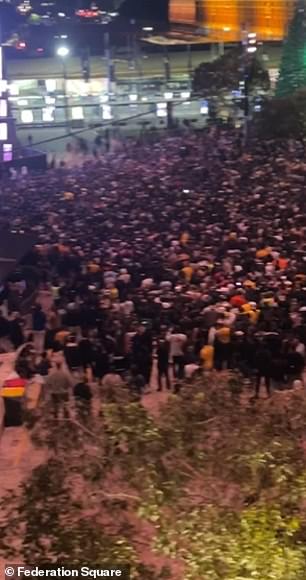 It may be the middle of the night on a Thursday but that hasn’t stopped thousands of Socceroos fans marching onto Federation Square for the nation’s biggest football match since 2006.

Australia are on the cusp of qualifying for the last-16 at the Qatar World Cup, with a draw against Denmark enough to seal their place in the knockouts should Tunisia fail to beat France.

The Socceroos have not played at the last-16 stage since 2006, when they were knocked out by Italy at the World Cup in Germany, but have a real chance of emulating the golden generation in Qatar.

And thousands of fans rose to an early alarm clock to get to Melbourne’s Federation Square to watch the game on the big screen. 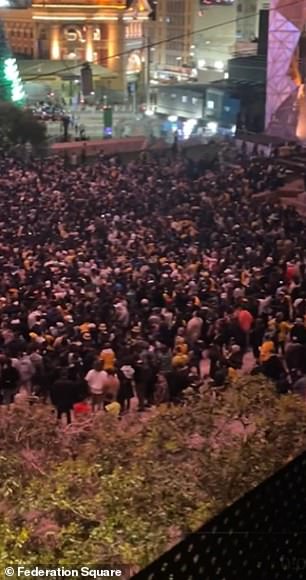