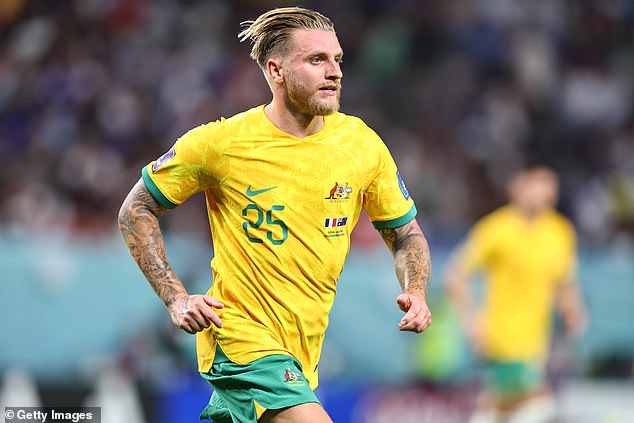 Cult A-League star Jason Cummings was so bad when he came on as a substitute for Australia on Wednesday morning against France that Socceroos legend Zeljko Kalac said it was like the side ‘played with 10 men’.

The 27-year-old Mariners striker, who was born in Scotland but qualifies for Australia through his mother, was brought on for Mitchell Duke in the 56th minute of the Socceroos’ 4-1 loss at Al-Janoub Stadium in Qatar.

Instead of giving Australia a much-needed injection of energy with the side down 2-1, Cummings was a liability according to Kalac, who earned 54 caps for the Socceroos.

It was one of the most extraordinary sprays at an individual Aussie footballer in recent memory, with the ex-goalie saying Cummings was ‘minging’, which is slang for stinky or disgusting.

Jason Cummings, who plays in the A-League for the Mariners, was not up to scratch in his World Cup debut from the bench, according to Kalac 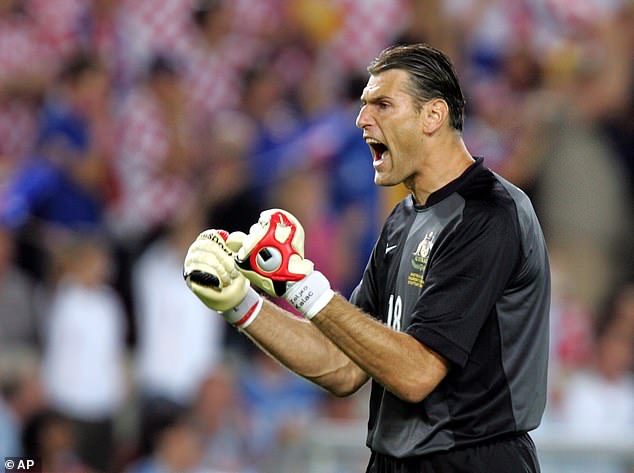 Zeljko Kalac, who represented Australia 54 times, was brutal in his assessment of Cummings’ performance: ‘non-existent’

‘Mate, he was minging. He was absolutely minging,’ Kalac said on Club Neds, in response to a question about why Cummings was brought on instead of Jamie Maclaren.

‘He was non-existent. We basically played with 10 men when he came on.’

It was a withering takedown by the legendary 202cm goalkeeper known as ‘Spider’, who was ironically speaking on a betting program despite his recent, much-publicised struggles with problem gambling.

Kalac wasn’t finished, saying he’d go chips in on Cummings not having an impact on the game. 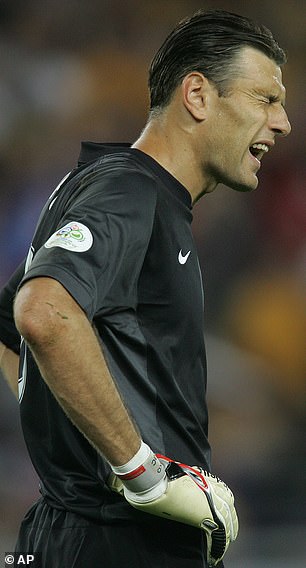 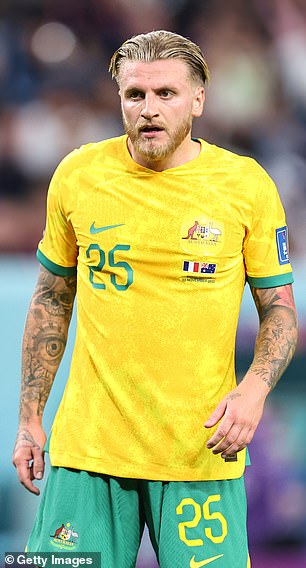 ‘I think the bet should have been, when he came on, if it was live betting, is he going to touch the ball more than three times?’ he laughed.

Cummings, who spent much of his career at Scottish club Hibernian before his move to the A-League, wasn’t able to impact the play during his time on the field, making just six passes.

That left many fans asking why Melbourne City striker Jamie Maclaren wasn’t either starting or brought on instead of Cummings.

The 29-year-old is in career-best form after booting home goals in all six A-League games this season, and eight in total. He’s also about to become the most prolific goalscorer in A-League history. 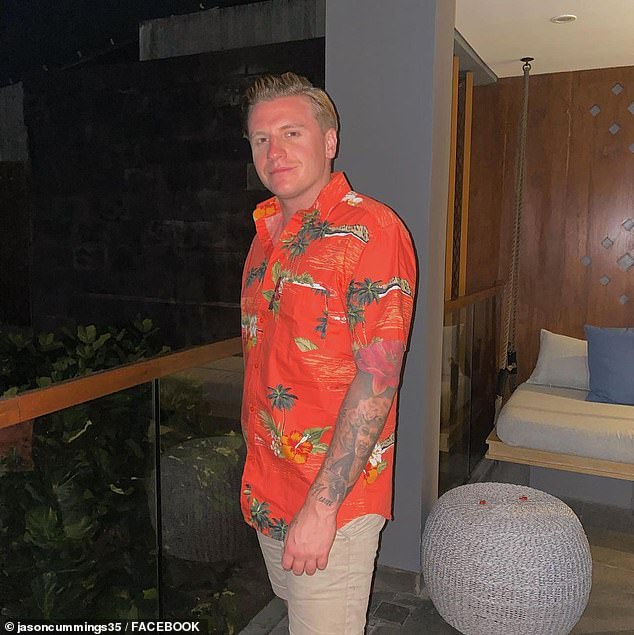 Jason Cummings, who was born and raised in Scotland but qualifies for Australia throw his mother, made his World Cup debut for the Socceroos today

Kalac offered one clear reason why he wasn’t preferred over Cummings.

‘Because he didn’t play for the Central Coast Mariners,’ he laughed, tongue firmly in-cheek.

Mariners stars Cummings, Garang Kuol and Danny Vukovic were all picked in the A-League squad.

‘Seriously, some of the decisions … it makes sense if you’re looking for a goal. Okay, you haven’t started with Jamie Maclaren, fair enough.

‘But if you’re making a sub, you’re losing 2-1, you want a goal and you don’t bring in an absolute goalscorer? I just don’t get it,’ Kalac said.

Kalac was from far from the only former Aussie legend to roast coach Graham Arnold’s selections and tactics.

John Aloisi and Mark Bosnich both questioned coach Graham Arnold’s tactics in the second half, with the Socceroos appeared too scared to take a few chances or throw caution to the wind.

‘Just questions around, in the second half, whether Graham could have changed the approach. The pattern of the game ultimately was already set,’ said Aloisi.

‘Don’t you at some point say, hang on, we have to get higher up the park here?’ said Bosnich.

Somehow the Socceroos will need to rebound quick-smart when they take on Tunisia at 9pm Saturday (AEDT).