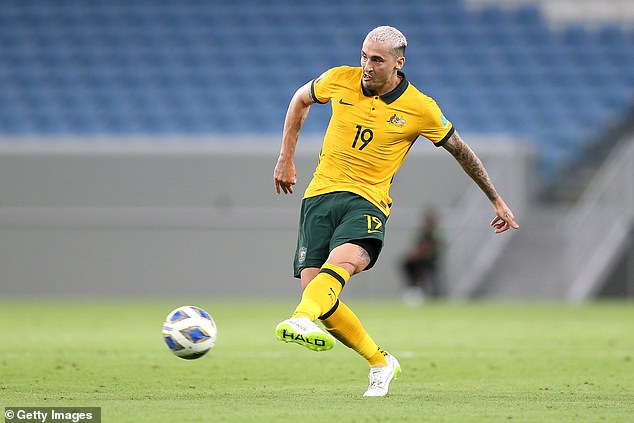 It might have only been a friendly but the Socceroos have given themselves a very valuable confidence boost with a 2-1 win over Jordan ahead of a World Cup qualifying clash against the UAE next week.

Set pieces were the key to victory, with Bailey Wright and Awer Mabil both scoring from corners after the side went 0-1 down in the 18th minute.

The win is just Australia’s second from their past eight games and gave coach Graham Arnold plenty to ponder heading into Tuesday’s (Wednesday AEST) clash with the UAE.

Jason Davidson makes a pass for Australia during the friendly match against Jordan at Al Wakrah Sports Complex, Qatar

Arnold was pleased with the win, but said it still gave him plenty to think about.

‘Probably couldn’t have had a better game to play to be honest. Jordan, good side, they’ve changed enormously since the new coach. They put us under pressure and that’s the perfect game that you want,’ he told Network 10.

‘We’ll go back and review the game and obviously there’s a lot to work on still. The good thing is this is the longest I’ve ever been able to coach them for – seven or eight days.

‘We’ve got another six days now before the UAE game and no days off. It’s all work and we’ll get things right,’ said Arnold. 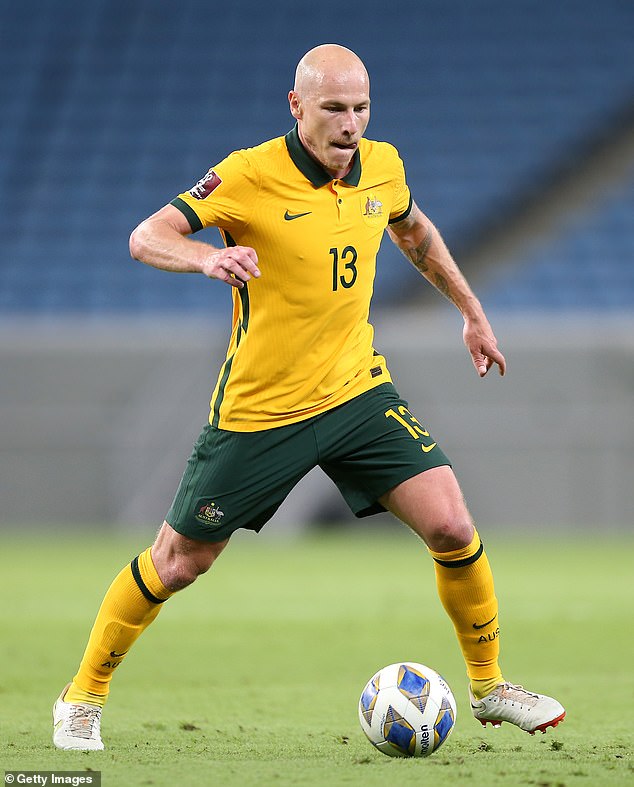 Star player Aaron Mooy was able to flush out the legs in a 61-minute stint, and the Chinese-based midfielder will hold an even more important role for next week’s must-win clash after the withdrawal of Tom Rogic for personal reasons.

Australia were immediately on the backfoot during last night’s clash when Musa Al-Taamari’s 18th-minute rocket from well outside the box, finishing off some neat build-up play by the Jordanians, gave Maty Ryan no chance.

The Socceroos were fortunate to escape further damage later in the first half when Wright caught Jordanian forward Ali Olwan inside the penalty area but the referee waved play on. 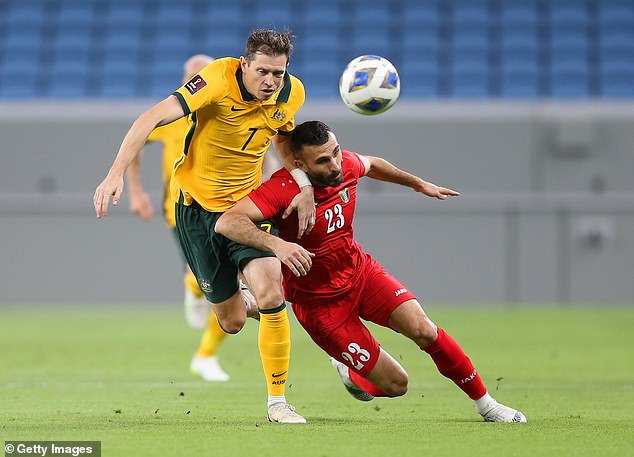 Mooy, on his 50th appearance for Australia, hit the woodwork early in the second half before Jordan created a couple of dangerous chances on the counter, including another penalty shout.

Shortly after Mooy’s withdrawal with half an hour to play, Australia took the lead.

Jordan goalkeeper Yazid Abu Layla saved smartly from another Wright header, this time from a corner, with Mabil able to acrobatically finish after Nicholas D’Agostino headed the loose ball back towards goal. 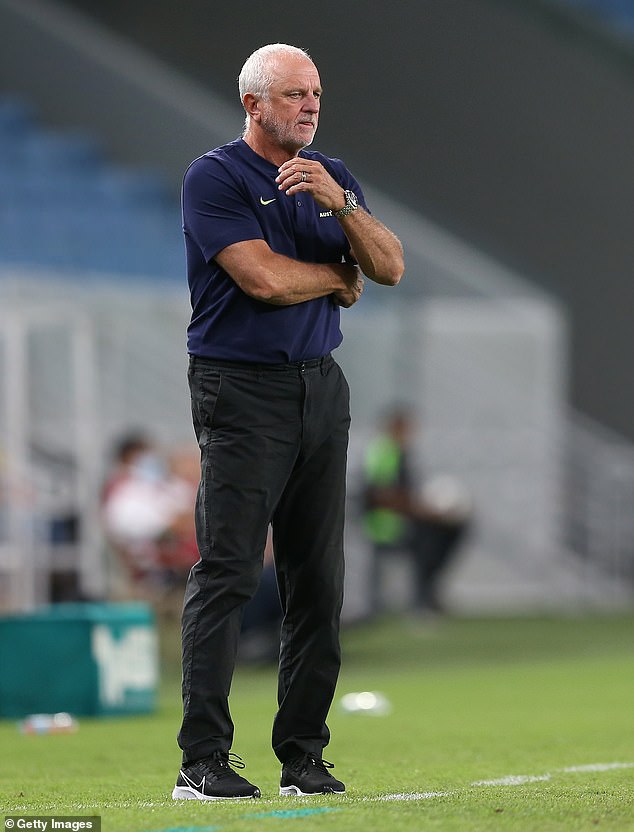 ‘I think that’s the first time we’ve come back since I’ve been in charge,’ Arnold said after the game.

‘It was really interesting and good to see the reaction when we went down one-nil because in the past few games when we’ve gone down one-nil or something’s happened, we’ve fallen apart.

‘Tonight that wasn’t the case.’

Australia now turn their attention towards the UAE, with a victory in that game setting up another play-off against Peru in Qatar the following week for a spot in the World Cup.