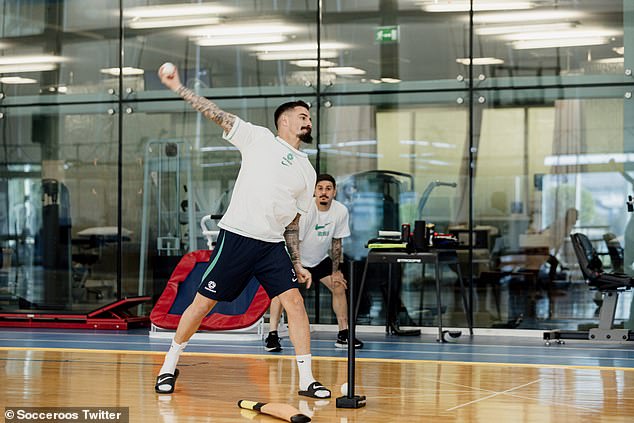 The Socceroos are enjoying some recovery time ahead of their do-or-die World Cup match against Denmark including a spot of cricket – with a tip of the hat to an Aussie legend.

The Australian squad is at Aspetar, a specialised orthopedic and sports medicine hospital that is the medical partner of French football powerhouse Paris Saint-Germain.

At Aspetar there has been plenty of serious recovery work, but also an opportunity to relax and unwind with Australia’s favourite pasttime, a spot of cricket.

The Socceroos posted videos and images of the players enjoying a carefree hit at Aspetar, cheekily adding that the score was 2/222 in a nod to the late, great Richie Benaud.

Benaud was the voice of Australian cricket and also enjoyed a highly successful playing career with his captaincy, leg-spinning and all-round abilities.

Ironically, Benaud was also a highly talented footballer as a junior but had to make the decision between cricket and the world game.

‘Wouldn’t want to face a yorker from Harry Souttar?’ one fan posted.

‘No yorkers in that footware please,’ pointed out another fan as the Socceroos were playing in socks and slip on sandals.

‘I’d take a 2-2 tomorrow too,’ one fan is hoping for our match against Denmark. 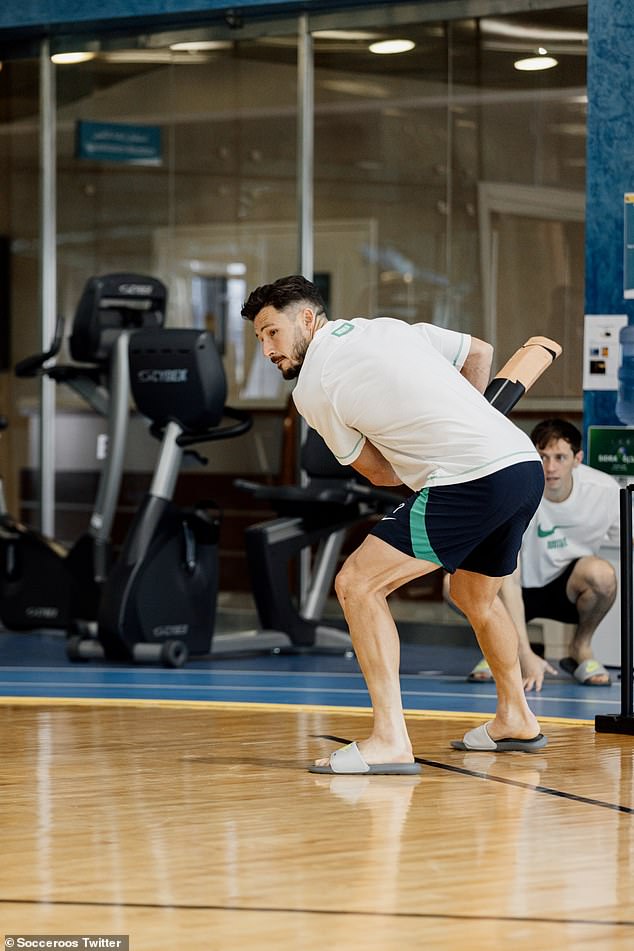 Leckie, moments before he dispatched Maclaren back over his head in a battle of the Melbourne City teammates

Leckie got the best of his Melbourne teammate, swatting him back over his head in a video share by Socceroos great Tim Cahill.

‘That pie that was bowled was rightly dispatched,’ a fan commented.

Cricket isn’t the only other sport the Socceroos have been enjoying in their downtime, with several players also trying their hand at basketball.

The footage was accompanied by the Harlem Globetrotters theme music and the Socceroos cheekily captioned the TikTok video with: ‘Harry you’re so tall, I bet you’re really good at basketball!’

‘The boys had a recovery session off site and got to switch things up for a change,’ the Socceroos posted.

‘Aye where is the NBL contract, loved watching your guys games btw,’ one fan replied.

‘He can bloody do it all’ said another.

The Socceroos will play Denmark in their final Group D match at the World Cup on Thursday at 2am AEDT. A win or a draw will seem progress to the knockout stage for just the second time in history.