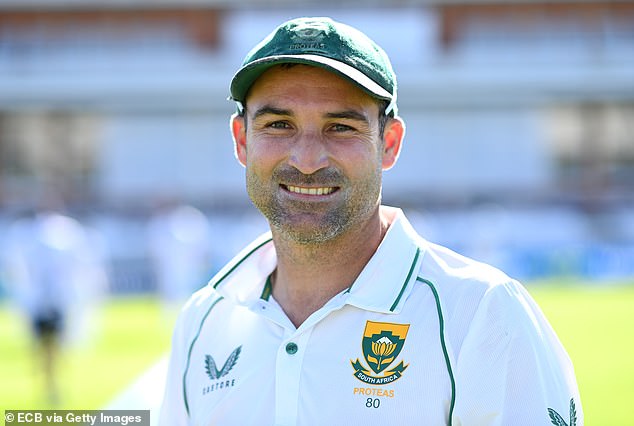 By Neil Manthorp For The Daily Mail

South Africa’s destruction of England at Lord’s signified the beginning of a new era for the Proteas Test team. Not one in which they go on to dominate the world, but one in which they have to keep winning just to keep the game alive.

They will play the bare minimum for the foreseeable future, just enough to fulfil their commitments to the World Test Championship.

But should they falter and, heaven forbid, endure a lengthy (or even short) period in the doldrums, they will experience little appetite among their own administrators to bankroll a return to winning ways. There is certainly no appetite elsewhere.

Cricket South Africa’s chief executive, Pholetsi Moseki, is a money man — in a good way. He worked in the corporate world for decades until CSA hired him deep into the organisation’s four-year crash to the brink of insolvency.

It is disingenuous and pointless to blame Moseki for the fact that South Africa will play just 11 two-match Test series in the next five years and two three-match series (against Australia at the end of this year and England at home). It’ll be at least five years until they return to these shores.

It is also wrong to say Moseki is ‘not a cricket person’. Whatever he may lack in passion for the game is more than compensated for by consultation with those who are ‘cricket people’.

They say they would like more Test cricket. Moseki does the numbers — they don’t add up. He is told the country’s best cricketers must be available for the new T20 domestic league in January and February, usually prime international cricket season.

CSA lose money every time they host a Test match not involving England or India and generate much more revenue from white-ball games against the same opposition. 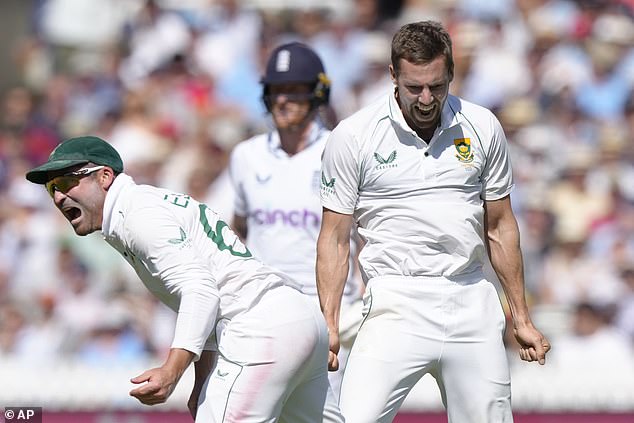 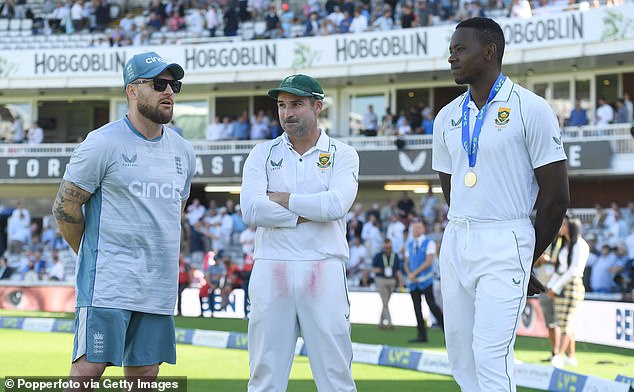 South Africa will never play as much Test cricket as they used to. The greatest hope is that they will continue to play the bare minimum and that the WTC will remain alive.

There is an excellent chance that Dean Elgar will lead his team back to Lord’s next year to contest the WTC final. After that the battle will be to remain relevant and a ‘box-office’ fast-bowling line-up helping to win lots of games is the best way to do that. Elgar is 35 but just three other members of the squad are over 30.

South Africa must be as successful at the box office as they are on the field if they want to continue to play Test cricket. They may even attract a new sponsor if they carry on playing as they did at Lord’s.

Warning his team against complacency after the Lord’s victory, Elgar said: ‘I believe you should play every Test as if it’s your last.’ It was a familiar figure of speech with a new, bitter twist.