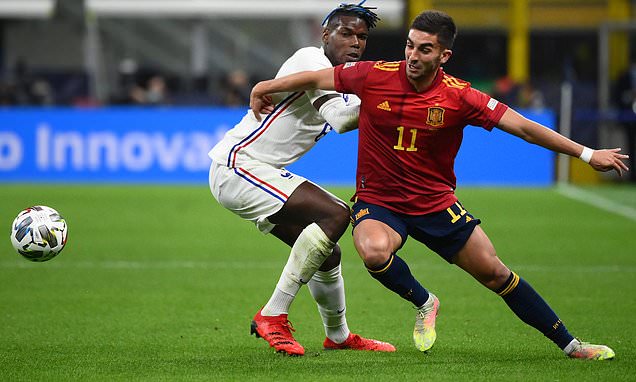 Spain vs France LIVE: Luis Enrique’s side take on Les Bleus for the UEFA Nations League crown as European giants do battle in Milan

The stage is set as Spain and France do battle for the UEFA Nations League title in Milan this evening.

The European giants came through thrilling semi-final displays as Spain ended Italy’s unbeaten run on Wednesday, before France overturned a two-goal deficit to dump World No 1 side Belgium out on Thursday.

Both sides enter tonight’s contest full of confidence and it’s all to play for as Luis Enrique and Didier Deschamps attempt to win this prize for their countries for the first time.

Follow Sportsmail’s TOBY MILES for live coverage of the Nations League final contested by Spain and France, including build-up, team news and updates.