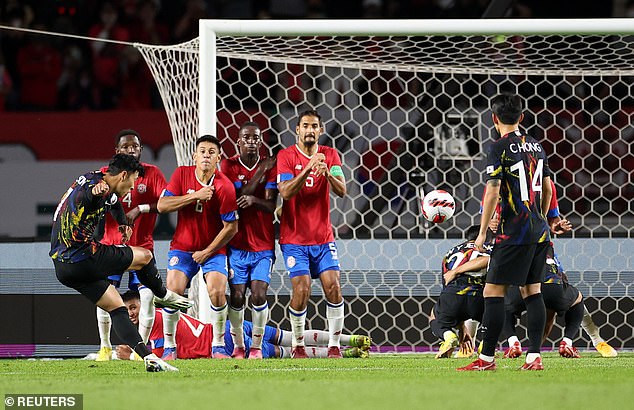 ‘Get Harry off the free kicks!’: Spurs fans call for Son Heung-min to take over club set piece duties from Harry Kane after the South Korea star curls in another beauty to salvage a late friendly draw with Costa Rica

Spurs fans have heaped praise on Son Heung-min after he continued his impressive return to form by scoring a scintillating free kick to earn South Korea a late draw with fellow World Cup qualifiers Costa Rica.

Wolves striker Hwang Hee-chan put the 2002 World Cup semi-finalists ahead at the Deokyang Eoulim Nuri Stadium before Costa Rica struck back twice, and looked set to hold onto the win as the game reached its final stages.

However, after South Korea were awarded a free kick, Son levelled the game by smashing his set piece into the top corner to avoid defeat in the team’s penultimate friendly ahead of the tournament in Qatar. 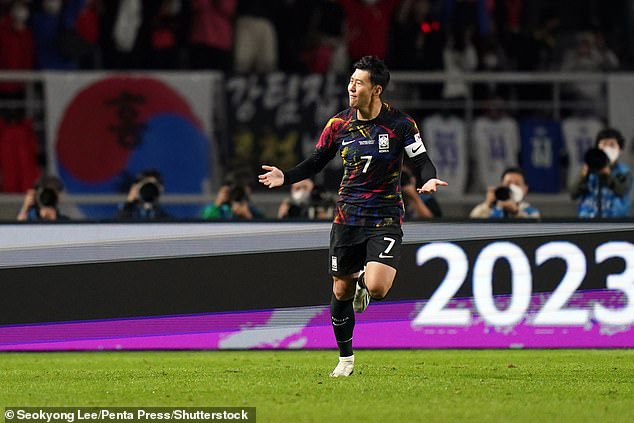 In the aftermath of Son’s sensational set piece, Spurs fans took to Twitter to question why the forward hasn’t been entrusted with taking free kicks at club level:

One user wondered why Harry Kane is still Tottenham’s free kick taker: ‘If Kane ever takes a free kick for Spurs again I want his contract voided’

Another added: ‘How many free kicks does he need to make for his country before Spurs allow him to do it for them? Love Kane but he needs to step aside here.’

A further user wrote: ‘Son Heung-min just scored this another world class free-kick. That’s 3 direct free kick goals from him for the past few months for Korea. Tottenham needs a direct free-kick taker who could score, aren’t they?’

@sonslashthfc added: ‘Son Heung Min scored a free kick goal in his last 3 games for South Korea and all these are in different style. Oh my word, what a player.’

The goal marks the continuation of the reversal of fortunes for the Tottenham star. 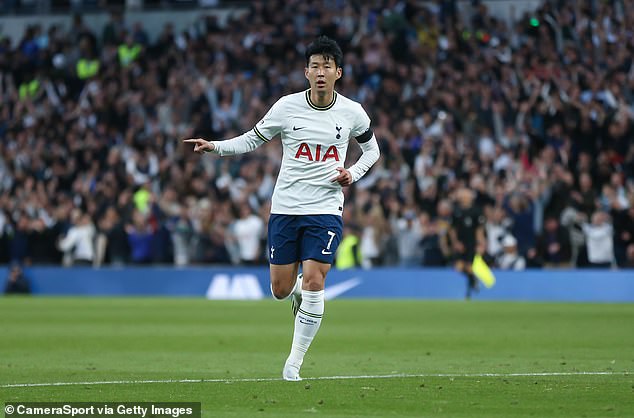 After a career-best return of 23 league goals last season, Son was criticised after enduring a difficult start to the current campaign in which he failed to score in his first six Premier League appearances.

Coming on as a second-half substitute, the 30-year-old would lay all worries about his form to rest with a fantastic 14-minute hat-trick to secure victory at the Tottenham Hotspur Stadium.