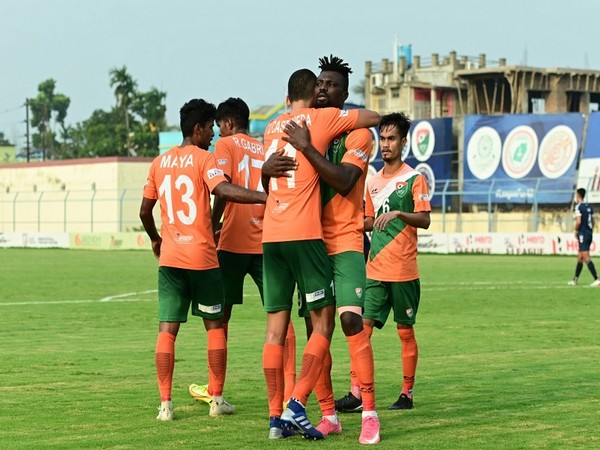 With this win, they have moved to the third spot on the table. Lal Chungnunga and David Castaneda Munoz were on the target for Sreenidi Deccan while Ranjeet Singh Pandre netted the consolation goal for Kenkre FC. Sreenidi Deccan kicked off the game with intent and were aggressive from the start. But it was Kenkere who drew the first blood as Ranjeet Singh ripped apart Sreenidi Deccan with his pace and put his side up by breaking the deadlock in the 19th minute. Vijay Nagappan provided the beautiful assist as Kenkre’s counter-attacking created a hole in their foes’ defence line.

However, the lead did not last long as three minutes later Lal Chungnunga scored from a free-kick to level the contest 1-1.

Both teams increased their efforts towards the end of the first half but it did not materialize as the game was locked 1-1 at the break.

David Castaneda then gave his side the lead at the hour mark after a sloppy defending from Nam, who gave away the ball cheaply. The striker grabbed the opportunity with both hands with a sublime finish as he netted the ball in the left corner.

Kenkre FC became even more aggressive in the final 10 minutes of the regulation time as they looked for an equalizer. In the 84th minute, Ranjeet Singh made yet another unsuccessful attempt. They were given four more minutes of extra time to level the score but failed and in the process conceded their sixth match of the season.