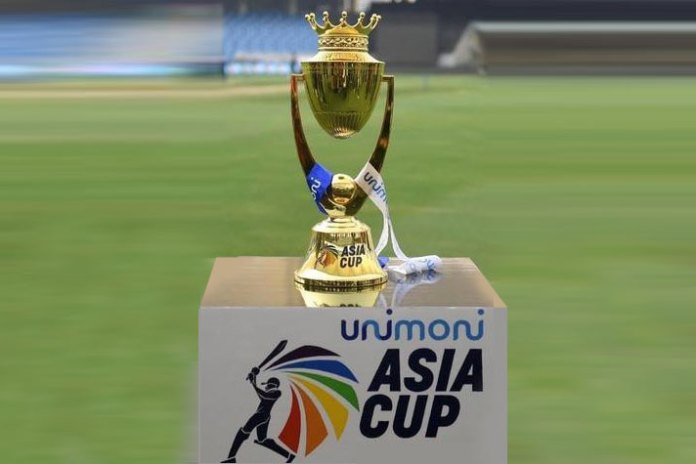 Asia Cup 2022 – Asia Cup Cricket Venue: Sri Lanka Cricket (SLC) is in fix. According to SLC CEO, the board will lose more than $5-6MN if Asia Cup is moved out of Sri Lanka due to the ongoing economic crisis. InsideSport has learnt that SLC’s officials during their visit to India literally pleaded with Asian Cricket Council and BCCI officials to not move Asia Cup out of Sri Lanka: Follow Asia Cup Cricket LIVE Updates with InsideSport.IN

“No final decision has been reached as yet. All is dependent on how we conduct the Australian series. Jay Shah and other ACC officials have assured us that if all goes ok, Asia CUP will stay in Sri Lanka”, said SLC’s secretary Mohan De Silva to InsideSport.

Australian team is already in Sri Lanka and the series will commence from June 7.

According to the estimates of SLC CEO, the local board will lose 5-6MN of potential revenues if Asia Cup gets moved out of Sri Lanka.

“Big revenues get generated by hosting teams like India, Pakistan. That’s why we are still trying to persuade the countries to play in Sri Lanka. For us revenues are critical. At this stage even for our country any incoming dollar is critical. We are all geared up to host the Asia Cup and we all are in a positive mood”, said CEO of SLC Ashley de Silva .

How the host board generate revenues?

Asia Cup 2022 Schedule: The Asian Cup tournament is scheduled to be played from August 27 to September 11.

Before the main event, ACC had planned a qualification tournament to be played from August 20 to decide on the sixth team in the competition.

The five full member countries of the ICC – India, Pakistan, Sri Lanka, Bangladesh and Afghanistan will be joined by one qualifying country from the Asian region.