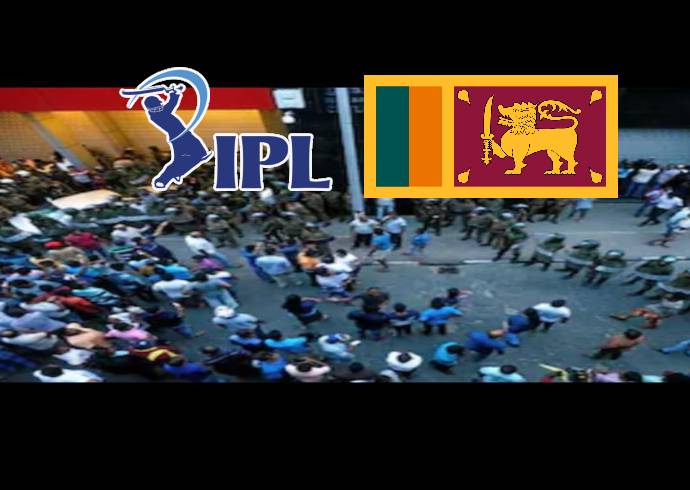 Sri Lanka economic crisis LIVE: Several channels have suspended broadcasting due to the foreign exchange crisis. The crisis has even the telecast of IPL 2022 matches.

The suspension of channels has also affected the broadcasting of the ongoing Indian Premier League (IPL).

Several cricket fans have raised concerns as the IPL matches are also not being broadcast. A local television channel that wanted to broadcast the IPL on local channels has also pulled out due to difficulties in making payments in dollars.

Meanwhile InsideSport could not ascertain that whether Star Sports channels going into Sri Lanka are operational or not.

Sri Lanka economic crisis LIVE: The two newspapers, privately owned by Upali Newspapers, said that “in view of the prevailing newsprint shortage” their daily newspapers will only be available online.

Due to rising costs, other main national dailies have also reportedly reduced pages in their print editions.

Printing paper, is one of many items that Colombo have been unable to import due to a shortage in foreign exchange reserves.

Earlier this month, Sri Lanka cancelled school examinations indefinitely for millions of students over the shortage of printing paper.

Sri Lanka, currently struggling with one of its worst financial crises, has sought assistance from the International Monetary Fund (IMF). Sri Lanka is also seeking loans from India and China to stabilise its economy.

Despite securing a $1 billion credit line from India to pay for its import of essential goods, Sri Lanka has sought another credit line of $1.5 billion this week.

The debilitating crisis has sparked protests in Colombo as inflation and reduced imports have caused the cost of living to soar.

Sri Lanka has been rationing its supply of fuel, which has led to long queues at petrol stations and daily power cuts across the island.

Several foreign channels have stopped service on PEO TV, due to the foreign exchange crisis in Sri Lanka. The company expressed its apologies to consumers in a special notice announcing the suspension of channels.

PEO TV further assured consumers that the company will be working to restore the service as soon as possible.