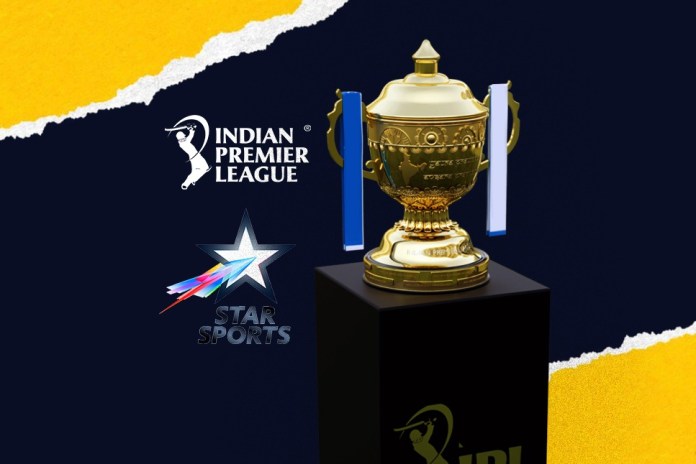 IPL 2022 LIVE Broadcast – Star Sports IPL Sponsors: The 15th edition of Indian Premier League (IPL 2022) could turn out to be the most lucrative ever for Star Sports. The official broadcaster of IPL 2022 has increased the rates of IPL ON-AIR Sponsorships by 20%. According to information available with InsideSport, Star Sports has already sealed deals with 10 advertisers for IPL 2022: Follow IPL 2022 LIVE Updates with InsideSport.IN

It is worth noting that Star Sports has increased the rate of sponsorship packages & inventory rates by almost 20% vis a vis IPL 2021.

“IPL 2022 is very special. It will have 10 teams, will be played in India, will have new format & most importantly new composition of the teams. All of these put together has created huge amount of buzz in the market & Star is rightfully encashing this buzz”, said one of the biggest media agency buying head.

According to BARC Data for the week, almost 50 million viewers tuned in for the two days player acution in Bengaluru.

“This year turn ed out to be the biggest auction event and justified our belief that the runway offers the opportunity to engage with millions of cricket fans and generate immense anticipation for the tournament,” Sanjog Gupta, head-sports at Disney Star was quoted by ET.

IPL 2022 New Format Explained: How the completely new format is creating huge buzz for the league?

All 10 IPL Teams have been divided into two groups.

Each team will play twice with the teams in their group & once with teams in the other group.

Not only this but they will also play two matches with team in the same row in the second group.

With the rest of the teams in the second group they will play only once during the season.