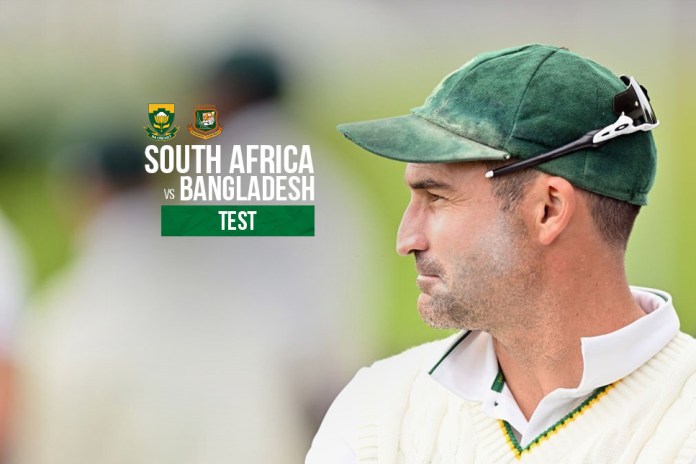 South Africa vs Bangladesh Test series: South Africa will field a depleted side when they prepare to host Bangladesh for a two-match Tests series. The Proteas will be missing as many as 10 Test playing stars as the likes of Kagiso Rabada, Marco Jansen and Aiden Markram have all chosen to play in the IPL 2022 over the Test series. Quinton de Kock, who retired from Tests, will also play in the upcoming IPL leaving Dean Elgar with a bunch of inexperienced stars against a spirited Bangladesh side. Follow SA vs BAN LIVE Updates on Insidesport.in.

Dean Elgar will have to contend with a largely inexperienced bowling attack as South Africa named a depleted squad for the two-Test series against Bangladesh. Despite Elgar’s request to players to put their country first, all 11 South Africans, who were picked in the IPL 2022, have chosen to ply their trade in the cash-rich league.

Kagiso Rabada, Aiden Markram, Lungi Ngidi, Marco Jansen, Rassie van der Dussen and Anrich Nortje will be some of the big names opting out with Elgar scrambling for options.

Dean Elgar’s #Proteas squad to take on Bangladesh in the 2️⃣ match #BetwayTestSeries.

Sarel Erwee, who scored a century on his debut vs New Zealand retained his place in the side and will form the nucleus of the batting order alongside Temba Bavuma and Keegan Petersen. Khaya Zondo receives his maiden call up to the side, while Ryan Rickelton and Kyle Verreynne slot in as wicket-keepers.

Simon Harmer returns and will share spin duties with Keshav Maharaj, while the fast bowling department is thin on games. Glenton Sturman, Lizaad Williams, Lutho Sipamla, and Duanne Olivier will have steady the ship, with Wiaan Mulder also selected.

The team will be without its IPL players. CSA’s current MOU with South Africa’s Cricketers Association states that CSA is not at liberty to refuse players the opportunity to take part in the IPL, as CSA and SACA look to balance the livelihoods and opportunities of players and their national duties.

“The loss of the IPL players is not ideal, but we back the CSA system, its ever-growing pipeline and most of all, the players we have selected,” says CSA Convenor of Selectors, Victor Mpitsang.