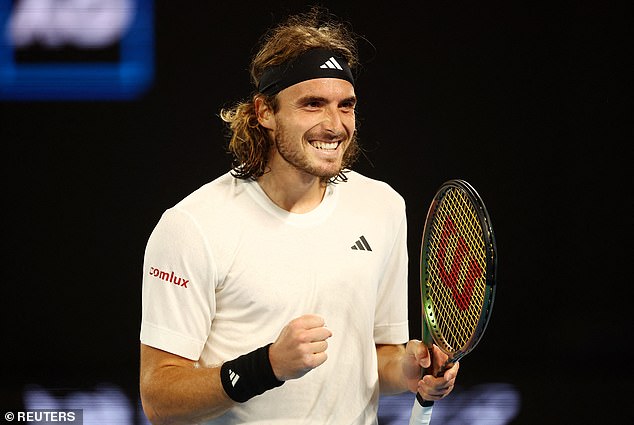 Stefanos Tsitsipas continued his charm offensive to win over fans at the Australian Open by inviting Margot Robbie to attend his semi-final.

The Greek has been vocal about his love for Australia throughout the tournament, even reeling some Aussie slang much to the delight of the spectators at Melbourne Park.

And following his 6-3 7-6 (2) 6-4 win over Jiri Lehecka in the quarter-finals on Tuesday, Tsitsipas again showed his appreciation for Australia and Australians, specifically Robbie.

‘Australia is such a great country, I like a lot of Aussie things,’ he told Jim Courier during his on-court interview after booking a semi-final berth in Melbourne for the fourth time in the last five years.

‘One of my favourite actresses comes from Australia, Margot Robbie.’

When asked whether he was ‘pitching’ himself to the Hollywood star, Tsitsipas replied: ‘It would be nice to see her over there one day’, while gesturing towards the stands at the Rod Laver Arena.

Determined to extract an answer from the world No4, Courier took the already awkward exchange even further. 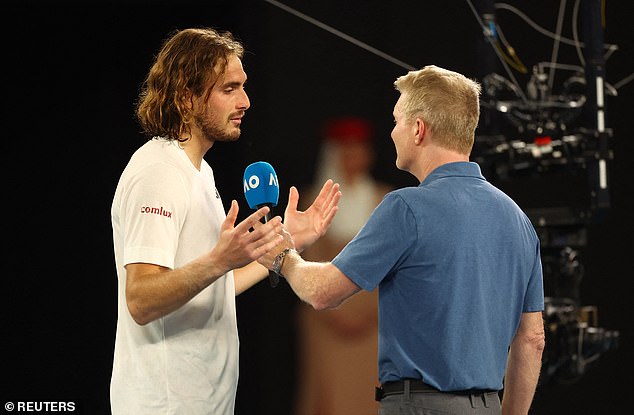 ‘Are you officially extending an invitation to Margot Robbie? I just want to be crystal clear here,’ the four-time Grand Slam winner continued.

Tsitsipas’ answer was as succinct as it was eloquent, as he replied: ‘Absolutely’.

While the two-time Academy Award nominee may still accept the invitation, Tsitsipas’ public admiration could make for some awkward explaining to his girlfriend, Theodora Petalas. 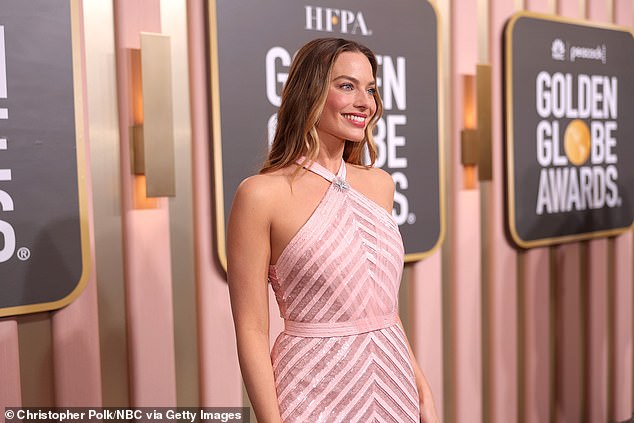 However, it remains to be seen whether the Hollywood star is a tennis fan

A New York City University graduate, Petalas lives in London but has often been spotted cheering on the Greek star from the stands at courts around the world.

‘It’s a little difficult for us, because she lives in London,’ Tsitsipas told Marie Claire earlier this month.

‘But thankfully it hasn’t brought us to extremes. She comes to some tournaments to support me and so we can spend some time together.’

In 2021, Tsitsipas revealed he had started dating Petalas in 2019, when she was living in the US. It is believed the two met through family friends in New York, but the tennis star admitted it took him a while to summon the courage to express his feelings. 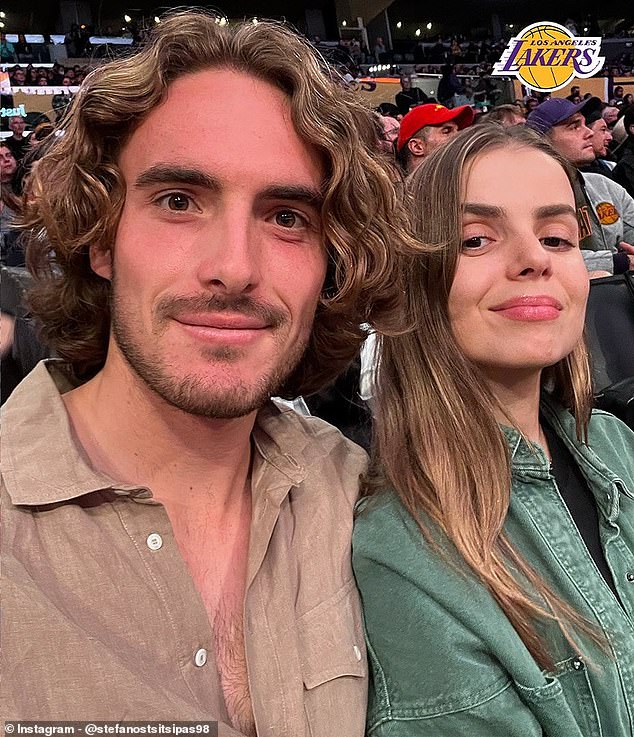 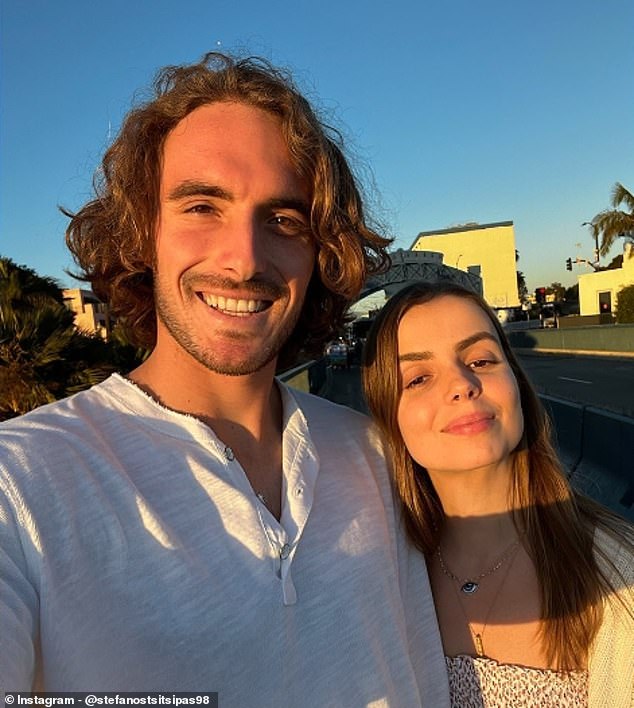 ‘I liked her very much, but I was shy then and did not express my feelings,’ he told The Sun last year.

‘But two years ago, again in New York, I asked her out on a date.

‘I asked her to go to Brooklyn to snap some photos and I think she liked that. I did take some photos, which to this day are my favourites. 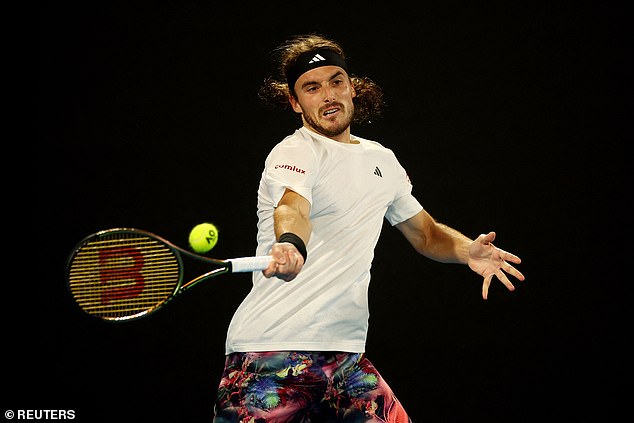 The Greek, who along with Novak Djokovic still has a chance of finishing the tournament as the world number one, will take on Karen Khachanov in the semi-finals on Friday.

‘I’m feeling great with my tennis. I don’t think I felt so good in a long time. I will definitely say yes to it,’ the Greek told reporters. ‘I’m a different player, playing different.

‘My mentality is different. When I’m out on the court, I don’t really think of negatives, to be honest. I just go out there and play the game.’