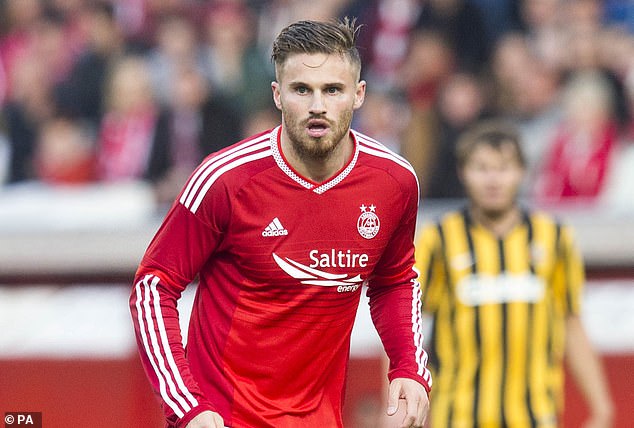 David Goodwillie could break all known scoring records between now and May and it wouldn’t come close to justifying the grief Raith Rovers have brought to their own door.

When a board of directors feels the need to take a vote on a new signing, it says much about the baggage attached to the player in question.

Indeed, Goodwillie – who was ordered to pay damages after a civil court decided he was a rapist in 2017 – comes with a suitcase so full they’d struggle to sneak it past the gates of Downing Street for a lockdown knees-up.

Raith knew the dangers of signing David Goodwillie, and this is a catastrophe of their making

Raith Rovers always knew the dangers of signing him. Yet by Tuesday morning they were embroiled in a public relations catastrophe of their own making and ignorance was no defence.

A vocal and generous club sponsor – not to mention a lifelong supporter – crime author Val McDermid had been warning them for weeks. Say hello to the former Scotland striker and they could wave farewell to her financial backing.

At a board meeting on Monday afternoon, the directors of Raith took a show of hands on whether Goodwillie was a fit and proper figure to play for the club. 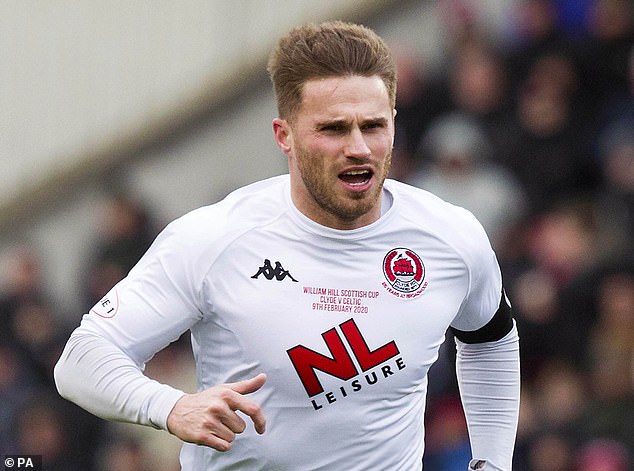 Goodwillie could break all scoring records, but it wouldn’t come close to justifying the grief

Bill Clark, a former club chairman, adopted the understandable view that he wasn’t and fans’ director Andy Mill agreed. Outvoted by the other four directors – chairman John Sim operates from a base in Thailand – the board reached a ‘football-related decision’.

Goodwillie signed from Clyde before the transfer deadline, with Rovers seeing off competition for his services from League One Falkirk. That one Scottish team failed to read the room is remarkable enough. That two were daft enough to think they could ride out the storm beggars belief.

Any satisfaction or vindication Raith felt at winning the race for Goodwillie’s services was short-lived. McDermid confirmed that she would be ending her shirt sponsorship deal with the club.

A series of posts on Twitter read: ‘I have cancelled next season’s shirt sponsorship over this disgusting and despicable move. This shatters any claim to be a community or family club.

‘Goodwillie has never expressed a shred of remorse for the rape he committed. His presence at Stark’s Park is a stain on the club. I’ll be tearing up my season ticket, too. This is a heartbreaker for me and many other fans I know.

‘The thought of the rapist David Goodwillie running out on the pitch at Stark’s Park in a Raith Rovers shirt with my name on the back makes me feel physically sick.’

The floodgates were quick to open. Captain of the club’s women’s team, Tyler Rattray quickly quit in protest.

‘After 10 long years playing for Raith,’ she Tweeted, ‘it’s gutting I have given up now because they have signed someone like this and I want nothing to do with it. It was good being captain of Raith while it lasted.’ 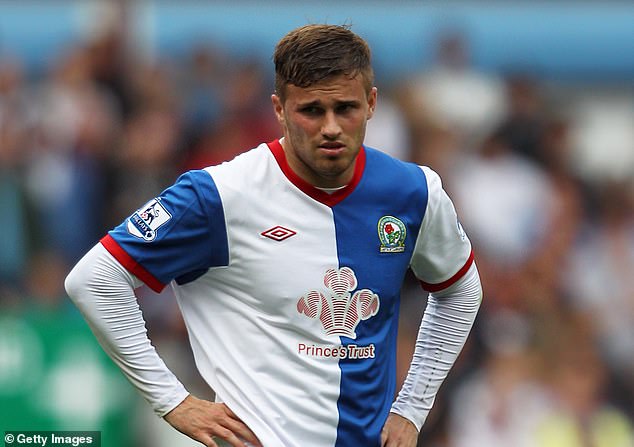 The club’s supporters liason officer, Margie Robertson, tendered her resignation on social media shortly after, writing: ‘My values and that of the club are now on a divergent path.’

Against this backdrop of community revulsion and national condemnation, Clark felt he could no longer continue after his views were ignored at Monday’s board meeting.

‘My job has been youth development and community development since I stepped down as chairman,’ he told Sportsmail.

‘I just think that my credibility going out there and trying to encourage young people and so on – and especially women to the women’s team – has gone down the pan with this decision. It would make my life very, very difficult to try and go out there and convince people we are a genuine community club.’ 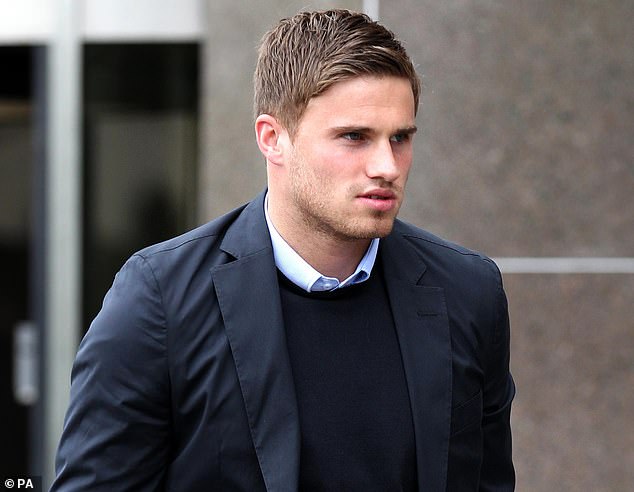 Asked if his views were listened to or taken on board, he added curtly: ‘No.’

If the strategy of Raith Rovers was to turn a rubber ear to the criticism, fire out a tone-deaf statement and ride out the pile-on, it quickly ceased to be an option. Fellow authors Ian Rankin, Liam McIlvanney and Richard Osman offered their support to McDermid on Twitter.

Rape Crisis Scotland wrote of the need for ‘zero tolerance’ of sexual violence. The story transcended the boundaries normally constraining a Scottish football tale when First Minister Nicola Sturgeon expressed support for the stance of McDermid and Ms Rattray.

Applauding them for being ‘principled’, she added: ‘The fact they’re in this position at all reminds us that our society still has a way to go to make zero tolerance of sexual violence a reality.’ 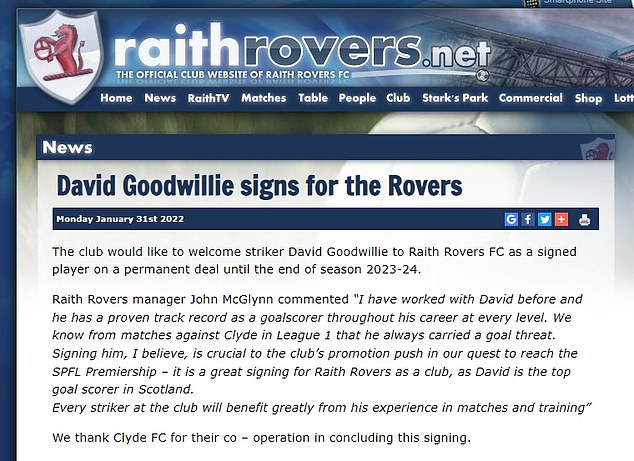 Goodwillie was thrown a lifeline by Clyde, but has still not shown the slightest bit of sorrow

Released by Plymouth Argyle after he and former Dundee United team-mate David Robertson were accused of raping Denise Clair, Goodwillie was thrown a lifeline by Clyde. The striker has played there with barely a peep for the last five years and many will ask what’s changed now.

Had the player himself ever owned up to making mistakes or shown the slightest bit of sorrow or contrition over what happened that night, it might be a little easier to move on. Every sinner has a right to redemption and rehabilitation, be it David Martindale or David Goodwillie.

Jailed for six-and-a-half years in 2006 when he was caught by an undercover police operation taking a hands-on role in one of Britain’s biggest-ever cocaine gangs, Livingston manager Martindale was disarmingly honest on his guilt and his motivations. He reinvented himself.

While on bail, he enrolled in a construction project management degree at Heriot-Watt University, emerging eight years later with a 2:1 with honours. 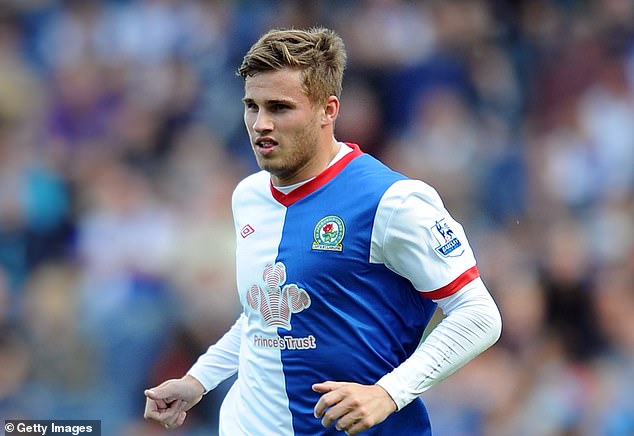 Goodwillie was ordered to pay £100,000 in reparation to his victim and is yet to say sorry

He began helping out Livingston, served a punishment proportionate to the crime and has now emerged as a highly effective and intelligent football manager. He paid his debt to society.

Goodwillie was ordered to pay £100k in reparation to his victim. He will also argue that he paid a heavy price for an offence he was never convicted of in a criminal court when he lost his career, house, car and very nearly his family.

The trouble is that it’s hard to show much forgiveness for the man who won’t say sorry or accept a degree of wrongdoing established on the balance of probability in a civil court by Lord Armstrong.

Football supporters are a fickle bunch. But this striker could lead one of the country’s oldest football clubs to the Scottish Premiership and there would be no dancing on the streets of Raith. Only the swish of tumbleweed blowing by as sponsors and supporters leave them to it.