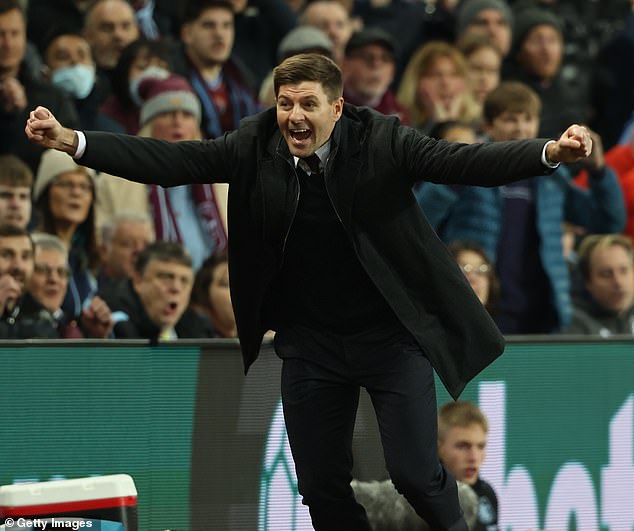 Steven Gerrard roared with delight after claiming a victory from his first game as Aston Villa manager and revealed he still lives for the buzz of winning.

The former England captain led his team to a 2-0 triumph over Brighton thanks to late goals from Ollie Watkins and Tyrone Mings – ending a run of five consecutive defeats that cost Dean Smith his job and persuaded Villa to hire Gerrard from Rangers.

Gerrard’s reacted to Watkins’ goal with the same raw passion he showed after scoring a screamer at Anfield. He spent part of his last week dismissing the idea that he sees Villa as a staging post on his journey back to Liverpool and argued that his celebration showed his commitment to his new club.

‘They are the buzzes and the highs you miss as a player and the reason I wanted to stay in the game,’ said Gerrard.

‘I love winning – that is my medicine. I love competing, love seeing the players happy, smiling and feeling good. There is no better sight than a No 9 finishing with that class and style.

‘I’m trying to control my emotions but I’m kicking every ball. I want to be there for the players on the sidelines and I want them to see me, so I can guide them. 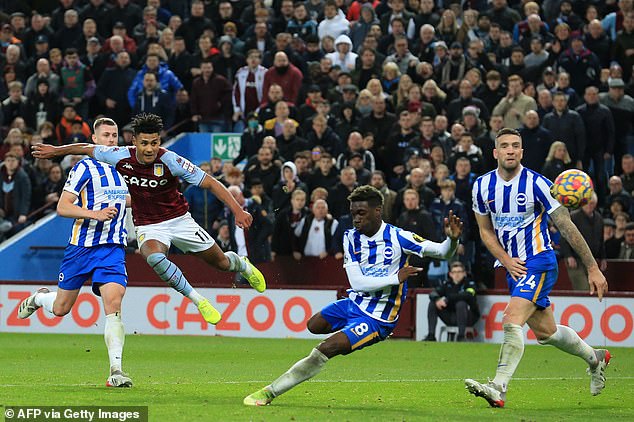 ‘I hate losing. I hate losing when it’s 5v5 or 6v6 in training games. I want to show emotion and always be as authentic as I can. If anyone doubted what it means to me, just watch me after those goals. That was real, that’s the feeling, that’s the way it is.

‘It was a big week and a big game, especially for the players after five defeats, so it’s a mixture of excitement, relief and pride. I can’t be any more proud of the players. In the main, they have followed everything we asked and performed.’

Brighton controlled possession for most of the match and despite the late goals, Gerrard knows there is much work still to do. They travel to Crystal Palace next weekend before home games against Manchester City and Leicester ahead of Gerrard’s return to Liverpool on December 11. 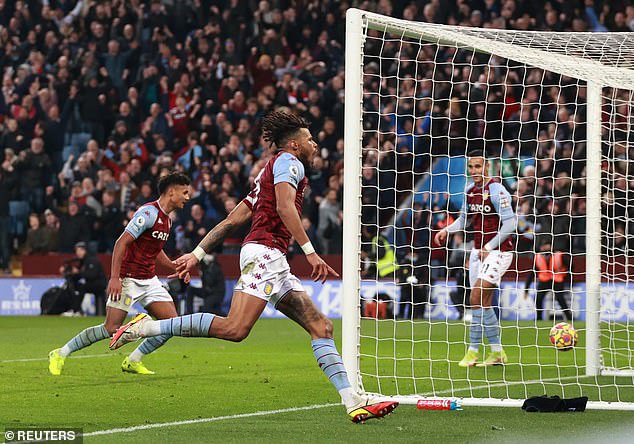 In a late blitz, Tyrone Mings made the points safe for Villa after scoring with a minute to play

He added: ‘We were a bit tense at times and it wasn’t all perfect. We’ve got a lot to build on but with time we’ll get better.’

The win lifts Villa to 13 points, four clear of the relegation zone. Brighton, meanwhile, are now without a win in seven league games.

Boss Graham Potter said: ‘It is a tough place to come but we controlled it as well as we could. We gave ourselves a chance to win but didn’t score. Aston Villa did, so they deserve it.’