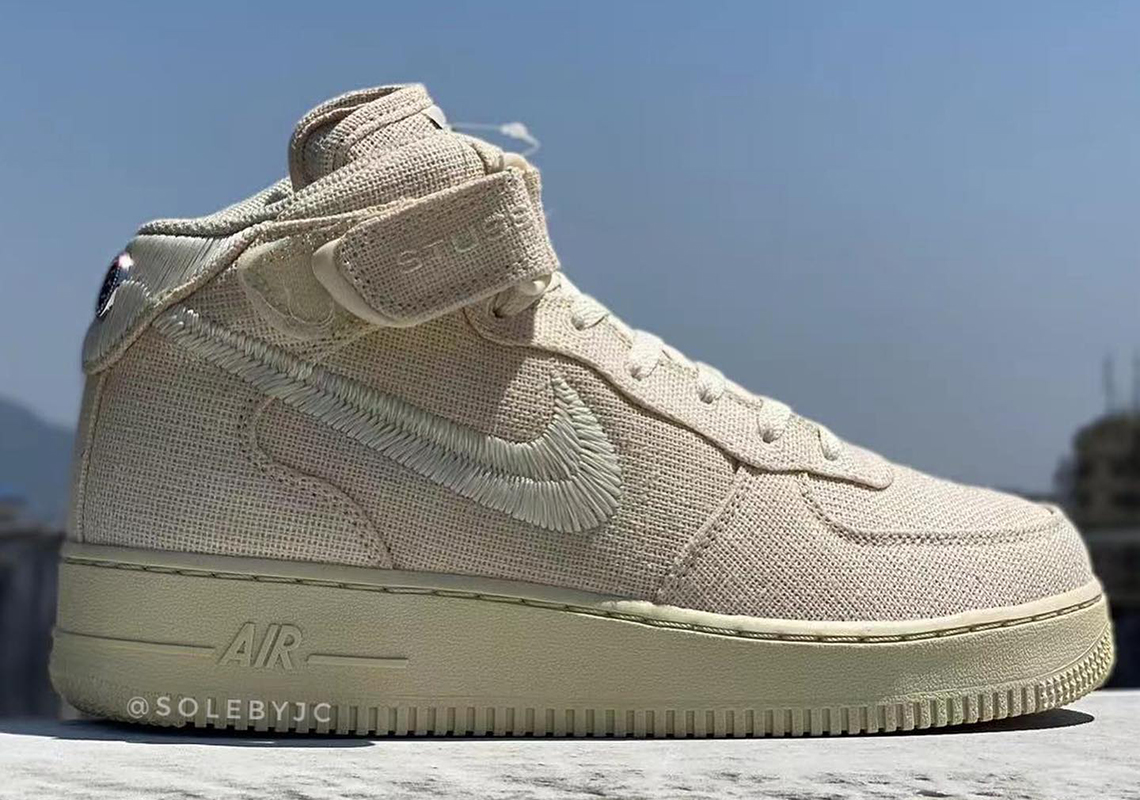 From the Dunk Low to the Zoom Spiridon Cage 2, Stussy has always been an important part of the Nike family. And it’s only fitting the legendary streetwear label take part in the Air Force 1‘s 40th Anniversary, for which they’ve created a small collection of collaborative colorways. Joining the set for a current total of three, this newly-revealed pair draws inspiration from a past offering: the Air Force 1 Low “Fossil.”

Here, the latter is essentially recreated, albeit atop the shoe’s mid-top trim. All of the details seen on the 2020 release are intact, especially the pair’s branding. Logo emblems and embroideries are featured across the heel tab and toe box, while “Stussy” is embroidered across the strap in thin font. The Swoosh, too, is threaded identically, clad in a shade just a bit lighter than the hemp that constructs the majority the upper as well as the tongue.

For a closer look at this familiar sequel, check out the leaked imagery below. Currently, no firm release date has been announced, but we’ll likely learn more very soon.

In other news, the Off-White Nike Blazer Low is releasing soon! 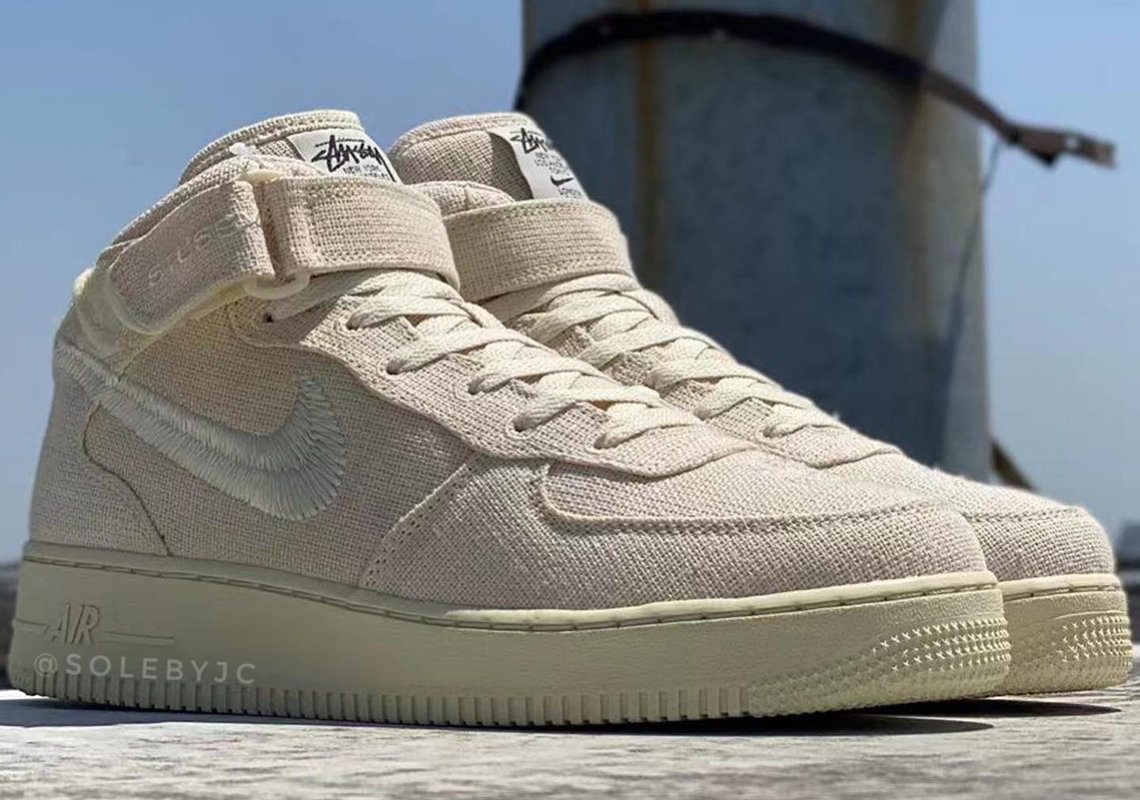 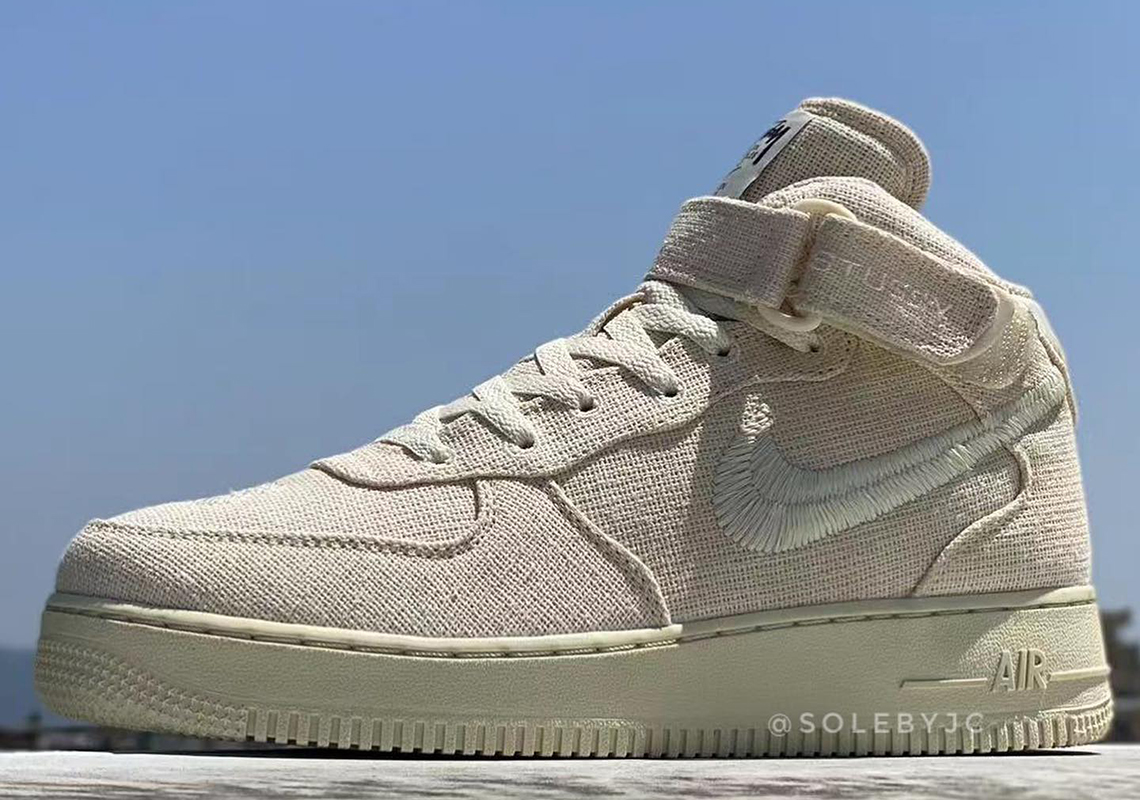 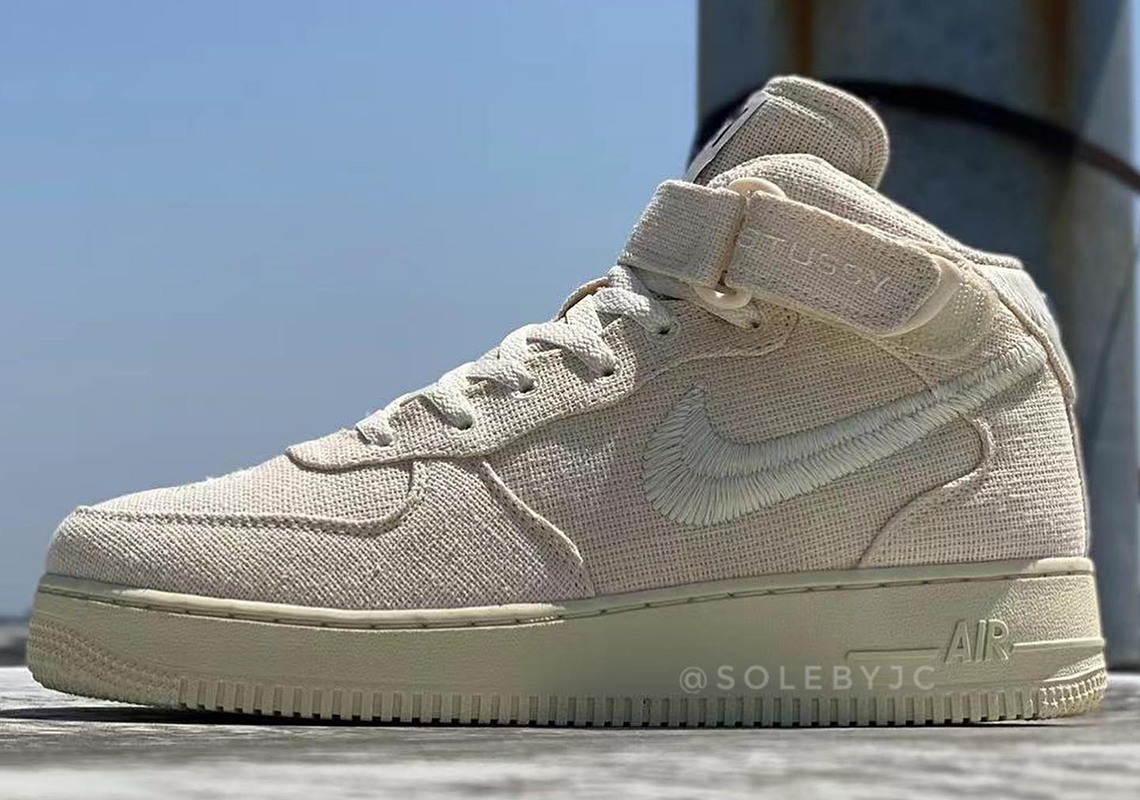 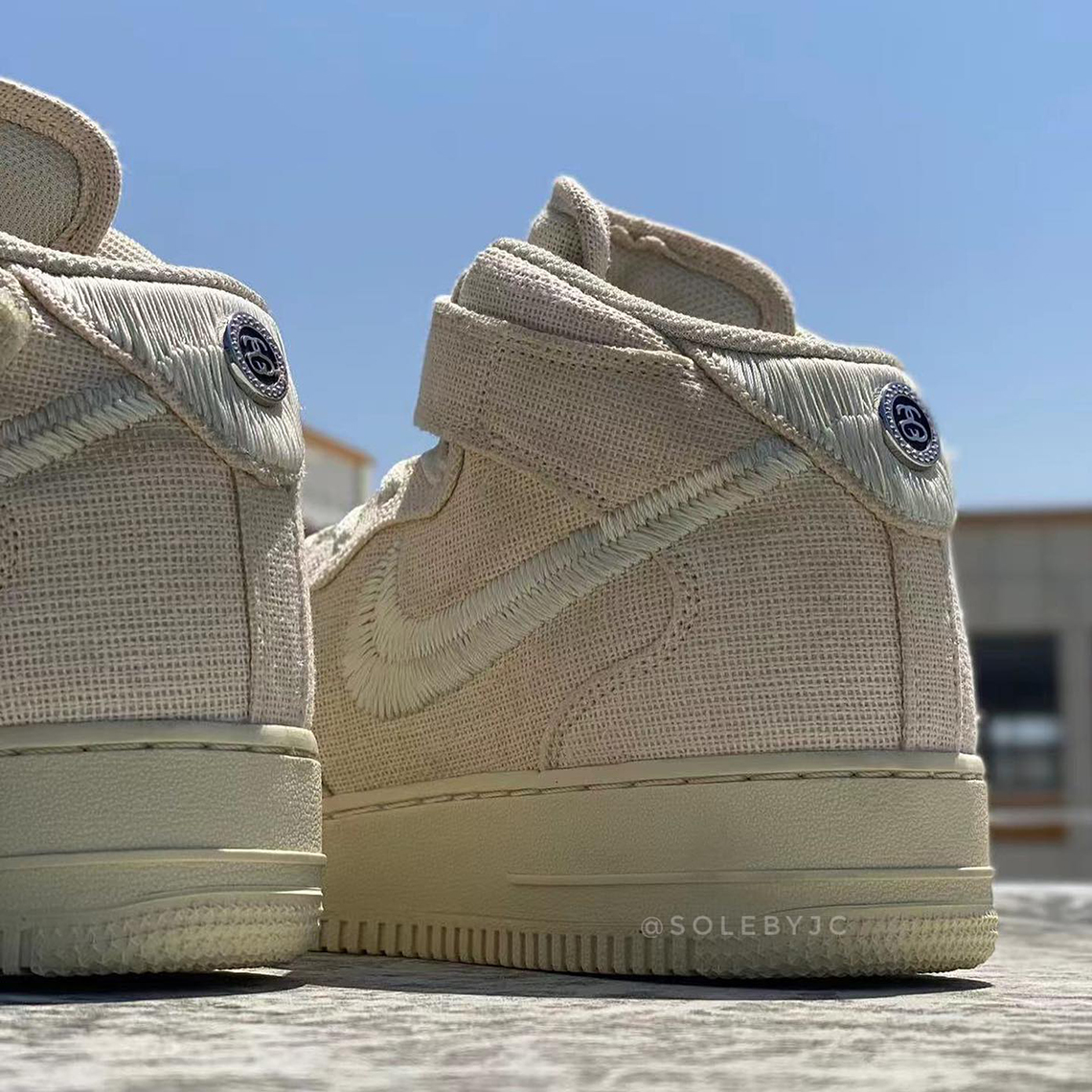 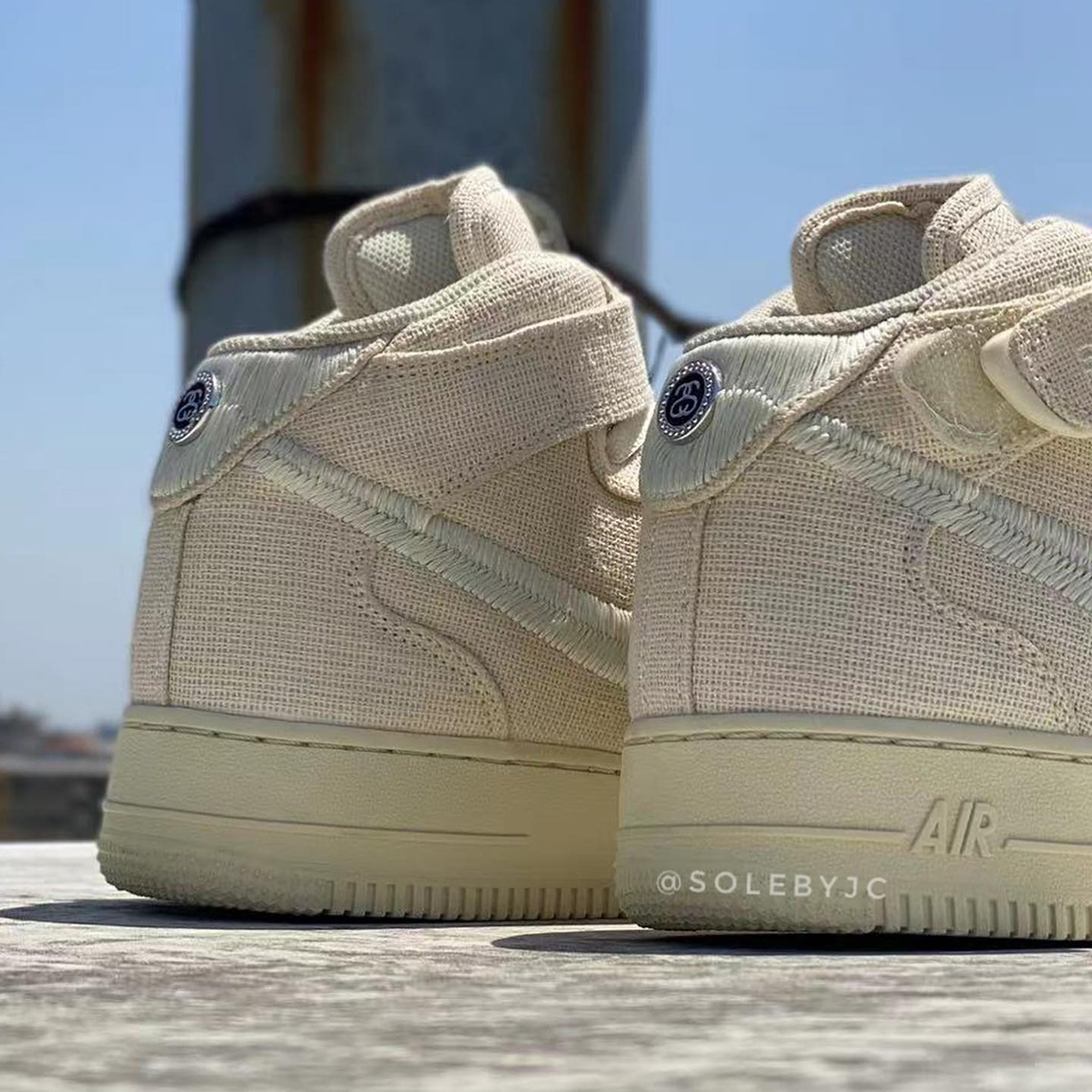