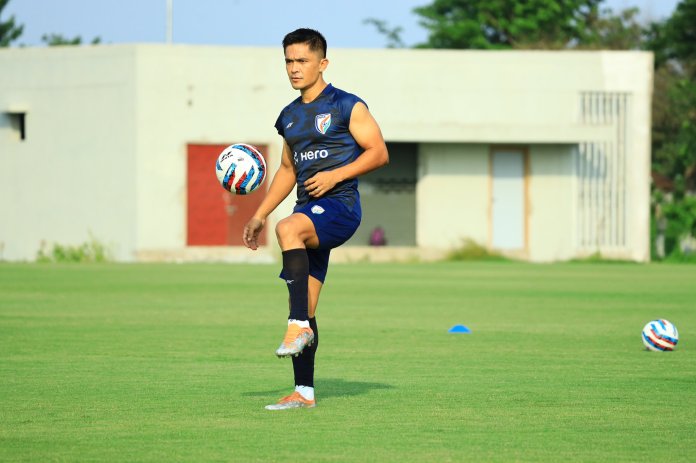 India vs HongKong LIVE Streaming: AFC Asian Cup Qualifiers 2023 – With just 1 day left for India to take on Hong Kong in the final AFC Cup Qualifier match, the Indian Football Team were pictured training in their final session before the all-important clash. Sunil Chhetri has backed his team to beat Honk Kong in the last qualifying game and secure a berth in next year’s AFC Asian Cup. Follow InsideSport.IN for more AFC Asian Cup updates

How to buy tickets for India’s AFC Asian Cup qualifiers? Check out

India play Hong Kong in their last match of the Group D Asian Cup qualifiers at the VYBK on Tuesday (June 14, 2022), the kick-off of which is at 8.30 pm. The match is to be telecast live on Star Sports network, and the live streaming will be available on Disney+ Hotstar and Jio TV. Afghanistan play Cambodia in the other match of the day at 5 pm IST.

India defeated Afghanistan 2-1 in a thrilling match that saw three quick goals being scored at the near end of the game after both teams denied each other for 86 minutes at the Salt Lake Stadium that had 40000 spectators in the stands on Saturday evening.

“We will train and then decide who is to be rested and who will start against Hong Kong. But whom do you pick and who do you leave out?” Stimac referred to having Kotal, Bose, Thapa, Sahal, and Yasir amongst others waiting for their chance on the bench. “This is my main worry, and I love this worry. I love this kind of headache you know – it’s a pleasant one, a wonderful one.” He was speaking at the official pre-match official press conference.

“Obviously there is less pressure on us to win this game but the hunger and motivation remain the same. We need to go out and start playing the way we did against Afghanistan to win this game,” said Stimac.

As things in the group stand, both India and Hong Kong are on 6 points each from 2 matches, with Hong Kong enjoying a superior goal difference of +4 in comparison to India’s +3. The 6 group winners, along with the best five 2nd best-placed teams earning a ticket to the AFC Asian Cup 2023.

Also read: Indian captain Sunil Chhetri optimistic about his team’s chances against TABLE-TOPPERS Hong Kong, says ‘we will be BACKING ourselves’

“There is a big prize at the end which is qualification to the Asian Cup. Even though we have done good in the last two games, we have not achieved anything yet. What we have learnt is to keep everything aside. We just have to focus on the next game, and end the tournament on a positive note,” captain Sunil Chhetri, also present at the press conference, maintained.