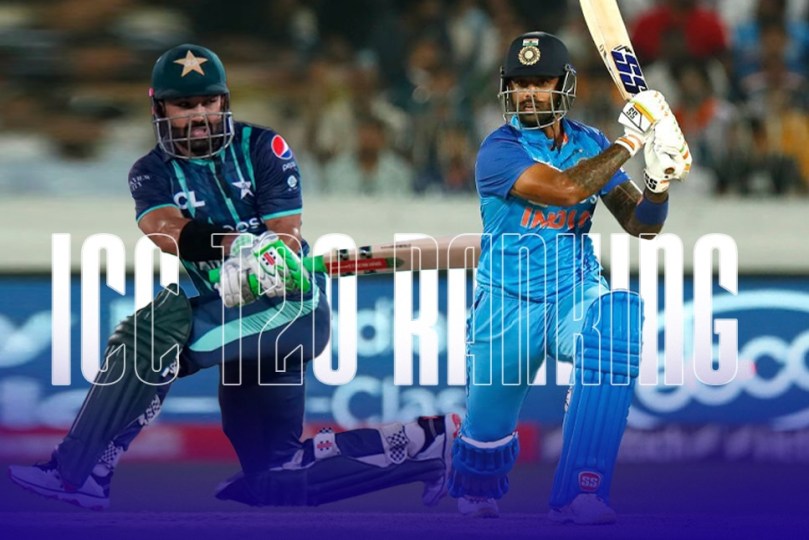 ICC T20 Rankings – SuryaKumar Yadav ICC Ranking, ready to be crowned World No. 1 T20 Batsman: India batter Suryakumar Yadav is all set to push Pakistan’s Mohammed Rizwan down in ICC T20 rankings for batters. After his SUPER-SHOW with bat in 1st & 2nd T20 vs South Africa – SKY in all likelihood is set to be crowned World’s NO. 1 T20 Batter when the rankings get updated next. Follow IND vs SA & ICC T20 World CUP Live Updates with InsideSport.IN.

Why Surya can push Rizwan down? On Sunday Surya scored 18 ball half-century, while Rizwan was out for just 1 in 7th T20 vs visiting England side. Earlier in the 1st T20 as well Surya scored a magnificent 31 ball 50, while Rizwan sat out of 6th T20 match vs England.

Earlier after scoring a powerful 69 against Australia in the third T20I, Yadav for the first time breached 800 points in the rankings.

Pakistan wicketkeeper-batter Mohammad Rizwan is currently at the top. Rizwan now has 861 points.

Rohit Sharma jokes about Suryakumar Yadav’s purple patch: Thinking of not playing him until October 23

SKY produced a scintillating knock in the 2nd T20I against South Africa.

After Harsha Bhogle jokingly asked Rohit what he was doing to help Suryakumar Yadav retain his purple patch form? The Indian captain made a hilarious remark, saying he was thinking of not playing the star batter until October 23.

” I’m thinking of not playing Surya till the 23rd to keep his form (laughs),” Rohit said during the Post Match Conference.

Notably, India will kick start its T20 World Cup against arch-rivals Pakistan on October 23 at the MCG.