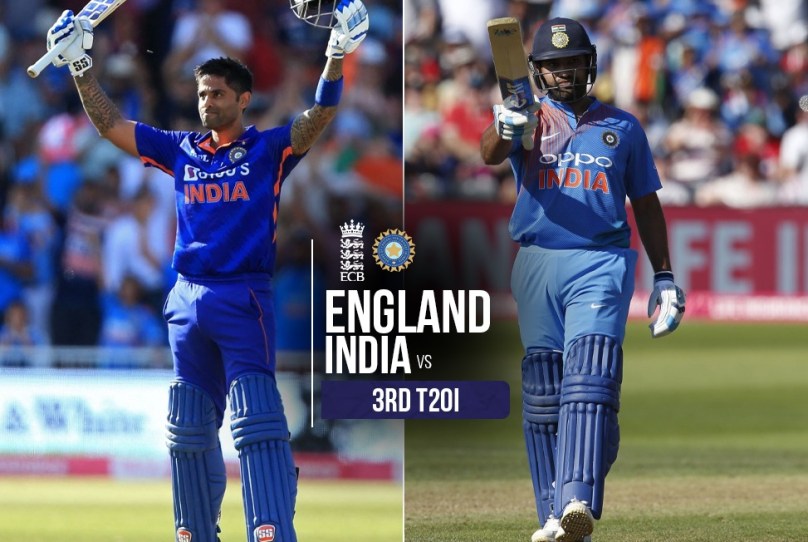 Highest T20 score India: Suryakumar Yadav misses big record – Suryakumar Yadav’s maiden T20I century went in vain as India failed to win the third and the final match of the ongoing series. Though India had previously wrapped up the series, it would be befitting for Yadav who played a tremendous knock to save India. Suryakumar’s fiery knock was appreciated by both Indian and English fans, with the latter giving a standing ovation for the Indian batter after he was dismissed on 117. Yadav missed out on a big record by just 1 run, as he would have surpassed India’s highest score in T20Is. Follow India England T20 Series LIVE updates on Insidesport.IN

Highest score in T20I for India –

India skipper Rohit Sharma heads the charts for the most runs scored in T20Is. Rohit went on to score 118 runs off just 43 deliveries against Sri Lanka. Suryakumar Yadav came a close second with 117 runs against England in the third T20I at Trent Bridge.

England latched on to a consolation win as they went on to defeat India by 17 runs in the third match at Trent Bridge. Suryakumar Yadav rose up to the occasion to save India after the top 3 of the Men in Blue were dismissed cheaply. He went on to build a strong inning where he slammed a 48-ball century.

Also Read: IND vs ENG LIVE: Time RUNNING OUT for Virat Kohli, another failure in England, will he dropped from T20 squad? Check OUT

Suryakumar’s century knock was India’s 9th hundred by a player in the shortest format of the game. Previously Rohit Shamra has hit 4 tons, KL Rahul 2, Sures Raina, and Deepak Hooda had hit one apiece.

Highest T20I scores in a losing cause:

Though Suryakumar Yadav hit a magnificent century it came on a losing effort for the Men in Blue. This was the fourth-highest score in a T20 game which came in a losing cause.