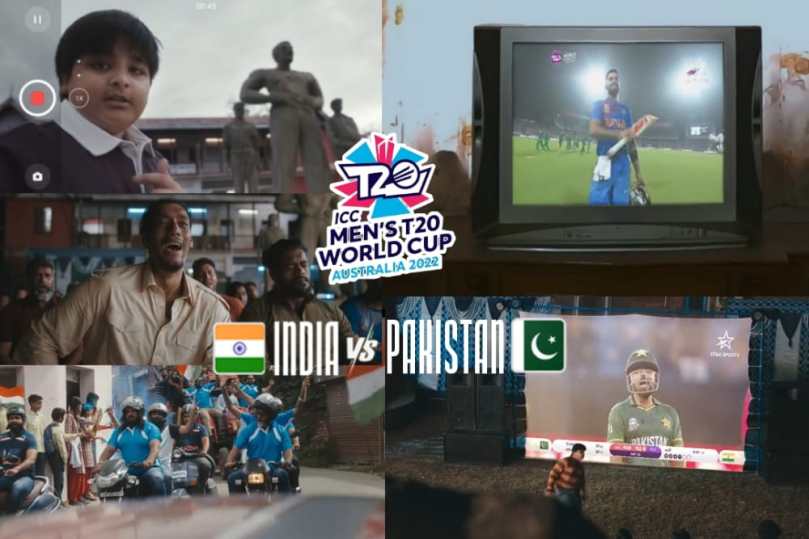 T20 World CUP LIVE Broadcast: The T20 World Cup is just three weeks away, and the anticipation is building. When to comes…

T20 World CUP LIVE Broadcast: The T20 World Cup is just three weeks away, and the anticipation is building. When to comes to the India cricket fans, the India vs Pakistan clash is the biggest match in the group stages. Rohit Sharma and co will meet Babar Azam’s men on October 23 at the MCG. In fact, official broadcasters Star Sports have also released a catch promo for the blockbuster contest as well. Follow IND vs PAK T20 World Cup live updates with InsideSport.IN

The video shows India fans love cricket and celebrate when India wins matches, by dancing on the streets and so on. It also shows the mood when India last lost to Pakistan in the last World Cup match as well. The video shows that India fans are eager for the clash and want India to take revenge for that loss as well.

In fact, India vs Pakistan clashes are always extra special. The matches have become even more significant in the last decade or so. India and Pakistan do not play bilateral cricket. They are only limited to ACC and ICC events.

In the last Asia Cup, India and Pakistan played two matches against one another. The Men in Blue lost once and won once. Though Asia Cup matches are big, it cannot be compared to the T20 World.

With the game scheduled in Australia, both teams are going to receive equal support, lending a wonderful atmosphere. The stadium is going to be full with the tickets having already been sold out in a matter of minutes for the clash.

The match is expected to be a blockbuster at the MCG. It is going to be their first match of the T20 World Cup 2022 respectively, making it even more important. A win against their arch rivals will be a perfect boost for the remainder of the competition as well.

There is no dearth of talent in both teams. If India has Virat Kohli, Rohit Sharma, Suryakumar Yadav, Hardik Pandya, Pakistan have big names too. The Men in Green boasts of Azam, Asif Ali, Mohammed Sehzad among others.