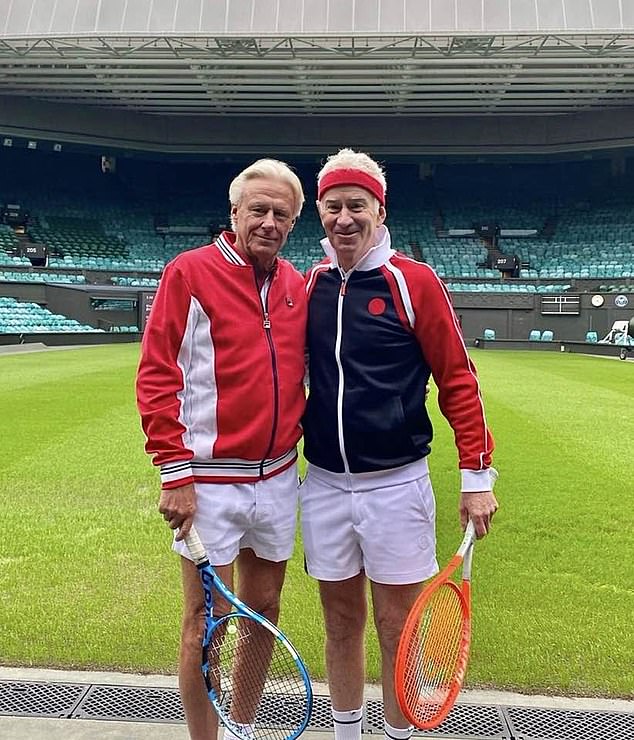 By Inderdeep Bains Deputy Chief Reporter For The Daily Mail

You cannot be serious! One of the fiercest rivalries in sport appears to have become a love match. Bjorn Borg, 66, and John McEnroe, 63, got together to recreate the scene from a game that reversed their fortunes four decades ago.

In tracksuit tops mirroring those they wore in 1981 when McEnroe, then 22, unseated 25-year-old five times Wimbledon champion Borg, they returned to Centre Court.

McEnroe even donned a red sweat band to complete the image.

The rivalry of ice-cool Swede Borg and loud-mouthed American McEnroe had as much to do with their personalities as their desire to win.

But the contest between them isn’t quite over.

They paired up while in London to captain rival sides in the Laver Cup at London’s O2 Arena. 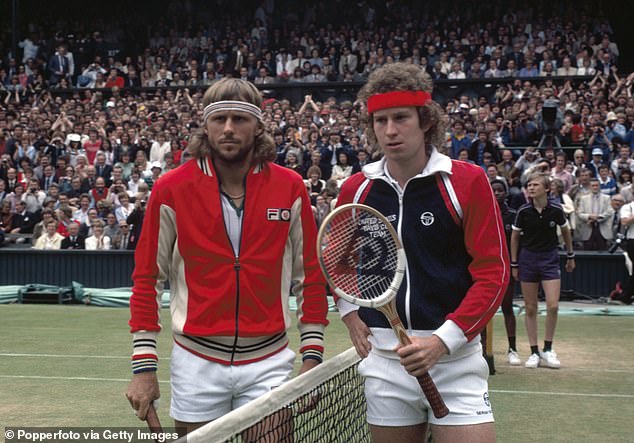 In the summer of 1980 Borg was 24 and dominated the tennis scene, enjoying a four year reign at the Championships.

But one thing stood in his way, 21-year-old McEnroe appearing for the first time in the SW19 final after having won his first Grand Slam at the US Open.

But Borg managed to fight back and took control of the match by winning the next two sets In the fourth set, he saw McEnroe save two match points with diving volleys.

The final was already destined to be the most memorable for years, but what came next was the famous Borg-McEnroe fourth set tie-break which made history.

It was to range over 22 minutes, produce 34 contested points – a record for a Wimbledon final – and from start to finish produced moment after moment of changing fortunes.

McEnroe saved five championship points before eventually taking it 18-16 but the exhausted young star couldn’t hold on in the fifth set.

A year later McEnroe would celebrate his first SW19 singles triumph in defeating the Swede over four sets.

He ended the tennis hero’s 41 match-winning streak in the most memorable fashion.

Before play even began, McEnroe had criticised the weather, the grass courts, the officiating, and concluded: ‘There’s nothing championship about this tournament except its prestige.’