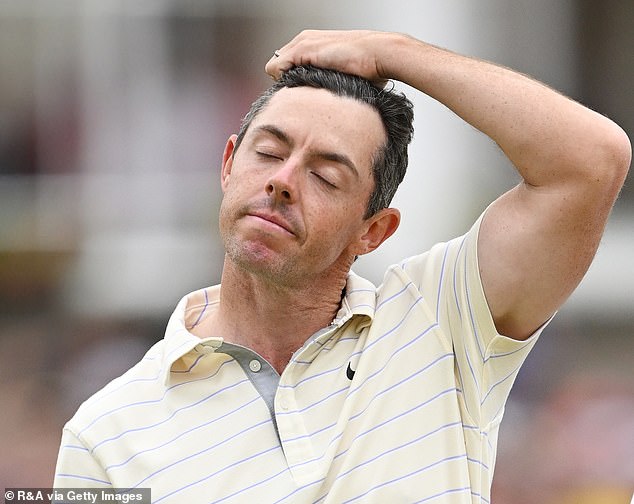 This year’s sparkling quartet of major championships created a youthful moment of golf history to provoke a sense of foreboding among the legion of admirers of the luckless Rory McIlroy.

While they are still wondering how the Northern Irishman didn’t end his eight-year majors drought while doing little wrong when in contention at all four, here’s a portentous stat that suggests things will not get easier.

For the first time in a calendar year, all four major winners were in their 20s. Furthermore, since the Masters began in 1934, we’re on an unprecedented run of six different winners in a row all under the age of 30. 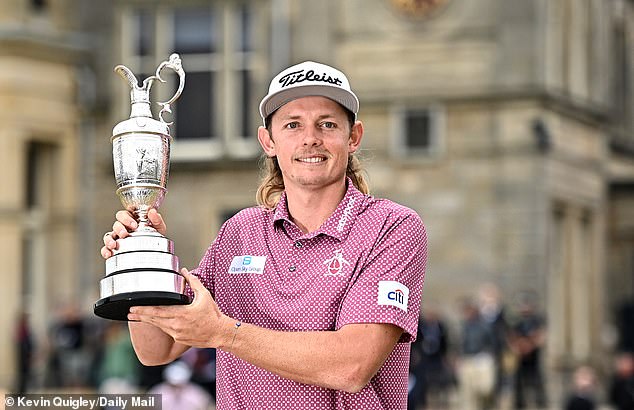 To complete the picture, that does not include Jordan Spieth, Cameron Young, Sam Burns or Will Zalatoris.

In other words, it’s not just one or two outstanding young hot-shots gunning for McIlroy, who will be a month shy of his 34th birthday by the time the next major is played.

It’s a playground of them, and at least a couple are bound to be on their A-games when each of the four big ones comes around.

All six majors in this amazing streak were won fearlessly by men comfortably younger than McIlroy, and none of them look like one-major wonders.

From Jon Rahm at the US Open last year to Cam Smith on Sunday, taking in Collin Morikawa (2021 Open), Scottie Scheffler (2022 Masters), Justin Thomas (2022 US PGA) and Matt Fitzpatrick (2022 US Open), here were a dazzling collection of performances with not even the hint of a choke in sight. 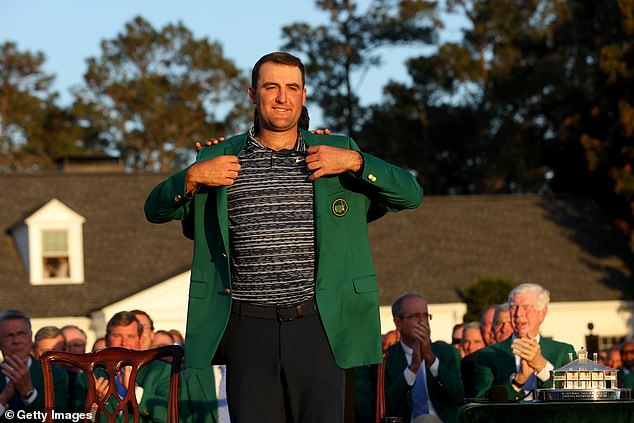 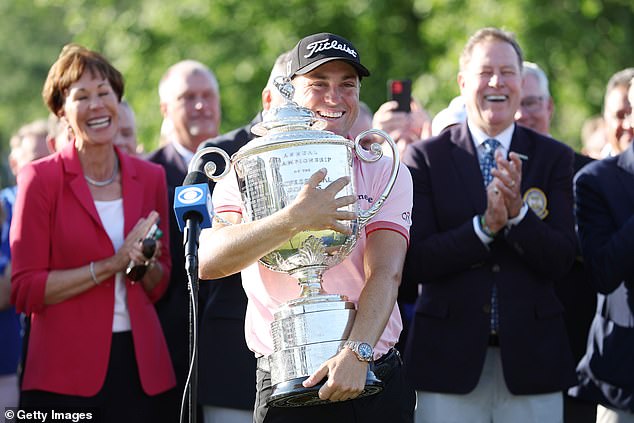 Then there’s Young, Burns and Zalatoris who, like Scheffler and Morikawa, are all aged just 25 or 26. This is Young’s rookie season and he finished tied-third at the PGA and runner-up on Sunday.

Burns has won three times on the PGA Tour this season. Zalatoris has finished runner-up in each of the three American majors — and he’s only played 10 majors in total.

This is why McIlroy simply cannot afford hard-luck stories, even though Sunday was one of them.

Look at the sorry statistics and weep. He is the only known player to lead a major after 54 holes, hit all 18 greens in regulation in the final round — and yet not win.

He is also only the third player in the last half-century to finish in the top eight in all four majors in the same season and not win one of them.

Resilience has been a badly overlooked quality of McIlroy’s throughout his career, and he is going to need to show it once again to overcome this collective anti-climax. 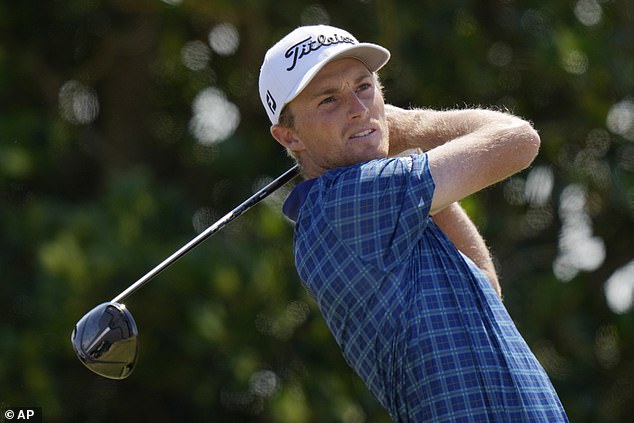 Rickie Fowler finished in the top five in all four Grand Slam events in 2014, and look what’s happened to him. At the same age as Rory, he wasn’t even playing at St Andrews.

Seen from a glass half-full perspective, though, this was clearly a year of considerable progress for McIlroy, who had barely been in contention in a major since his last success — and looked to be suffering from demons at most of them.

The spectacular final-round 64 at the Masters in April appeared to restore belief.

Sure, there were more than one or two infuriating shots at the US PGA that undid him eventually, but he’s not a robot.

As for Sunday, you’d have needed a heart of stone not to feel for him as countless putts stopped just short when in the jaws of the hole, or grazed the edge.

There have been four significant improvements to McIlroy’s armoury that have contributed hugely to him being in contention each time. 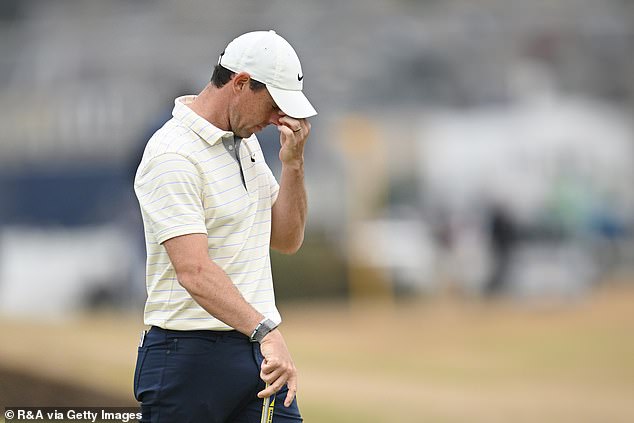 McIlroy has been remarkably consistent this year, but is still waiting for his fifth major

Returning to his boyhood coach Michael Bannon restored the majesty to his driving. Under the occasional, watchful eye of former American Ryder Cup player Brad Faxon, his putting has clearly improved beyond recognition.

So has his wedge play, where the rewards of practising for countless hours on a par-three course at his home club in Florida are obvious.

The other big factor has been working with sports psychologist Bob Rotella once more.

The result is that, for the first time in years, McIlroy looks comfortable in a major setting again.

The two shots he hit on the infamous 17th on Sunday were right out of the top drawer, in the most pressured of circumstances.

He just had a day when the putts didn’t go in. As he said: ‘I didn’t do anything wrong, I just didn’t do enough things right.’

The majors next year appear to be set up well for him. The US PGA will be staged at Oak Hill in Rochester, New York, which is his wife Erica’s hometown. 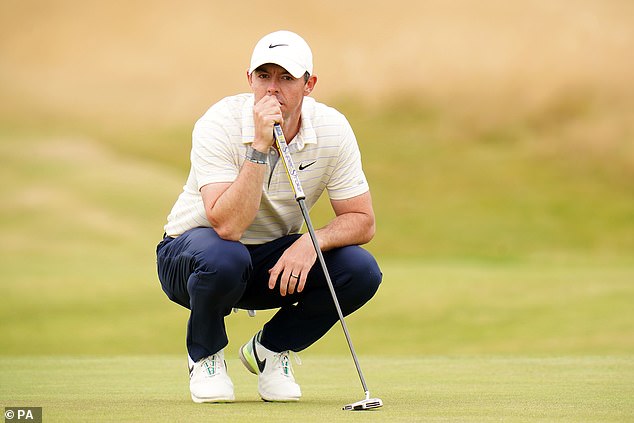 The Open returns to Hoylake, where McIlroy claimed his only Claret Jug to date in 2014.

He’s often compared to a younger Phil Mickelson, and let’s not forget that at the same age that Rory is now, the decorated American had amassed plenty of near misses in majors but no victories, before going on to win six.

There’s not much more that McIlroy can do, other than try to stay patient.

On Sunday, he had a pursuer in Smith doing things he had never done before in his career. That’s the trouble, though.

A nerveless and exciting corps of young players are going to keep doing things like that in turn.

It’s now 261 days until the next major and it’s going to feel like the clock is ticking for McIlroy, still stuck on the tally of four he had accumulated when he was the young man with the world at his feet.