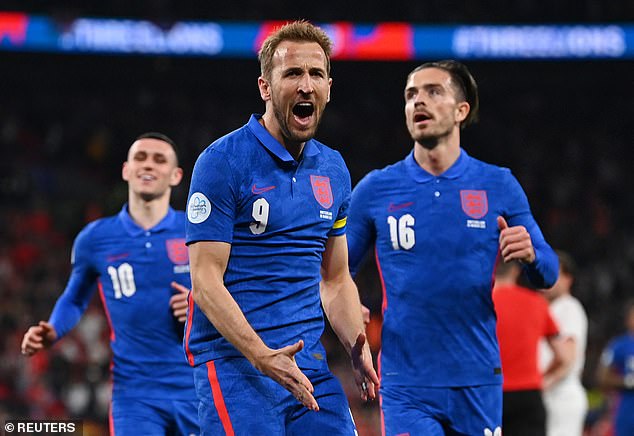 Come Friday, England fans will once again be daring to dream of football coming home as the World Cup draw is carried out with Gareth Southgate’s men in the mix.

The 2018 semi-finalists are among the favourites this time around, following their heroic showing at last summer’s Euro 2020 tournament which saw them cruelly beaten on penalties in the final.

There will be no Italians this time around to inflict any sort of pain after their shock elimination in the European play-offs at the hands of North Macedonia, but there are plenty of others for the Three Lions to be wary of.

There are also those who Southgate’s side will relish the prospect of taking on, with some potential groups looking much simpler to navigate than others.

Here, Sportsmail takes a look at what could be the best – and worst – outcomes of Friday’s draw.

If history has taught us anything, it’s that the World Cup group stages are a relatively happy hunting ground for England.

In their 14 finals appearances, only on three occasions have they failed to navigate the initial group stage and only one of those occasions came in the last 60 years – the disastrous trip to Brazil in 2014.

Even better for England in the case of omens is the fact that, since seedings were introduced to the draw, they have never failed to emerge from the first round of the tournament when being plucked from pot one. They’ll be hoping this time around is no different. 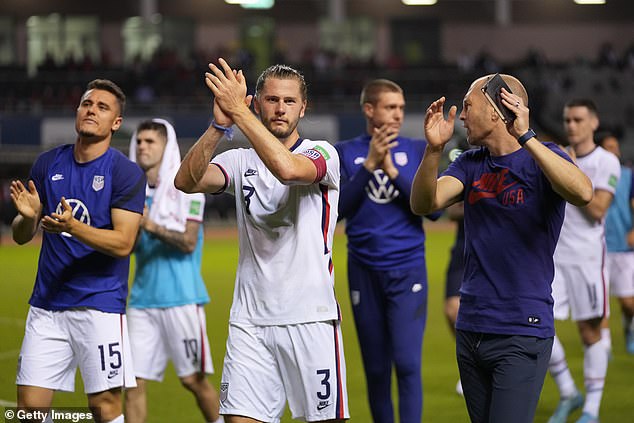 Looking at the potential pots, it’s clear that there are sides Harry Kane and Co might prefer to wait until the latter stages to come up against. There are also those they will be licking their lips at the prospect of facing.

Pot 2 naturally possesses the most alarming prospects, though there are some in there that would hold little fear for Southgate’s men.

One such side is the USA, who secured their berth on Wednesday evening after a tepid 2-0 defeat by Costa Rica.

Gregg Berhalter’s young side have gone through a near full transition since missing out on the 2018 tournament, with only four players from the squad that missed out to Panama returning for a crack at 2022.

Elsewhere in Pot 2, Croatia will hold no fear, with Southgate’s side having expunged the pain of their 2018 World Cup semi-final defeat with one draw and two victories in their last three meetings – including a 1-0 win at Wembley at last year’s Euros. 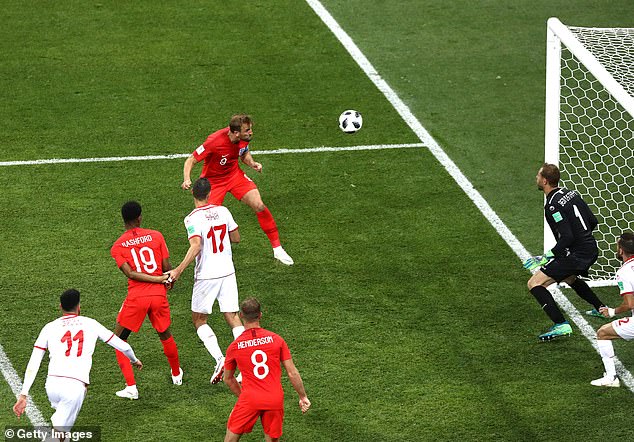 England faced Tunisia at the previous World Cup in 2018, with Harry Kane scoring the winner

Having been drawn together in the group stages in 1998 and 2018, the Three Lions have twice overcome Tunisia on their way to reaching the knockout rounds of the competition.

The pot also holds Morocco, Iran and Serbia, who may not be deemed to possess the greatest of the threats.

In Pot 4, there really is little to fear for a side of England’s stature. Three teams have still to be confirmed to complete the draw – which could include Australia, UAE or New Zealand. Until any of those sides are confirmed, a gimme three points against Saudi Arabia would suffice.

In reality, there should be no side that England really fear facing at the World Cup. Southgate’s men are top seeds for a reason and their form will have opposition more fearful, not the other way around.

That being said, there are still sides in the group stages that the Three Lions would much rather avoid the nuisance of having to face in a tricky clash in 30 degree heat.

Pot 2 is where the obvious danger lies, with Denmark having run England close at Wembley in the Euro semi-finals and Uruguay evoking painful memories of 2014.

But it will be the arch nemesis that England will want to avoid. A showdown with Germany is a game with too much pressure on it for the group stages. 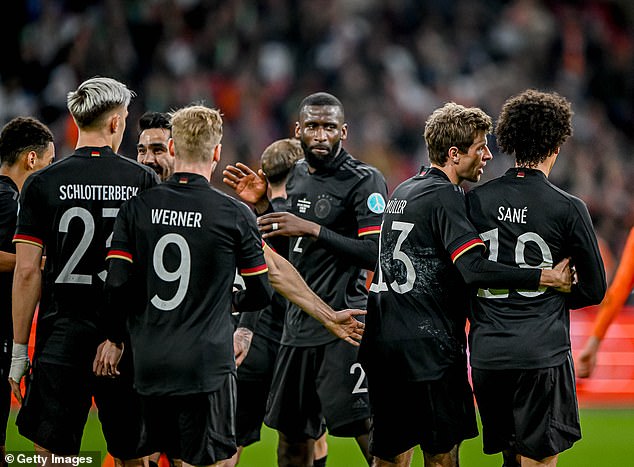 And while England may have the upper hand in their Euros head-to-head now, thanks to wins in 2000 and last year, their World Cup record against the Germans has been massively underwhelming ever since Bobby Moore lifted the Jules Rimmet trophy in 1966.

In Pot 3 there are individuals that England will have to be wary of. England’s Premier League defence will know only too well the dangers of South Korea’s Son Heung-min, and there is also the threat of the world’s best finisher in the form of Poland’s Robert Lewandowski.

But it will be the reigning Africa Cup of Nations champions that possess the biggest threat, with Senegal and Sadio Mane also lying in wait among the third seeds.

Pot 4 is a tricky one to decipher, with teams still yet to qualify. A potential clash with either Wales or Scotland is still on the cards – both fixtures that have proved hair-raising for the Three Lions in recent major tournaments.

There is also the prospect of facing Costa Rica again should they overcome New Zealand in their play-off clash. 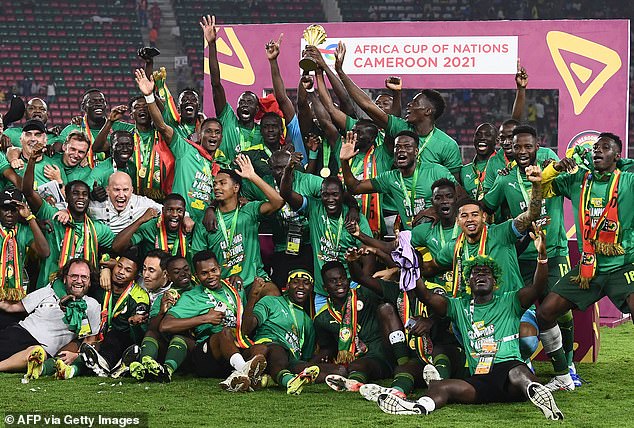 But it will be the South Americans Southgate will be keen to avoid here.

Ecuador took the fourth automatic spot in the CONMEBOL qualifying, after impressive draws with both Argentina and Brazil. Peru would also provide a dangerous obstacle should they progress from their play-off against either Australia or UAE.

…AND WHAT ABOUT GROUP LOGISTICS?

As has always been the case with World Cups, there is added benefits to which group you are drawn in.

Historically, that used to be a destination issue, with teams desperate to avoid racking up the air miles to complete their group matches, or travelling from one end of the country to another to compete in the last 16.

The beauty of Qatar is that there will be no such problem, with such a small country meaning no team need worry about spending hours in the air.

However, the winter World Cup, and the tight domestic schedule surrounding it, does mean that there are benefits to be had in the form of days off. 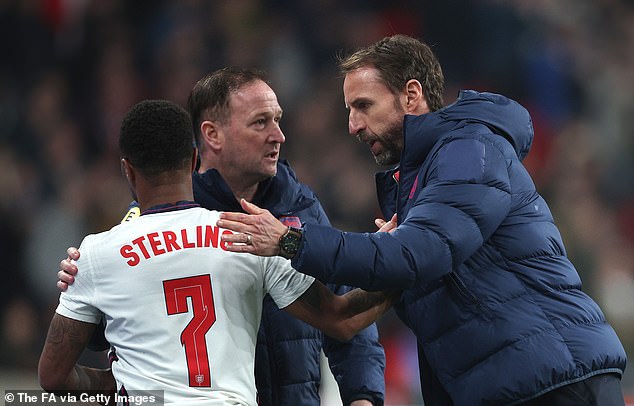 England will not need to travel far, but being drawn in Groups E or F could be advantageous

With the Premier League only stopping eight days before the start of the tournament, an early start in Group B on November 21 could rob England of some vital preparation time.

On the other hand, a later start in Group G will cost teams vital recovery time as the tournament progresses. A team from that group would need to play seven games in 25 days to lift the title.

Ideally, A spot in Group E or F would provide a better rest before the tournament began. Coming top of Group E would also provide a path that would provide a day’s extra rest ahead of a final when compared to their opponents. Not that we’re getting ahead of ourselves…