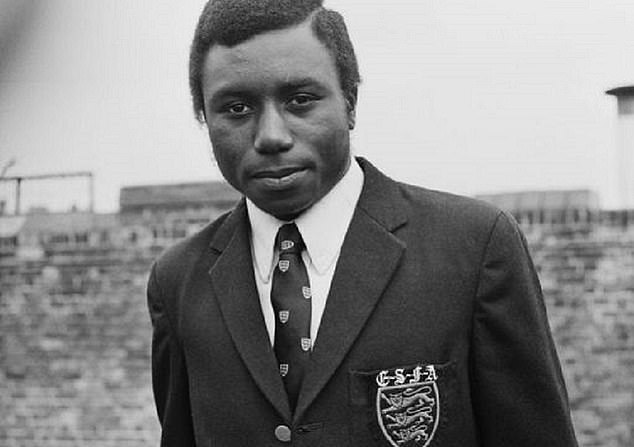 The Football Association are recognising Benjamin Odeje as the first black man to ever represent England, Sportsmail can reveal.

Odeje has waited over half a century for the FA to acknowledge his position as the first-ever black footballer to feature in an international fixture for England at any level – but his 51-year wait is coming to an end.

Sportsmail has learned that following internal discussions, the FA has agreed to formally invite Odeje, who came through the ranks at Charlton during the late 1960s and 1970s, as a special guest to England’s UEFA Nations League fixture against Germany later this month.

Family members of former West Ham defender John Charles, who is of dual-heritage, are also being invited to the game against the Germans.

Charles, who was born to a white mother and black father, played for England Under-18s in a UEFA tournament in 1962 and is also viewed by many as the first black England footballer.

However, a BBC investigation in 2013 identified Odeje, who born in Nigeria, as the first black Three Lions player when he was selected for England schoolboys, as a 15-year-old, versus Northern Ireland in front of 70,000 people at Wembley in March 1971.

At the time Laurie Cunningham was recognised as the first black player to represent England at any level, when he featured for England Under-21s in 1977. 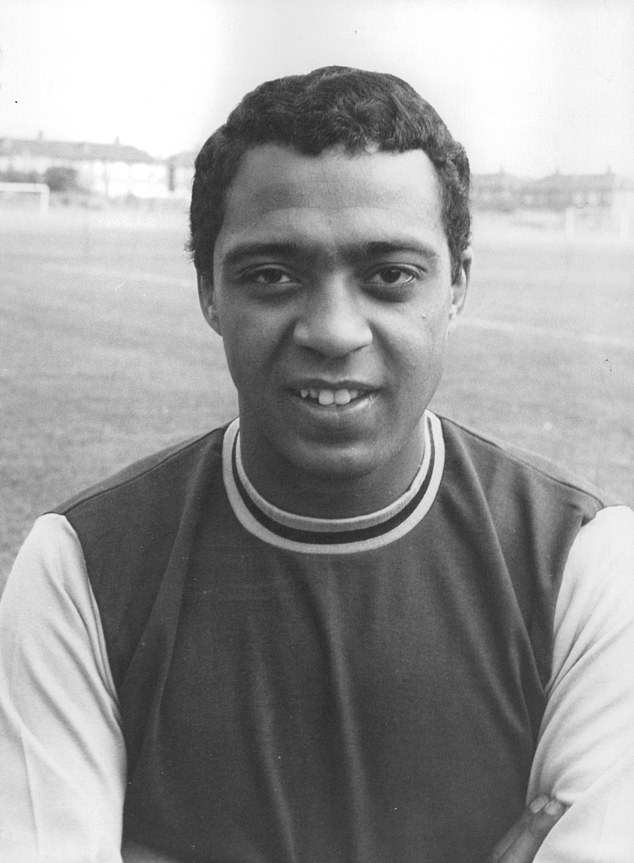 Family members of former West Ham defender John Charles, who is of dual-heritage, are also being invited to the game against the Germans

In 2019, Odeje also received a prestigious award from the Football Black List in his capacity as the first black man to represent England at any level.

Odeje, who was nicknamed Pele because of his prolific goalscoring record, went on to make four further appearances for England schoolboys, scoring once – in a 5-1 win over Holland.

However, Odeje has received no acknowledgement from the FA with regards to his position in this country’s footballing legacy.

Indeed, in 2020, an article carried in the I newspaper entitled ‘England’s first black international and his 42-year wait for recognition’ stated that an ‘appropriate gesture to recognise his [Odeje’s] accomplishment is long overdue.’

The move to finally endorse Odeje’s standing was first mooted by Paul Elliott, chair of the FA’s inclusion advisory board, earlier this year. 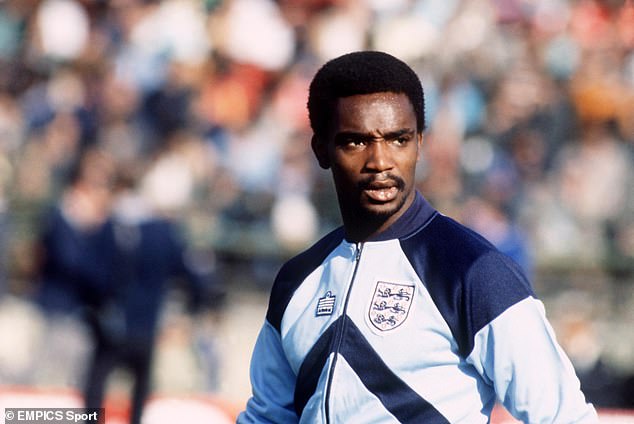 Debbie Hewitt, who was appointed FA chair in January, gave the all-clear earlier this week.

Hewitt, who replaced Greg Clarke – who resigned as chairman at the end of 2020 for referring to black footballers as ‘coloureds’ during a Government meeting – as FA figurehead, has put improving equality, diversity and inclusion at the heart of her stewardship as she seeks to modernise the organisation.

Odeje is expected to accept the FA’s invitation to attend the clash against the Germans at Wembley on September 26.

Odeje’s attendance is part of a wider plan from the FA to host a table of trailblazers who have a special place in the history of black footballers for the game versus Germany.

Family members of Arthur Wharton – who is widely recognised as being the first black professional footballer – are among those set to be invited.

There is hope that Viv Anderson, the first black player to represent England in a full international, is also able to attend. The family of Laurie Cunningham will also be invited.