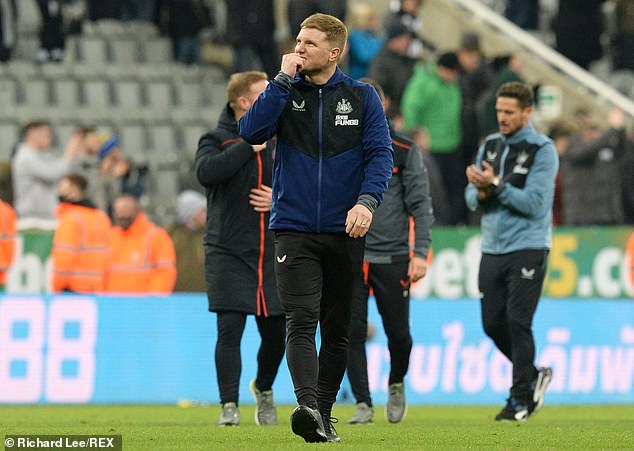 The honeymoon is over. After two months of warm embrace, the cold reality is hitting home for Eddie Howe and Newcastle’s supporters.

It has taken 10 matches — a fair enough juncture for an early appraisal — but on Saturday we heard the first grumblings of discontent, even if it did emanate from a minority. The boos were not directed at Howe per se and it was as much a release of frustration after losing a lead with two minutes to play.

But the defiant support that even saw the players applauded following last weekend’s FA Cup loss to Cambridge is now being tested by results.

Howe has taken seven points from nine league games, enough to keep them within two of safety, but home fixtures against Brentford, Norwich and Watford have all passed without victory. There has been an improvement, in numbers and mood.

Steve Bruce was sacked with three points from eight games and left behind an under-coached team lacking fitness, confidence and motivation.

It is no surprise senior players such as Jamaal Lascelles, Callum Wilson, Matt Ritchie and Ryan Fraser have all hinted at — or spoken quite bluntly about — an upturn in standards since Howe came in. They genuinely like the new manager and so do supporters. Yet patience will have an expiry.

In the Trent Pub in the shadow of St James’ Park on Saturday night, one fan was airing his annoyance with Howe.

When asked if he was turning on the head coach, he replied: ‘Tonight, with drink, yes. Tomorrow, in sobriety, no.’ It felt like a sensible answer, even amid the stench of ale. 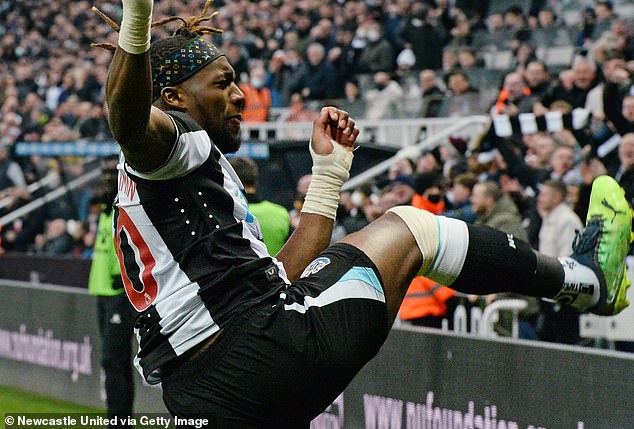 When Sportsmail asked supporters on social media for their 10-match verdict on Howe, from more than 1,000 answers the most common was undoubtedly — ‘he has inherited a s***show’.

On a similar theme, Howe being unable to polish the proverbial was also offered in mitigation of disappointing results. Alex Hurst, host of the True Faith podcast, is recognised as a voice of reason among the fanbase and, indeed, senior figures within the club.

He told Sportsmail: ‘Questions have to be asked of Eddie Howe if you look at his fixtures — one win from Brentford, Norwich, Burnley, Cambridge and Watford is simply not enough. 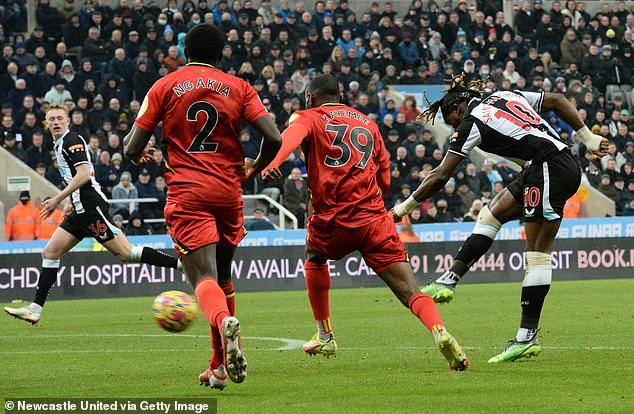 ‘He doesn’t seem to know how to structure the team when they take the lead.

‘Everyone blames the defence, but it’s not their fault the team cannot score more than one goal. He had a winning formula against Burnley with the personnel and shape, but Joe Willock and Miguel Almiron have since been taken out of the side, and Jonjo Shelvey’s role has changed.

‘Those who have come in have looked much worse. Joelinton is getting a lot of praise and is getting around the pitch, but I don’t think he actually works as a central midfielder. Howe seems to have tinkered too much.

‘On Saturday, the substitutions were poor and to give away another lead was unforgivable (Howe has lost nine points from winning positions). After 10 games, it’s fair to ask questions.’ 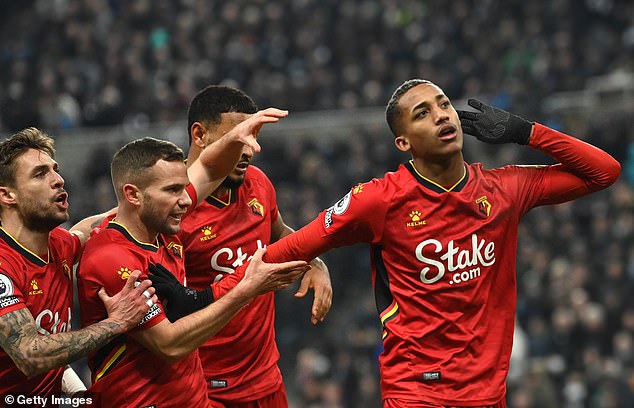 Strong stuff, and representative of concerns that are beginning to emerge. But the majority also talk of desperately wanting Howe to do well and of him needing better players, as well as time. The idea that ‘nothing has changed’ under Howe is wrong.

The noise from the inside tells you that. He is bright, genuine and hard-working. The 1-1 home draw with Manchester United in December showcased everything he has been trying to implement: a visible improvement in pressing, organisation and attacking intent. Yet they did not win, and therein lies the problem.

On Saturday, after Joao Pedro’s late header cancelled out Allan Saint-Maximin’s brilliant opener, Howe spoke of there being a ‘psychological’ block when it came to Newcastle seeing out victories.

But then — and this is a criticism of the manager — if the team is quite clearly on the retreat, it is his job to restructure and redeploy them upfield. It is madness to consider that Newcastle scored too early in the 49th minute, and against a side who had lost their last seven. But that was the reality.

Equally baffling was the failure to cross the ball for a 6ft 3in striker brought in at a cost of £25million last week — Chris Wood’s debut was underwhelming. 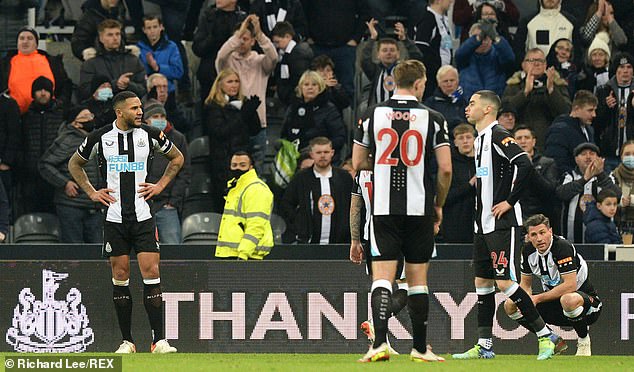 Home fixtures against Brentford, Norwich and Watford have all passed without victory

He also lost the ball leading to Watford’s goal, as highlighted by a vexed Alan Shearer on Match of the Day. Newcastle travel to Leeds on Saturday before a planned break in Saudi Arabia, at the owners’ invitation. You get the impression Howe could do without the attention that trip would bring. Do not be surprised if, in light of this game, the visit is postponed until the summer.

The head coach needs time on the training pitch and in the transfer war-room — not fighting political battles on foreign fields. The Saudi-backed owners have two weeks to give Howe the players he needs to survive.

For while his arrival has rid the club of toxicity and brought about a degree of betterment on the pitch, there is a very real danger it might not be enough to beat relegation without further investment. On the whole from our straw poll the fans believe in Howe and rightly so.

But he does need results to justify that support. The marriage will soon become strained if his next 10 games bring the same solitary win.