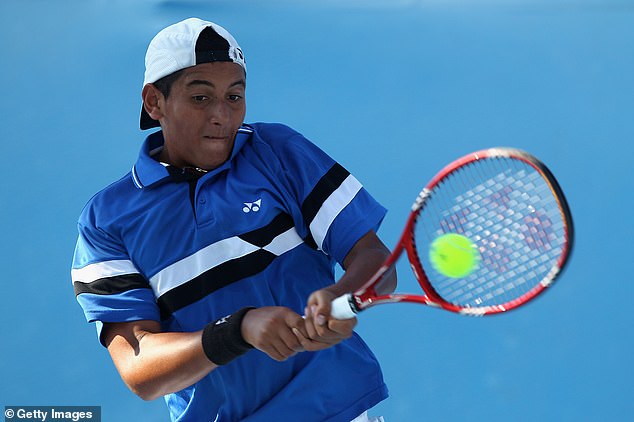 The man who discovered Nick Kyrgios says his bad boy persona is a PROTECTION TOOL to shield a ‘really sweet, genuine, sensitive person’

The man who discovered a teenage Nick Kyrgios says the bad boy persona the polarising Aussie star throws up is just a protection mechanism to shield him from the slings and arrows of tennis stardom.

Former agent and mentor John Morris discovered Kyrgios 12 years ago when he was just a teenager and eventually signed him, going on a 10-year journey with the controversial Aussie star.

Even back then, there were controversial moments. Like the time Kyrgios ripped off his sleeves, contravening the dress code, because he wanted to wear a singlet. Or the time he shocked Nike executives by wearing his favourite Nike shirt that was 18 months out of date.

These were not moments of rebellion, just simple mistakes. But it showed that Kyrgios marched to the beat of his own drum from a very early age.

Like everyone, Morris has seen the public dark side of Kyrgios. The racket throwing, umpire abusing, crowd taunting version of the Aussie star that puts many noses out of join in the traditional landscape of world tennis.

But he has also seen the Kyrgios who ripped his match-worn shoes off his feet to raise money for charity, his willingness to sacrifice his own preparation to help others and the fierce loyalty he shoes to those in his inner circle.

Morris told The Age that the bluster and bravado that Kyrgios throws up in public was nothing more than a mask, to protect the sweet kid Morris discovered all those years ago.

‘He became a caricature of this bad boy image and he played up to it a little bit,’ Morris said.

‘It wasn’t really him. And then you go down a path and, eventually, he just assumes the role. Even this week, he is fine playing the role of the villain. It is literally that – it’s a role. In many ways it is a stage persona, but it’s a protection tool.

‘But it’s a protection tool. The Nick Kyrgios I knew was a really sweet, genuine, sensitive person.’ 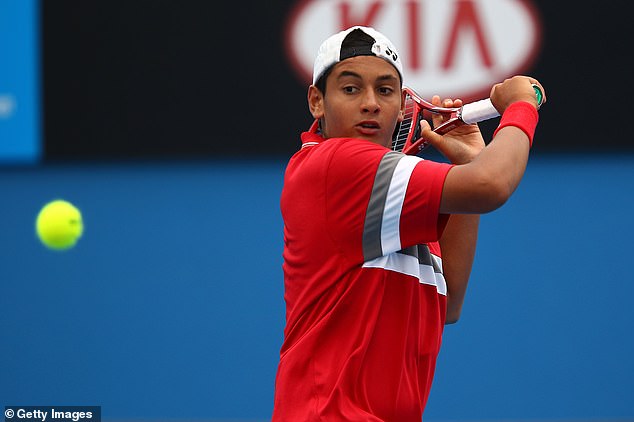 Part of the Kyrgios package is accepting that he is not going to toe the line of convention, Morris said.

A lot of angst has come simply because Kyrgios is unique and the strict, traditional world of tennis often frowns on individuality.

‘I think a lot of people would have tried to curb him and box him [in],’ Morris said.

‘That’s not what he’s about. He needs guiding and I believe we guided him really well. But it always had to be him. 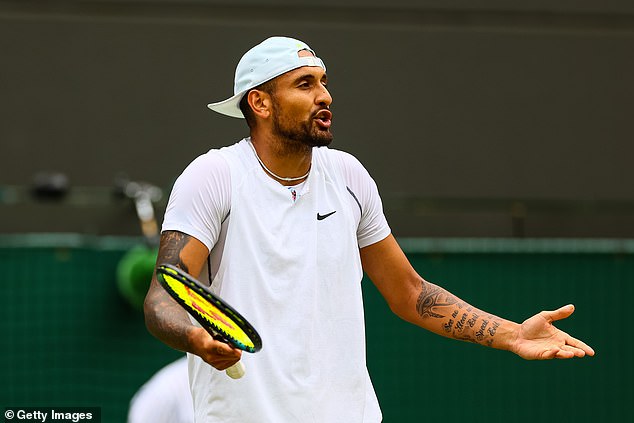 ‘Yes, you had to drag him in a little bit and put him back on path, but he’s so special and so unique in who he is and what he brings to the game.

‘My favourite athlete of all time, without question, is Andre Agassi. We always used to say Nick is Agassi 2.0. And yes, there were things that were unsavoury which I didn’t like but there’s a magnetism to him and a certain charisma about him.

‘There is this magic dust that you just don’t want to touch. Just leave it be. Just let it be because it’s bloody special.’