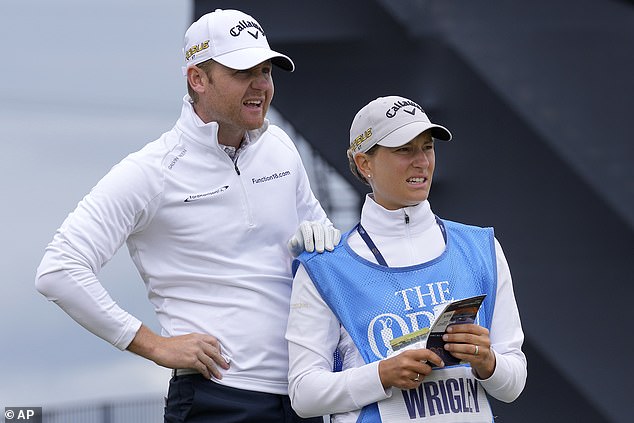 The son of a football manager, a road accident survivor and the first EVER husband and wife to feature across this tournament in the same year… meet the colourful cast of unknowns adding to The Open’s magic

The football manager’s son, the road accident survivor, the coach whose wife plays on the women’s European tour. These are some of the unknown supporting cast teeing it up among the great and the good of the 156 players.

The highly democratic qualifying events each year for the Open allow some to briefly experience golf’s big time, if only fleetingly.

On Wednesday, for example, saw Sussex’s Jack Floydd – ranked 1,364 in the world rankings – as part of a practice fourball with No 1 Scottie Scheffler.

Golf teacher Alex Wrigley (left) is in the men’s field while wife, Johanna Gustavsson. will play in the women’s competition, making it a first husband and wife to play The Open in the same year

American university graduate Floydd made it here via qualifying at Prince’s in Kent. Part of a five-man play-off to secure the last place, he sank a 15-foot putt to clinch a decisive birdie on the first extra hole.

Even more unlikely is the presence of 32-year-old Alex Wrigley, who makes a living primarily as a golf teacher and as coach to his Swedish wife Johanna Gustavsson, a more eminent golfer than him.

He scraped into the qualifying event at Fairmont as a reserve, having attempted regional qualifying at Goswick in Northumberland.

A previous try to make the Open 11 years ago was thwarted when he had to disqualify himself after finding he accidentally had 15 clubs in his bag. 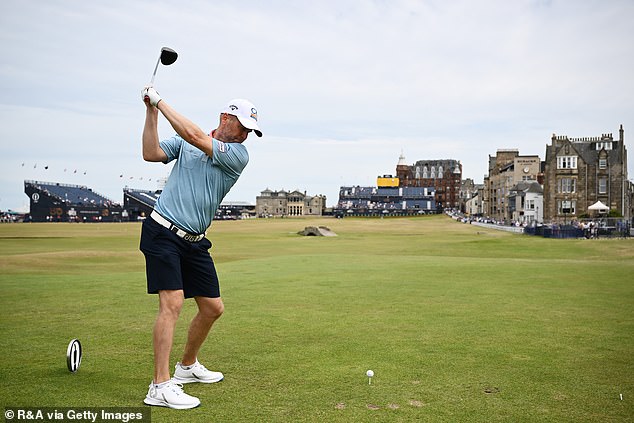 Matt Ford, son of football manager Andy, has spent most of his career at lower end of circuit

Despite spending most of his time coaching in Hartlepool and Sweden he came through at Fairmont. Now he will be part of the first husband-wife to play the men’s and women’s Open in the same year.

Their only previous visit to St Andrews was six years ago during December, when they played in two degrees and fog. Johanna will be on his bag this morning.

‘She has achieved much more than me in golf but recently I’ve been trying to do more competing than coaching,’ he said, having picked the brains of three Open champion practice partners this week: Shane Lowry, Padraig Harrington and Paul Lawrie.

His wife has withdrawn from a tour event in Holland to be here.

She said: ‘I think it will work well because I am always calm, I can use my knowledge and I have faith in how he plays and can trust what he is doing.’

Also teeing it up will be Matt Ford, from Kent but born in Swindon, where his father made 98 appearances for the town’s football team in the late Seventies. He went on to be a prominent non-League manager with Welling and Maidstone United while his son, now 44, has tried to forge a career as pro golfer.

Matt managed two seasons on the full European tour but has spent most of his time on the lower circuit and is ranked outside the world’s top 1,000. He once applied to become a postman. 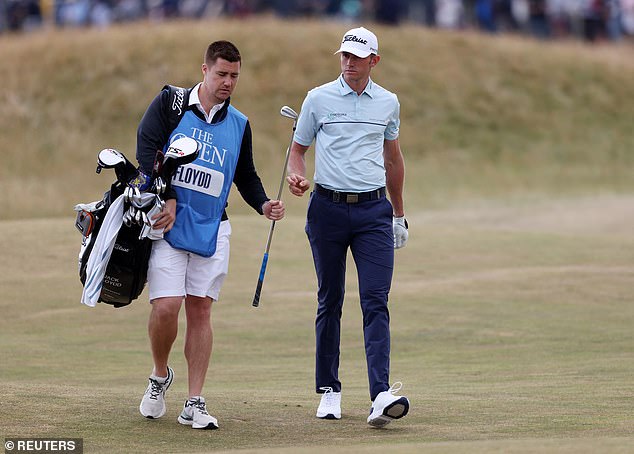 Nonetheless he put in a strong performance at the nerve-shredding qualifying event at Prince’s, recovering from a temporary slump in the middle of his final round. That coincided with his two children arriving to watch.

‘They had school and my wife Suzie drove down after that, they got there in time for my last six holes,’ he said.

Another making his debut will be fellow Prince’s qualifier, 30-year-old Jamie Rutherford from Stevenage, whose best moments have come on the EuroPro Tour.

Five years ago he suffered multiple injuries, including torn knee ligaments, after being struck by a car while out running in Portugal, missing most of the 2017 season. He needed airlifting home after spending 10 days in hospital.

He is one of those being rewarded for persistence and for whom making the cut will represent a considerable achievement.