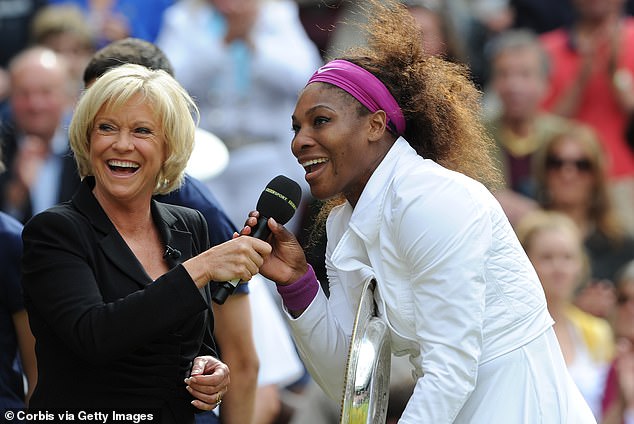 Wimbledon is almost here, and as Centre Court celebrates its 100th year of action, the world’s most decorated players prepare to take the public eye – which is exactly where their corporate sponsors want them to be.

However, given Wimbledon’s stringent rules regarding advertising at the event, tennis sponsors are forced to be a little more inventive to help build brand awareness.

Therefore, companies are looking for stars to take to social media to hype up their brand. After all, it’s no coincidence that the Castore logo appears in many of Andy Murray’s Instagram posts and that Serena Williams’ on-court snaps always feature a Nike tick.

With that in mind, physical branding experts Solopress have looked at the sponsorship deals, Instagram presence, and on-court successes of the world’s biggest tennis stars to find out who the most popular tennis influencers are.

Having become a household name and the face of tennis, Serena Williams is not only the most successful women’s tennis player of the Grand Slam era, but also the most marketable. She has earned almost $95m (£78m) from prize money over two decades – more than double any other female athlete.

Despite being in the twilight of an awe-inspiring career, Williams continues to have a growing presence off-court following the release of Academy Award-winning biopic King Richard in 2021. Her 2021 earnings totalled $45.9m (£37.5m) – almost entirely from sponsorships.

The ‘King of Clay’ is one of the most decorated tennis players of all time and boasts the most followers of any male tennis player. According to Forbes, Nadal earned $27m (£22m) in 2021, $23m (£19m) of which came from sponsorships.

Djokovic continues to be one of the most marketable tennis influencers, despite losing key sponsors Peugeot and UKG in 2022 (potentially as a result of his controversial stance on the COVID-19 vaccine).

He is still partnered with prominent brands such as Hublot, Head, Asics and Raiffeisen Bank, not to mention a lucrative deal with Lacoste which could net up to $10m (£8) annually with winning bonuses.

Having earned a staggering $131m (£107m) in prize money over the course of a glittering career, Federer has also secured the most lucrative sponsorship deals in men’s tennis.

Boasting a huge portfolio of sponsors, Osaka is undoubtedly one of the tennis world’s most marketable stars.

Britain’s new star, Raducanu, burst into the public consciousness in 2021, winning the US Open as an 18-year-old qualifier. Her pull as an influencer instantly skyrocketed, becoming the face of global luxury brands Tiffany and Dior.

Raducanu continued to sign shrewd sponsorship deals to increase her public perception, partnering with Evian, Nike and Wilson, as well as becoming a brand ambassador for car manufacturers Porsche.

With the world at her feet, expect to see Raducanu as the face of more brands going forward!

Eccentric Aussie Kyrgios also happens to be one of tennis’s hottest properties, announcing his arrival on the biggest stage with a combination of news-worthy outbursts and audacious, nonchalant trick shots.

Kyrgios stepped up his range of endorsement deals in 2021 after signing with top US agent Stuart Duguid, and has since signed deals with PlayStation, KIA, and Old El Paso.

Having accumulated over $8.5m (£7m) of prize money through his career thus far, his annual earnings could be up to $10m (£8m) as a result of his new sponsorships.

Britain’s most decorated tennis player in history, Murray ranks fourth in all-time prize money earnings with over $60m (£49m). The two-time Wimbledon winner has enjoyed sponsorship deals with Under Armour and Adidas, and now represents Castore on the court.

Murray’s list of corporate partners has included Swiss watch brand Rado, Jaguar, and American Express. On court, the Scotsman uses Head rackets, and has appeared in a number of advertisements for the brand.

With 25.8m people watching Wimbledon live on BBC TV and a combined total of 29.4m streams on BBC iPlayer and BBC Sport, Wimbledon 2021 was the most-streamed Wimbledon yet. It’s no surprise that the tournament is a sponsor’s dream, given the scale of the event and the hefty impact a strong Wimbledon outing can have on a sponsor’s brand awareness.

Wimbledon 2022 is anybody’s game – we may yet see another unknown qualifier going deep in the tournament as Emma Raducanu did at the US Open. In that event, expect their sponsorship deals and corporate partnerships to skyrocket.

Glen Eckett, Solopress Head of Marketing, commented: ‘at Wimbledon, the media presence of the world’s tennis stars is heightened, making it the perfect opportunity for brand partnerships to maximise return on investment.’

‘The players above all use social media to great effect, posting images of real-world physical branding to help boost brand awareness. The reach and cultural significance of these images is increased by the Wimbledon hype – the perfect storm for corporate sponsors to benefit.’