By Thomas Schlachter For Mailonline

A first glance of FIFA 23’s player faces have been revealed and the Arsenal squad won’t be too happy with how they look.

The release of the new FIFA game is normally a time of year for football fans to get excited but upon looking at their side, Arsenal fans might be disappointed.

It would appear that the game has massively missed the mark when it comes to the Arsenal team – with even Mikel Arteta falling victim to the unrealistic designs.

The likenesses doesn’t get much more realistic when you go through the playing staff of the Arsenal squad, either.

Ben White, Albert Sambi Lokonga, Takehiro Tomiyasu and Emile Smith Rowe have all established themselves as important players for the Gunners but fans don’t believe they’ve been replicated properly in the new game.

One fan said ‘#FIFA23 can’t be bothered to face scan one of the biggest clubs in world football… Sort it out, it’s a disgrace!’ 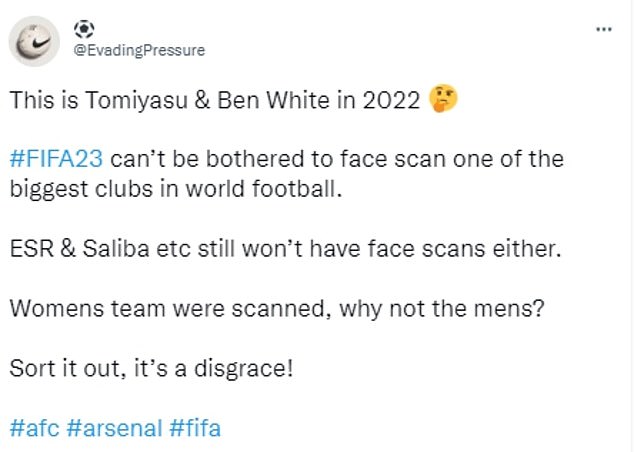 ‘Sort it out, it’s a disgrace’: This Arsenal fan isn’t happy with how his team looks in the new FIFA 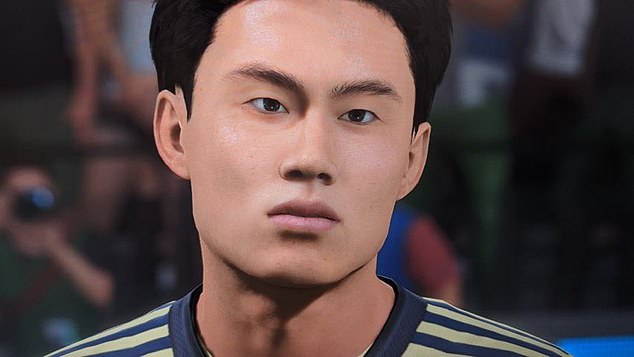 Despite being a Japanese international, Takehiro Tomiyasu is unrecognisable on FIFA 23 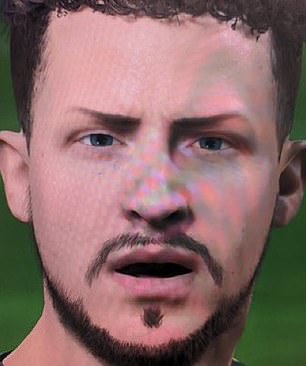 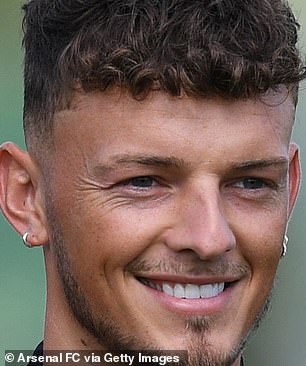 ‘#FIFA23 can’t be bothered to face scan’: Ben White looks like a different man on the new game

Arsenal fans have also noticed that one of their current players looks a lot more like a cult hero of the past.

Arsenal’s No 10 Smith Rowe is a fan favourite at the north London club but not even the most diehard fans would be able to pick him out on the game.

Instead, the 22-year-old looks more like blast-from-the-past Andrey Arshavin. 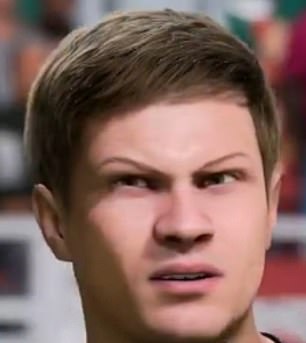 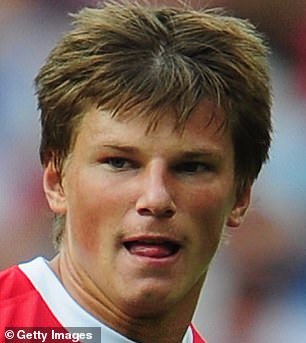 ‘Bro EA have made ESR look like Arshavin’: Smith-Rowe’s player face is not very realistic

Sambi Lokonga is another Arsenal star who will be confused about how he looks on the game.

One fan has said that FIFA have just used a ‘template’ to create the Belgium international’s face.

With the game already released in some areas of the globe, the faces don’t look like changing anytime soon and Arsenal fans will have to use this team of not-so-good lookalikes. 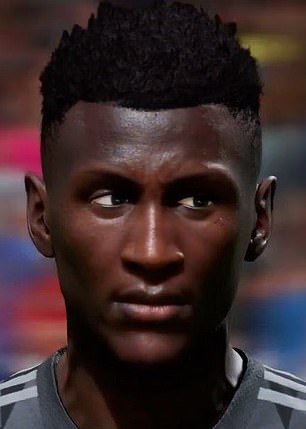 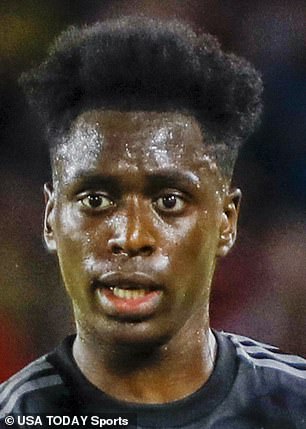