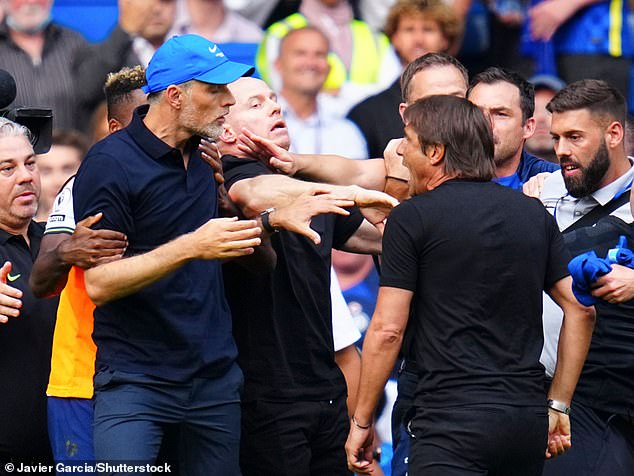 Thomas Tuchel and Antonio Conte have been charged by the Football Association for the furious touchline bust-up that overshadowed Sunday’s London derby.

Chelsea manager Tuchel and Tottenham boss Conte twice had to be separated during the 2-2, sparking furious scenes at Stamford Bridge.

And the FA have confirmed that the pair have been charged with improper conduct – and could now face punishment by the governing body.

The managers have until Thursday to respond to the charges.

An FA spokesman said: ‘Thomas Tuchel and Antonio Conte have both been charged with a breach of FA Rule E3, following the Premier League fixture between Chelsea FC and Tottenham Hotspur FC on Sunday 14 August 2022.

‘It is alleged that the behaviour of both managers was improper following the end of the fixture. 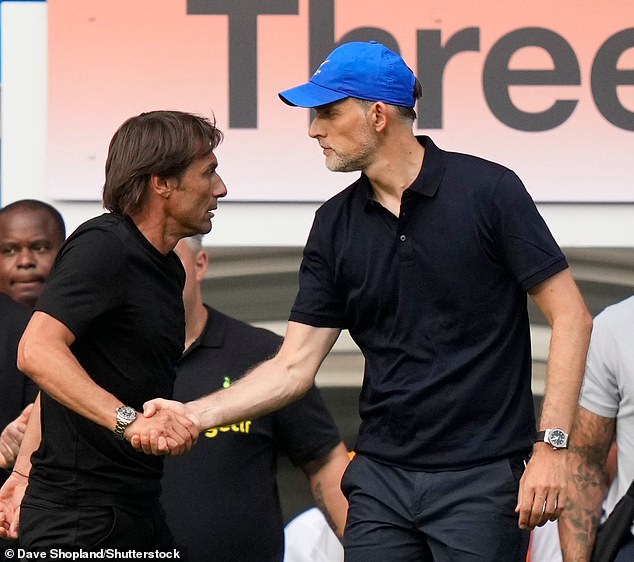 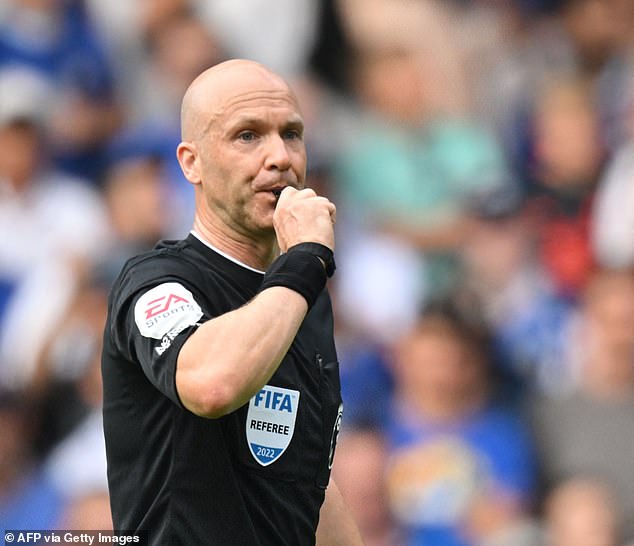 ‘Thomas Tuchel and Antonio Conte have until Thursday 18 August 2022 to provide their respective responses.’

Both bosses were issued red cards after the full-time whistle and could be headed for a touchline ban or a fine if found guilty by the FA.

Tuchel is also under investigation for comments made after the game in which he appeared to question the integrity of referee Anthony Taylor.