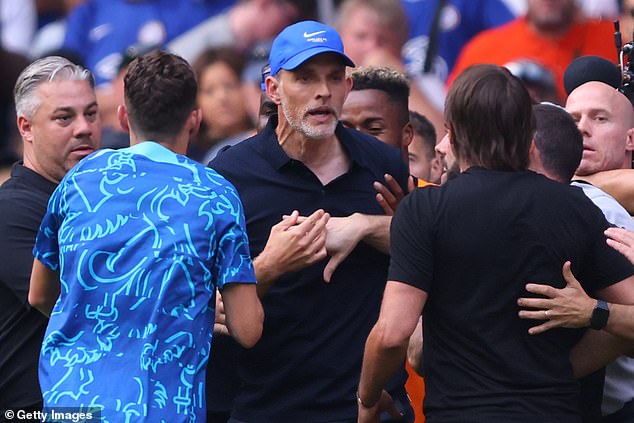 The Football Association are investigating Chelsea boss Thomas Tuchel for his remarks following Sunday’s fiery clash against Tottenham in which he appeared to question referee Anthony Taylor’s impartiality.

Tuchel blasted Taylor’s performance suggesting the official should not take charge of a Chelsea match again after the controversial draw against Spurs.

Taylor has history of angering Chelsea with his decisions having issued more yellow cards per game to Blues players than those from any other team, shown big-game red cards to Reece James and Mateo Kovacic. 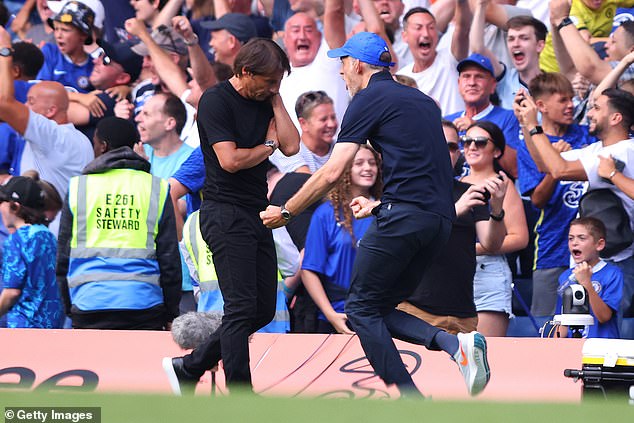 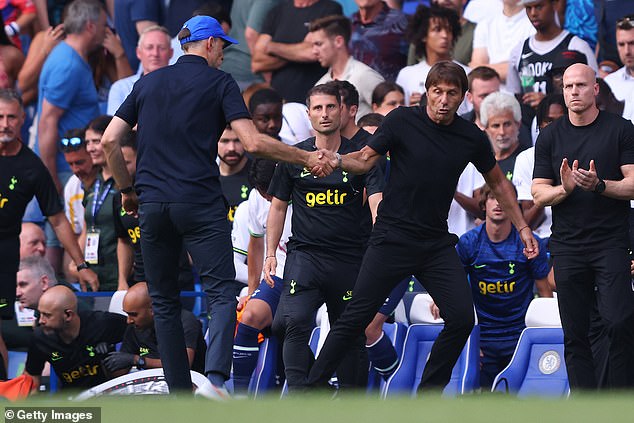 A Harry Maguire stamp on Michy Batshuayi was also among a number of incidents the Blues feel he has ignored. 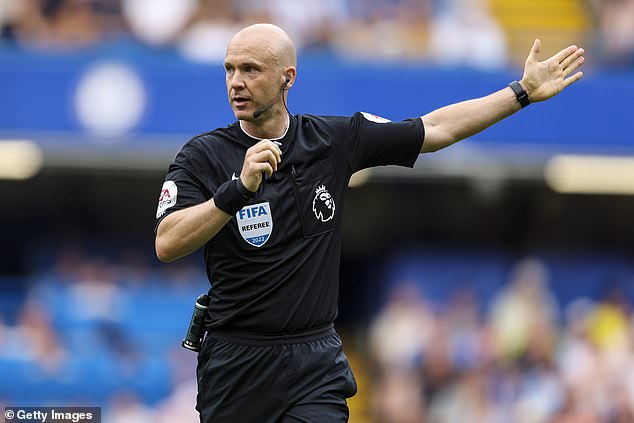 Tuchel’s fury continued into his press conference, calling for Anthony Taylor never to referee his side again

‘Maybe that would be better [if he does not referee another Chelsea game]. I don’t think that [only] some of the fans think that [Taylor has made bad decisions against Chelsea].

‘Both [Spurs] goals should not stand and then it’s a fair result. I cannot coach but the referee can whistle the next game. Good.’ 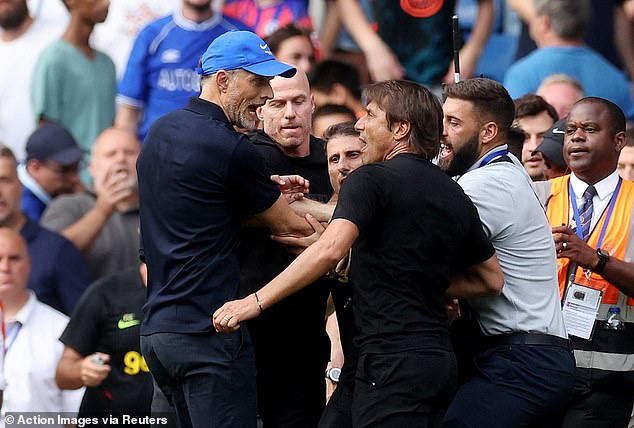 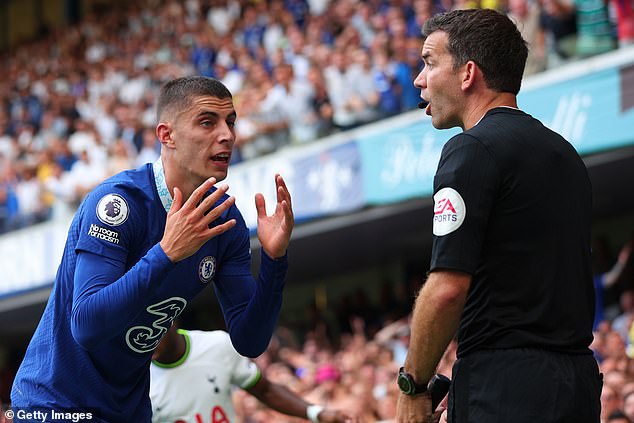 And Tuchel’s comments have now triggered an FA probe.

Tuchel is also waiting to discover on Monday whether he and Spurs boss Antonio Conte face an FA charge for the heated exchanges that overshadowed Sunday’s clash.

The pair had to be separated on two occasions at Stamford Bridge, with both eventually being shown red cards by Taylor.

The FA will examine the referee’s report on Monday before deciding whether to open an investigation into the flashpoints. 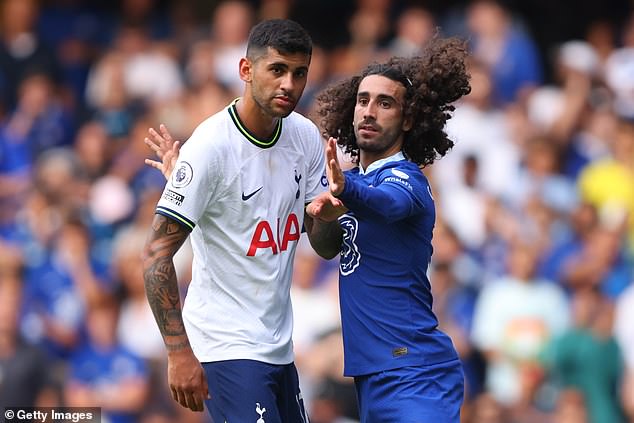