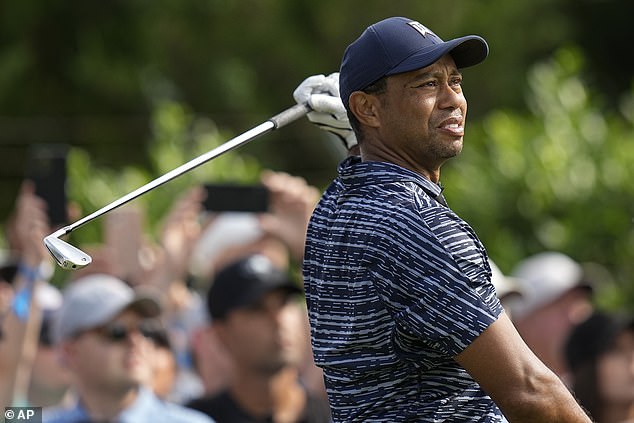 Tiger Woods struggled through his first round of the PGA Championship as he finished four-over at Southern Hills but the 15-time Major champion insisted he can get back in the tournament.

The 46-year-old kickstarted the second Major of the year with a birdie on his first hole as he continued his sensational comeback from a horrific car accident last year.

However, his round did not continue in such stellar fashion and he shot seven bogeys to card an opening round of 74 as he appeared to limp around the Tulsa course.

Following his round, Woods admitted he felt frustrated with his round, insisting it was not the typical standard of play he would expect from himself, and revealed it had been emotionally and physically taxing.

‘It’s frustrating, I got off to a great start today, I did exactly what I needed to to start off the round but I did not keep it going. 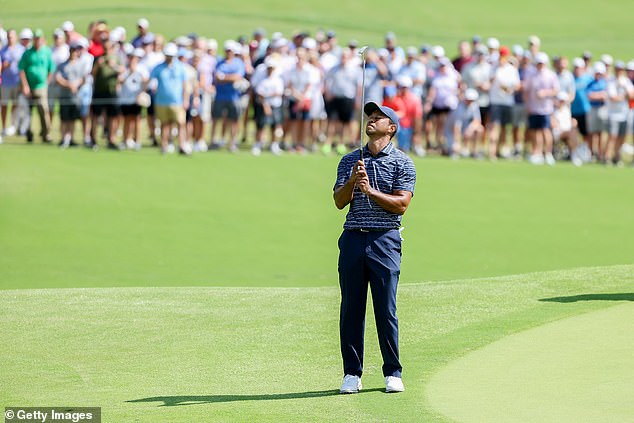 ‘I hit a lot of bad iron shots and put myself in a lot of bad spots. Never really gave myself any birdie putts.

‘I felt comfortable with the driver and hit a lot of fairways with it but from there it was not very good.

‘Most of the bunker shots I hit were long but predominantly I hit bad iron shots and that’s not normally how I play. Today unfortunately that’s kind of what it was.’

Woods is now left with a lot of work to do on day two to make it to the weekend but he revealed he would begin the recovery process immediately to look to shoot a mid-60s round on Friday. 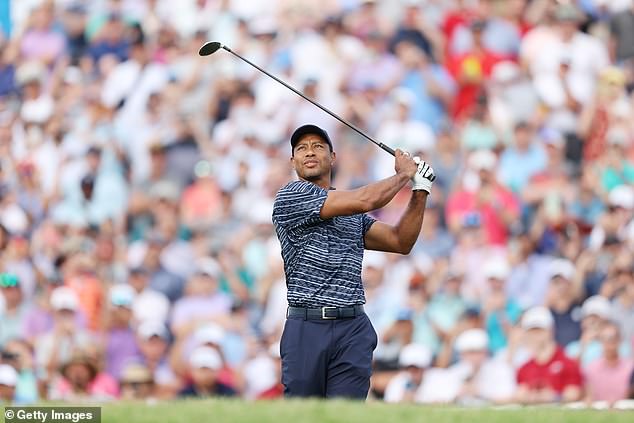 ‘Try and shoot something in the mid-60s tomorrow. Rory proved today it can be done, he made it look very easy.

‘It can be done. I witnessed it first hand. Hopefully I can shoot something low and get back in the tournament.’

Woods’ playing partner Rory McIlroy surged into an early one-shot lead as he carded an opening round of 65.

Woods will begin his second round at 7.36pm (BST) alongside clubhouse leader McIroy and Jordan Spieth again.