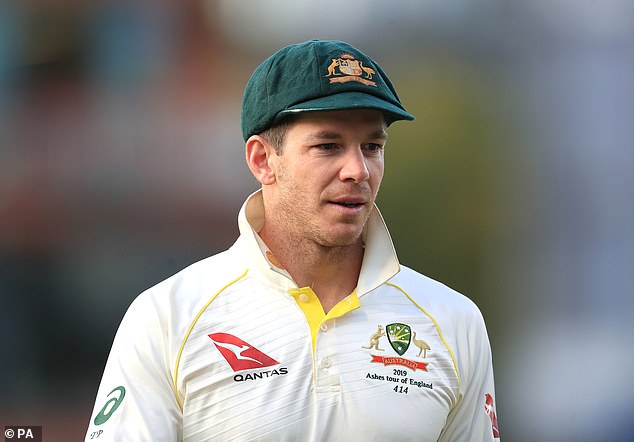 From Test captain to out of the game in just SIX MONTHS! Tim Paine’s playing career appears all but over after Tasmania contract snub as things go from bad to worse for shamed star following sexting scandal

Tim Paine’s playing career appears over with the former Australian captain not given a fresh contract with Tasmania, just six months after resigning as skipper of the national side.

Paine, who stepped down as Test captain in a sexting controversy before last summer’s Ashes series, hasn’t been included in Tasmania’s contracted-player list.

After taking time away from cricket after his captaincy resignation, Paine returned to the Tasmanian fold as an assistant coach late last season.

But his playing career remained uncertain until the release of the Tigers squad on Thursday.

Paine is understood to be keen to remain involved in cricket in a coaching or development role, but his on-field career appears to have ended after 35 Tests and 147 first-class matches.

Last month, Tasmania Tigers coach Jeff Vaughan, who on Thursday inked a five-year deal to return as head of the men’s program, said he was yet to have any major meetings with Paine. 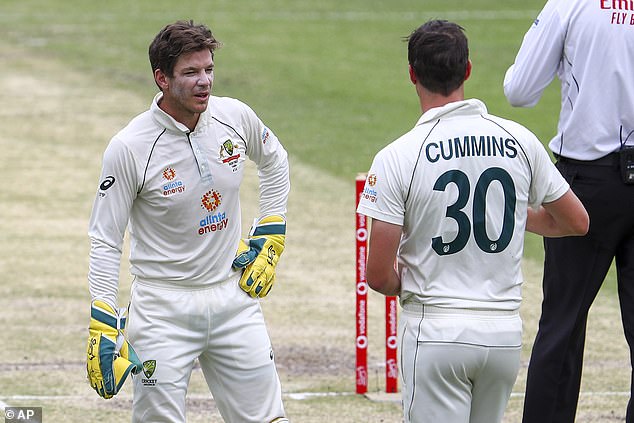 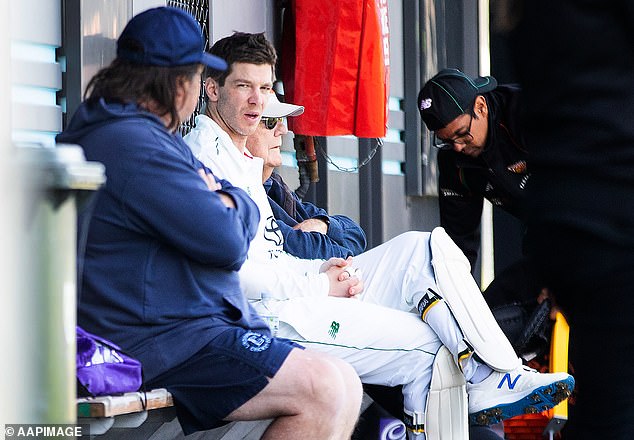 ‘Tim has been a wonderful leader in this program and I wish him all the best wherever (his future) goes, whether it’s in the playing sphere, or outside of cricket,’ Vaughan said.

Vaughan, returning to the Tigers’ job following a 10-month stint as a national assistant, said he was looking to fill state assistant coaching roles.

‘I think (Paine has) got coaching credentials, a coaching skill set. I haven’t spoken to him for quite some time about it,’ he said.

‘I know that coaching was something he has spoken about post his career. We’re yet to understand when is post-career.’

Last November, an emotional Paine stood down from his post as Australia Test captain after details of his sexting scandal with a Cricket Australia staff member became public. 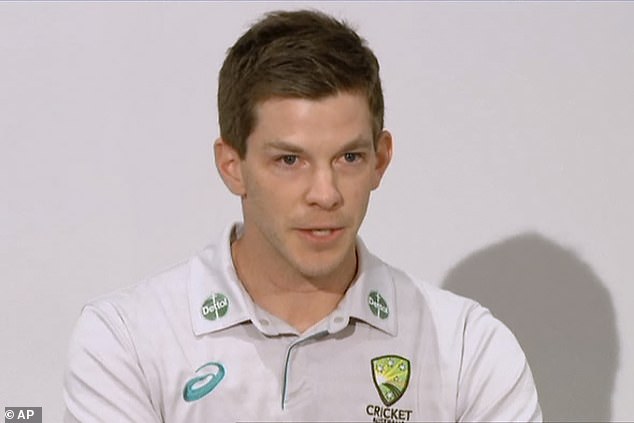 A coaching career may be on the horizon for Paine, who emotionally stood down in November

‘I recently became aware that this private text exchange was going to become public. On reflection, my actions in 2017 do not meet the standard of an Australian cricket captain.’

Cricket Australia is believed to have found out in June 2018 and launched an investigation, along with Cricket Tasmania.

The woman interacted with Paine on and off for about a year, and the leaked messages were flirtatious by both parties.

Seven months after the incident, the woman sent a letter to Cricket Australia and Cricket Tasmania, as well as the Australian Human Rights Commission, complaining of sexual harassment.

The woman took issue with ‘Mr Paine’s sexually explicit, unwelcome and unsolicited photograph of his genitals in addition to the graphic sexual comments’.