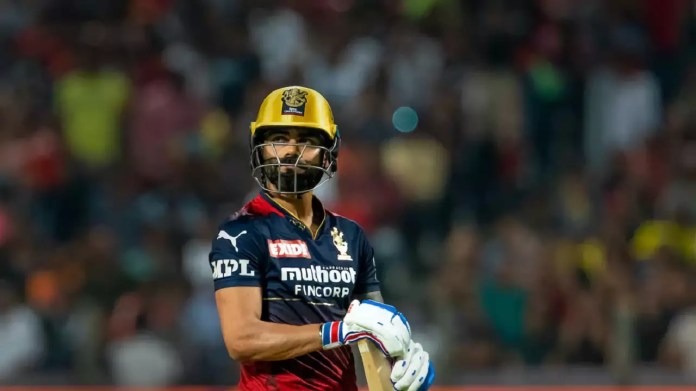 IPL 2022: Virat Kohli who is undergoing a lean patch with the bat is contemplating to take a potential break from cricket. The former Indian captain wants to rejuvenate himself mentally to get him back to his best with the bat and he is ready to discuss about his potential break with the BCCI and Indian head coach Rahul Dravid. Follow InsideSport.IN for more updates.

Kohli, who was scoring hundreds for fun until 2019 is waiting for three years now to score his 71st international century. He last scored a century in any format during November 2019. Since then, his form has gradually dipped and in this IPL season, he has scored only 236 runs in 13 matches. He has been dismissed for golden ducks on three occasions.

His poor form has raised concerns about his place in the Indian team for the upcoming series against South Africa. Speaking to IPL’s official broadcaster Star Sports, Former India coach Ravi Shastri had earlier said. “Virat Kohli is overcooked. If anyone needs a break, it’s him.”

Kohli too has now agreed that a break is a healthy option and has confirmed that he would dicuss it with the urrent head coach Rahul Dravid and BCCI. Speaking to Star Sports in an interview, he said,“There is one person precisely who has mentioned it (taking break), which is Ravi Bhai and that’s because he has seen from close quarters over the last six-seven years the reality of the situation that I have been in. The amount of cricket that I have played and the toll that it takes on you with seven years of captaincy in between.”

Also Read: IPL 2022: High-spirited Virat Kohli not CONCERNED with LOSS of FORM, says ‘I am at happiest phase of life’

“It’s definitely a thing that one needs to consider because you don’t want to do something which you are not part of 100 per cent. And I have always believed in that in my life. So, to take a break and when to take a break is obviously something that I need to take a call on,” he added.

Kohli believes that a break would be a healthy decision for anyone in order to rejuvenate. “I don’t think there is anything wrong with that. It’s a healthy thing with the amount of cricket we play. It’s about finding balance and that balance which is right for you as an individual. I will definitely discuss this with all the people involved – Rahul Bhai, the Indian team management, he said.

Depsite undergoing a poor season in IPL, Kohli said that his struggles with the bat cannot be compared to his struggles in the 2014 England Tour, where he finished with an average of 13.40 in 10 innings. “(Then) I didn’t feel like I was batting well at all. I had to work hard on one thing that could be exposed again and again, which I overcame. Right now, that’s not the case. I know where my game stands. So, this phase for me is an easier phase to process. I don’t want to put this phase behind me. When I come out of this phase, I know how consistent I can be,” Kohli added.

Kohli said that he is focussed on helping India win two big titles this year. “I want to win the Asia Cup and the T20 World Cup. For that I’m ready to do anything for the team,” he concluded.