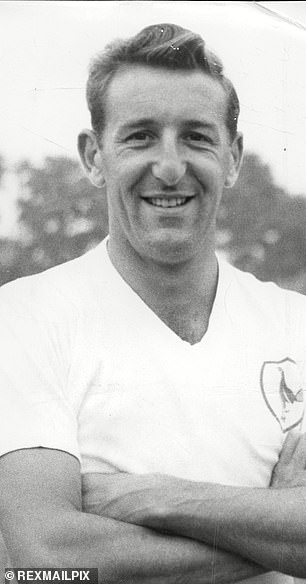 Former Tottenham captain and double-winning midfielder Tony Marchi dies aged 89, with club set to pay tribute with a minute’s applause before their clash with West Ham

By Oli Gamp For Mailonline and Pa Sport Staff

Tottenham have announced the death of their iconic former midfielder Tony Marchi at the age of 89.

Marchi was part of the club’s famous 1961 double winning side under Bill Nicholson and also won the UEFA Cup Winners’ Cup during his successful spell with the club across two stints.

He played 232 times in total for the Lilywhites – starting his career with them as a junior player in 1947 before playing 131 games and also being awarded the captain’s armband during his first stint.

Marchi then left for Italy – where he had family roots – initially set to join Juventus in 1957 before a technical error prevented him from playing for the Old Lady. 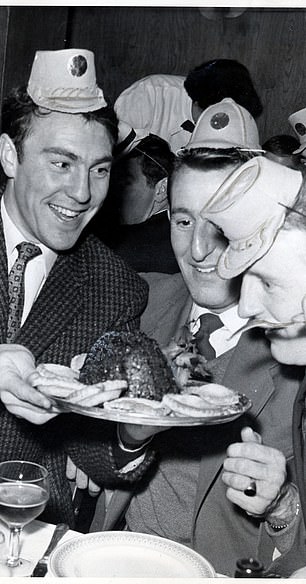 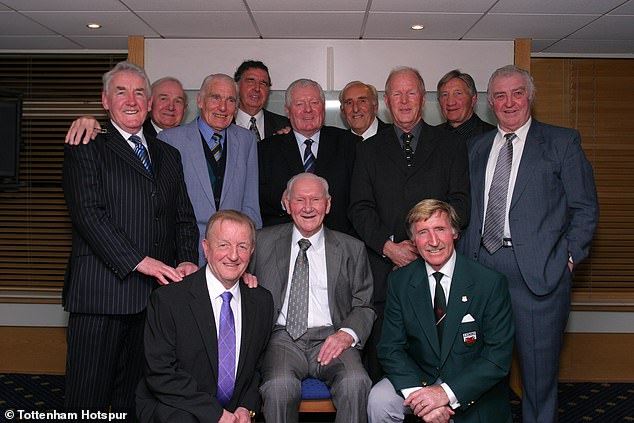 Marchi (fourth from left, top row) was recognised by the club as one of their most iconic players and was inducted into their hall of fame alongside Cliff Jones and Bobby Smith

Instead, he turned out for Torino and Vicenza before Nicholson decided to bring him back to north London – as he enjoyed one of the most memorable moments in the club’s history by winning the 1961 title, the club’s second in their history.

Marchi started in the 5-1 win against Atletico Madrid in the European Cup Winners’ Cup final in 1963 when Tottenham became the first British team to lift a major European trophy. 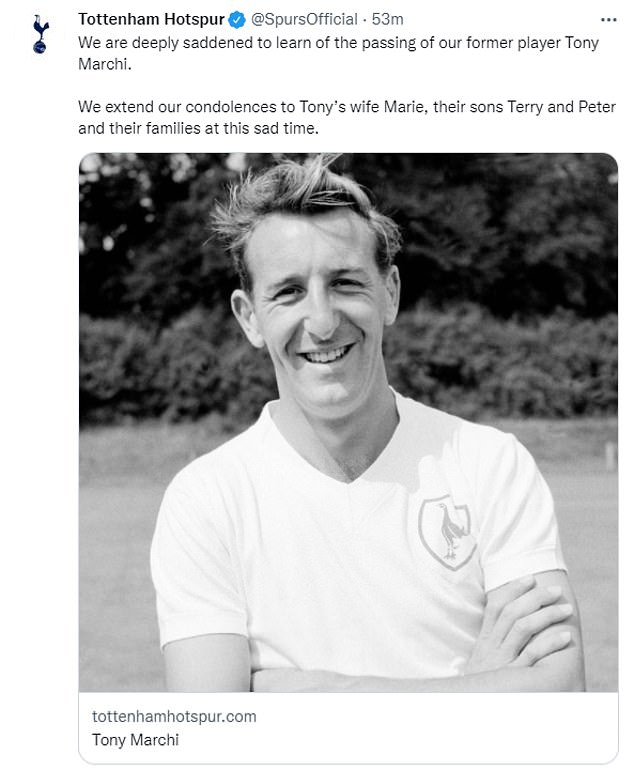 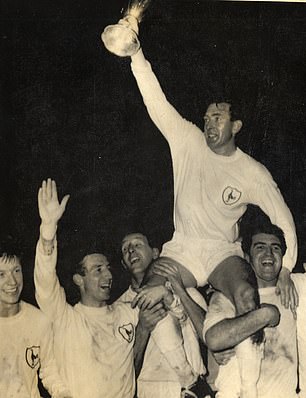 He scored seven goals in a total of 260 appearances in all competitions for Spurs and after leaving the club in 1965, and later managed both Cambridge United and Northampton Town.

In a statement confirming the news of Marchi’s death, Tottenham wrote: ‘We are deeply saddened to learn of the passing of our former player Tony Marchi.

‘We extend our condolences to Tony’s wife Marie, their sons Terry and Peter and their families at this sad time.

‘As a mark of respect, our players will wear black armbands during Sunday’s Premier League home match against West Ham United, with a moment’s applause observed before kick-off.’